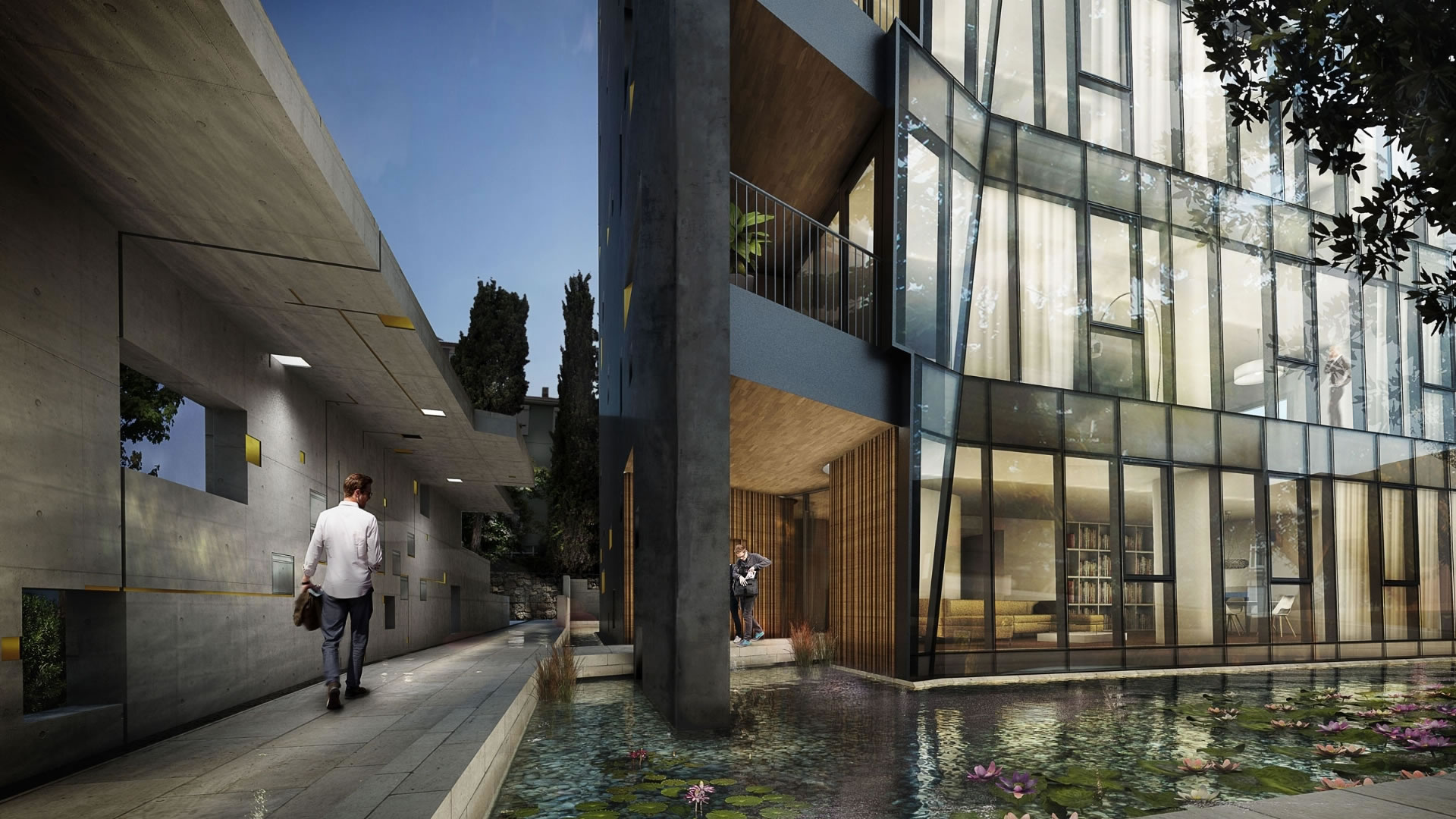 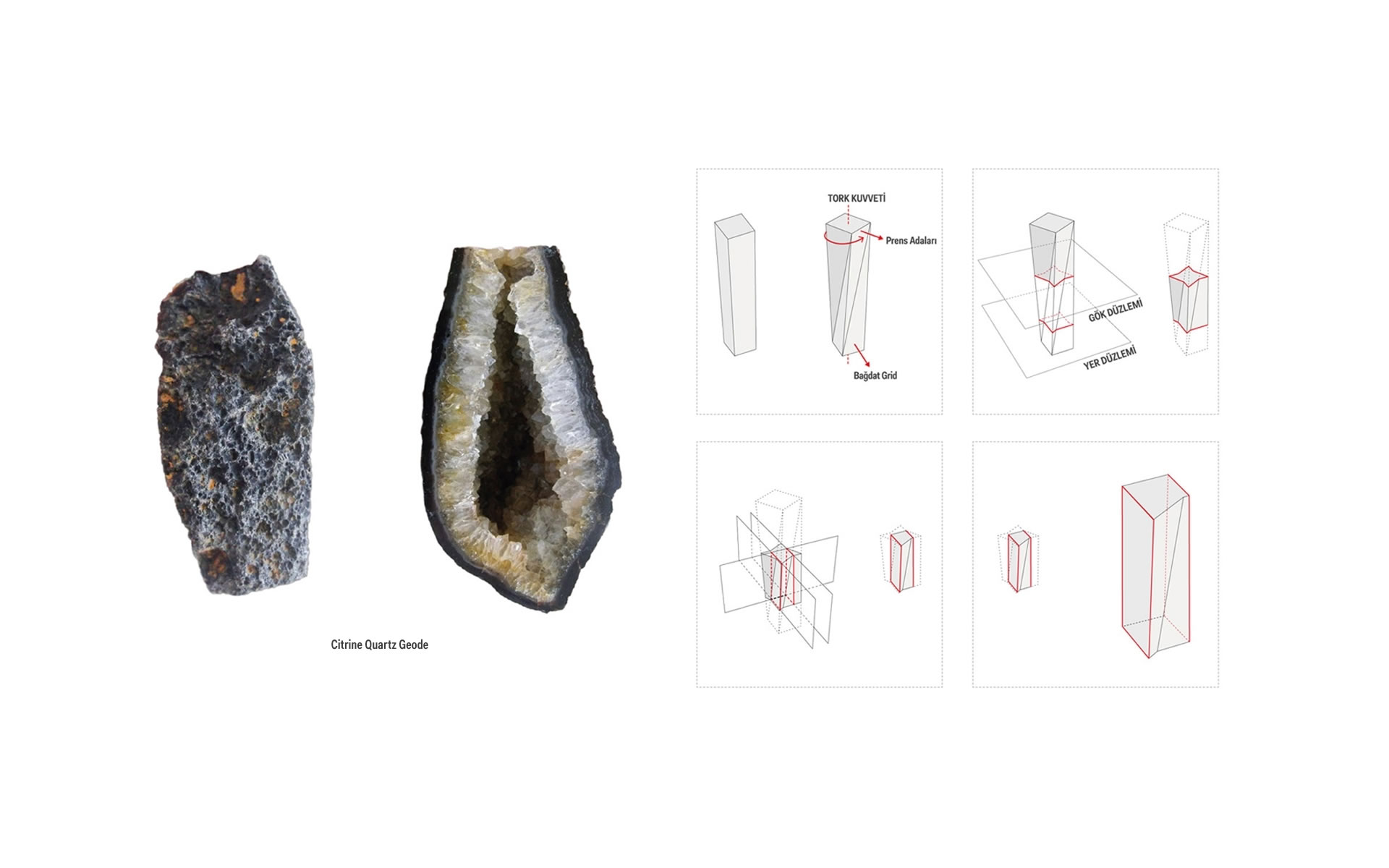 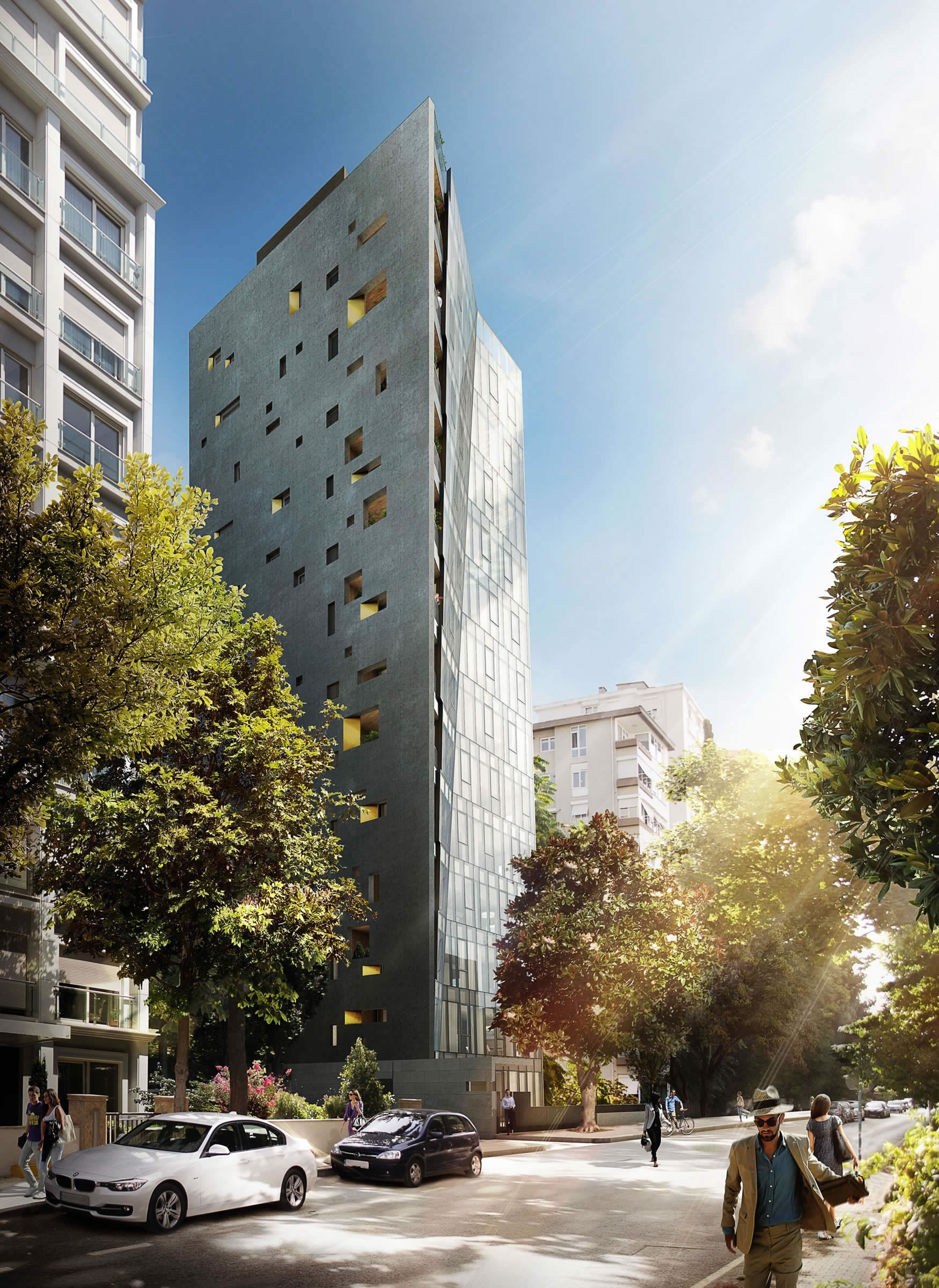 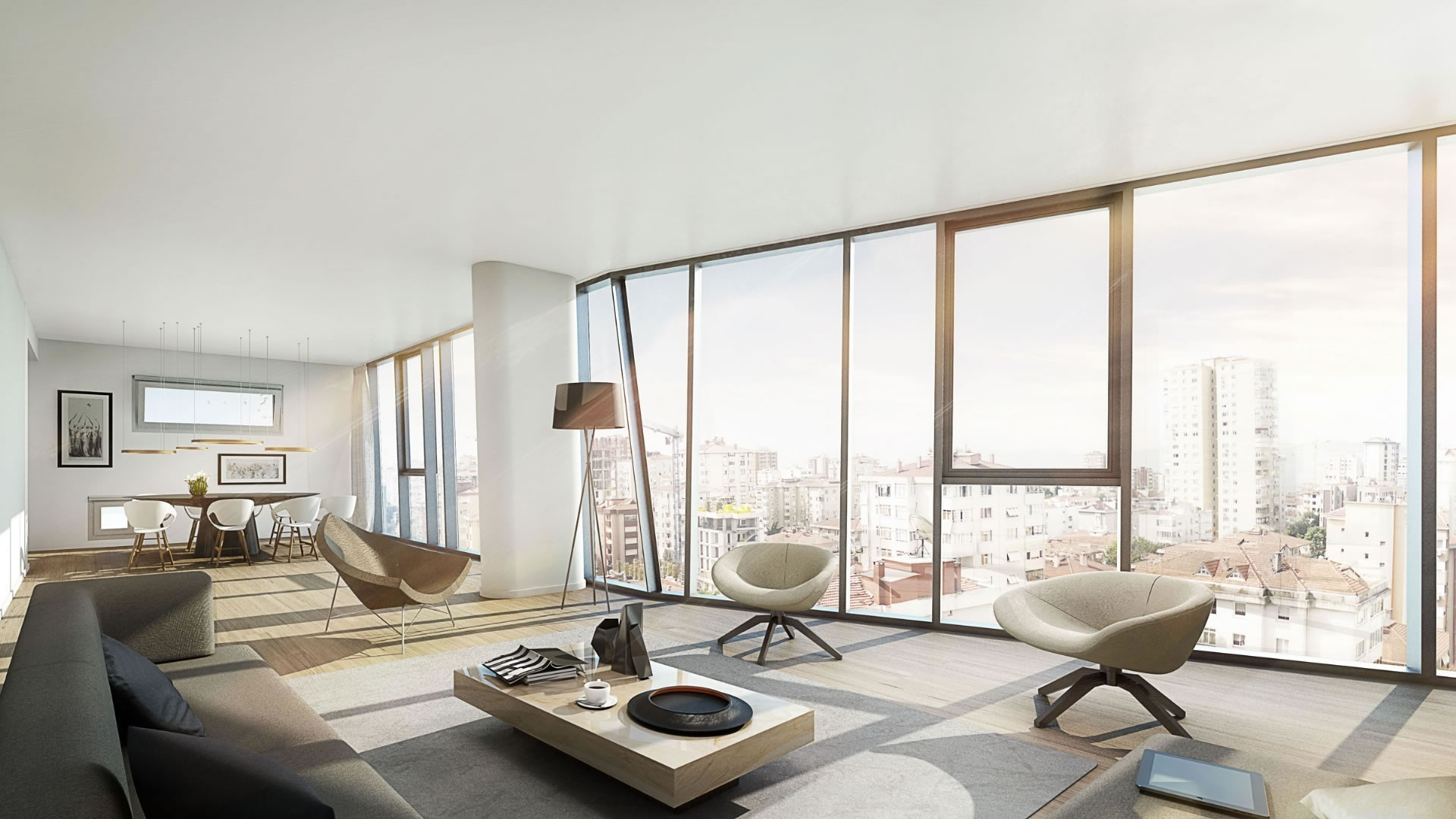 Zenel, a 14 story residential building, is in the upmarket residential neighborhood of Erenköy, on Istanbul’s Asian side. It is near the vibrant Bağdat Avenue that runs for about 14 km from east to west almost parallel to the Sea of Marmara coastline.

Unlike old Istanbul, this relatively new neighborhood has a grid pattern formed by the east west axis of Bağdat Avenue.

The ground plane of the site follows the “Bağdat Grid” so is parallel to the avenue while the sky plane of the building is rotated to face towards the Prince Islands, an archipelago, 10 km south of the Marmara Sea coast.

The building from top to bottom is torqued between these two forces, the Bağdat Grid and the view  to Prince Islands, creating an effect of a crystallized molten rock.

Traditionally buildings have a tripartite organization associated with classical columns. The base, the shaft and the top.

Here the reflective pool and the sky act as elements that hide the virtual base and the virtual capital. The detached shaft appear like a rock that is rugged and weathered on the outside, yet so sparkly and polished on the inside.

This creates a duality of time in which the archaic and the new are juxtaposed.