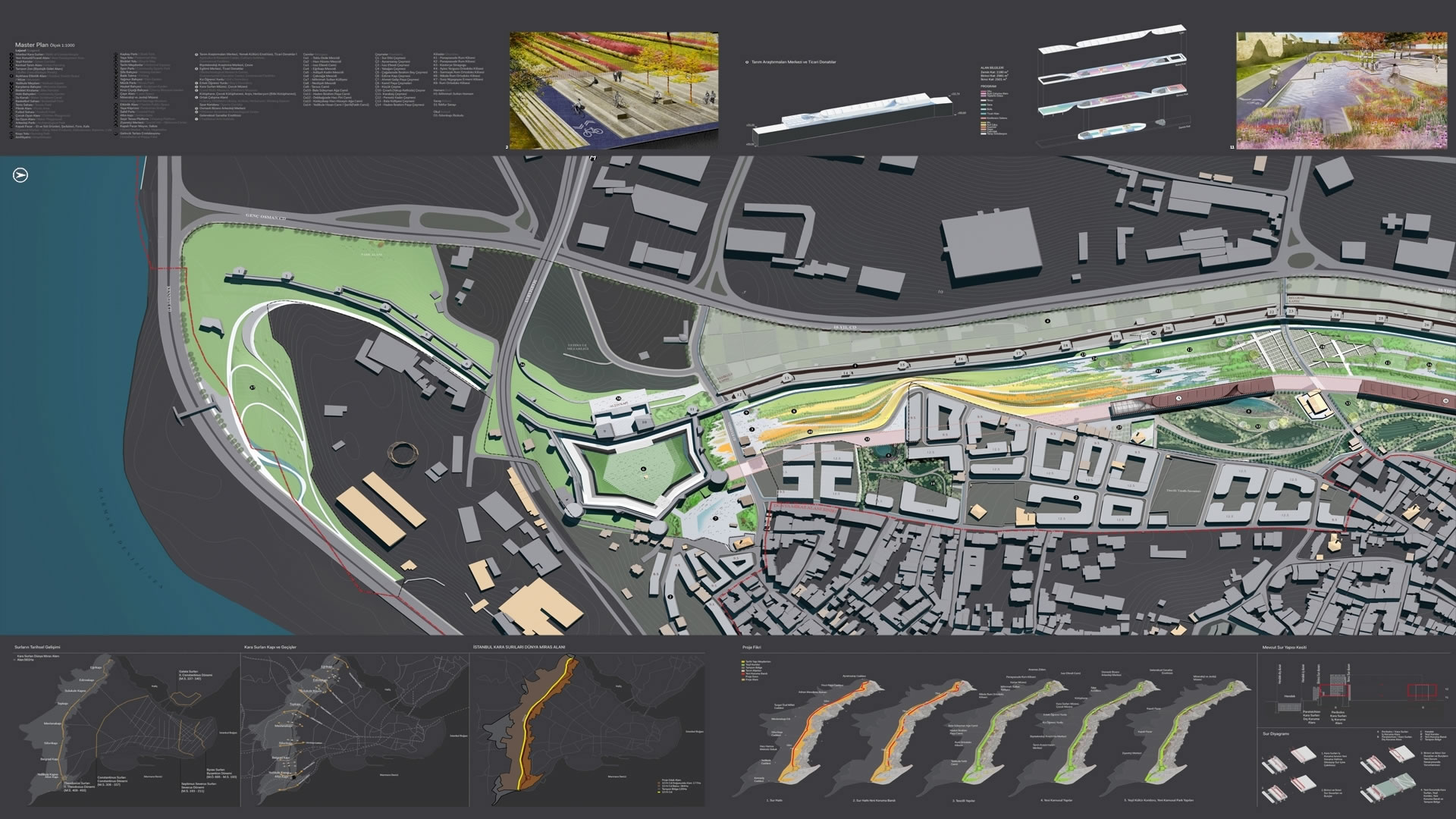 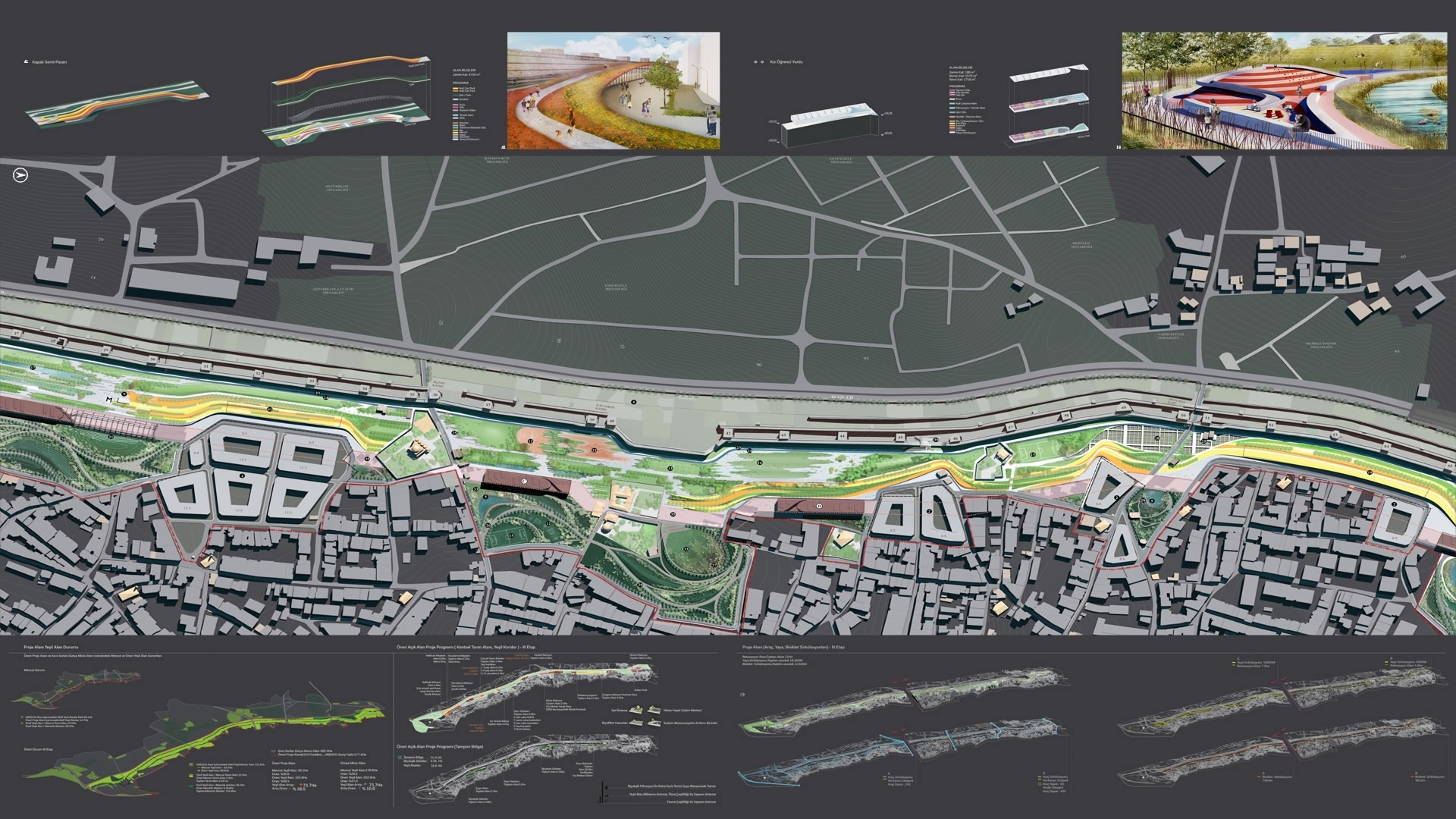 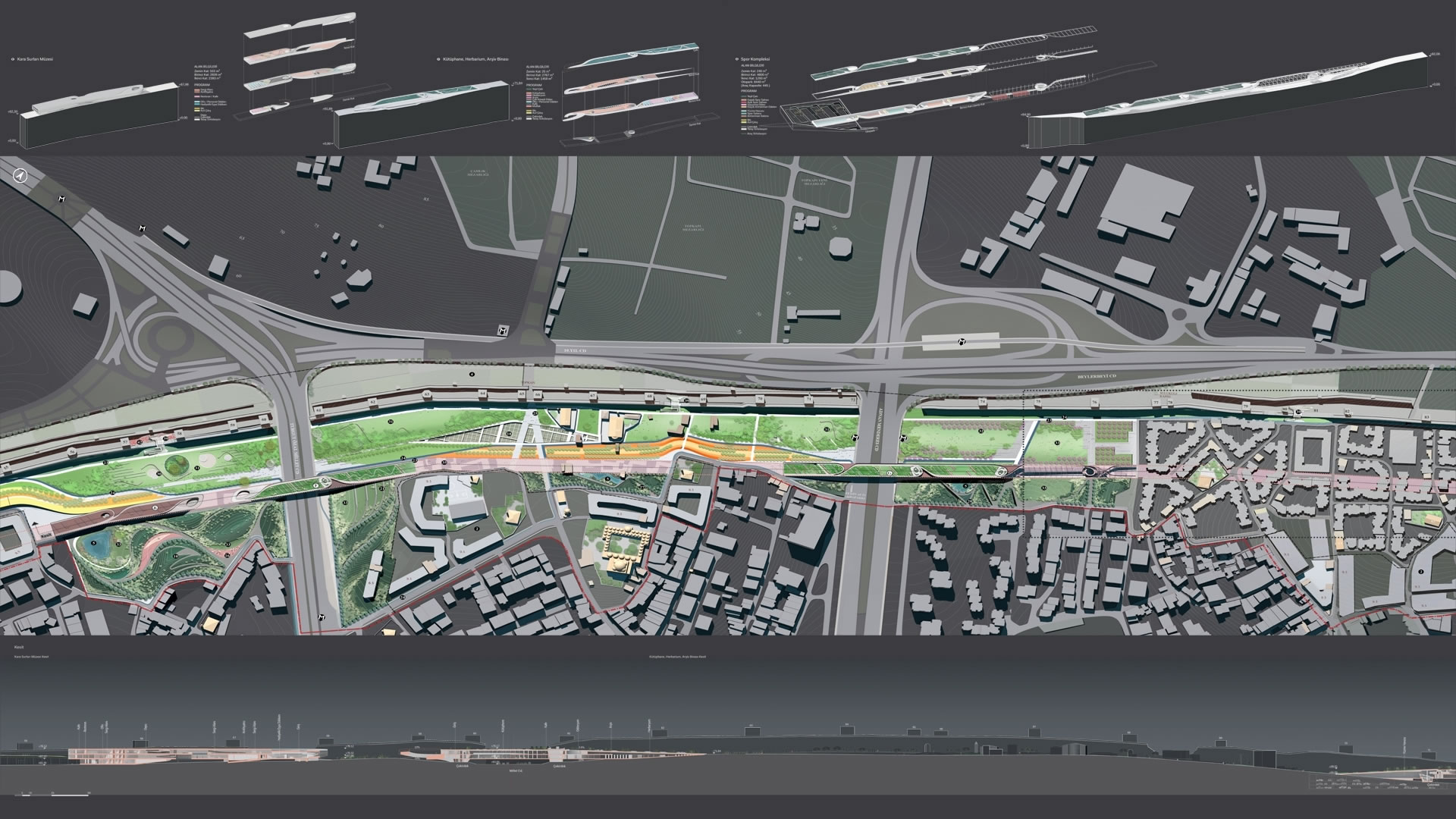 1500 years ago Theodosius Land Walls were built to defend Constantinapole, now Istanbul, once the capital of Eastern Roman Empire, protected the city for 800 years.  Today the walls that defended the city, need to be protected from the city itself.

Damaged by attacks and earthquakes over the centuries, The Land Walls UNESCO World Heritage Site is threatened by its urban edge due to illegal construction, poor urban planning and its initiatives.  The neglected site has the conditions to facilitate crime and violence, is unsafe for the city dwellers.

The Urban Design Project for the land walls of Istanbul aspires to be a greenbelt extending across the peninsula from the shores of the Sea of Marmara to the Golden Horn with safe and a pedestrian friendly urban park to protect the walls along with the cultural assets in the World Heritage Site by controlling the destructive urban edge.  The hidden and ignored cultural treasure is unraveled like gemstones found on the ground throughout the park by clearing the site from illegal construction. New excavations at the proposed archaeo-parks near the gates of the city will uncover more layers of history, amplifying its identity as a heritage site.  The Urban Design Project for the land walls of Istanbul will attract tourism and become an important touristic route for the Historical Peninsula.

The 7 kilometer greenbelt on its longitudinal axis will have two edges.  The hardest edge on the west is indeed the land walls itself which needs structural strengthening.  The east edge deals directly with the city which is the more problematic side that will need more attention.  Although the medieval wall lost its meaning for its defensive purposes, its spectacular physical presence created a semi permeable barrier edge defining the boundary of the historical peninsula which is the identity of the city of Istanbul.

We imagined the city edge as not hard as the wall edge but well defined, controlled and permeable to heal the traumatized urban condition.  The one of a kind double fortification wall with its moat was used as precedence for the new protection strip that will help protect the greenbelt and the wall from the city edge.

The 18 meter strip between the double walls is virtually pushed 102 meters from its center axis to the city side anchoring on the Yedikule Treasure Tower that also has the same girth, used as the New Protection Strip that edges the urban park.