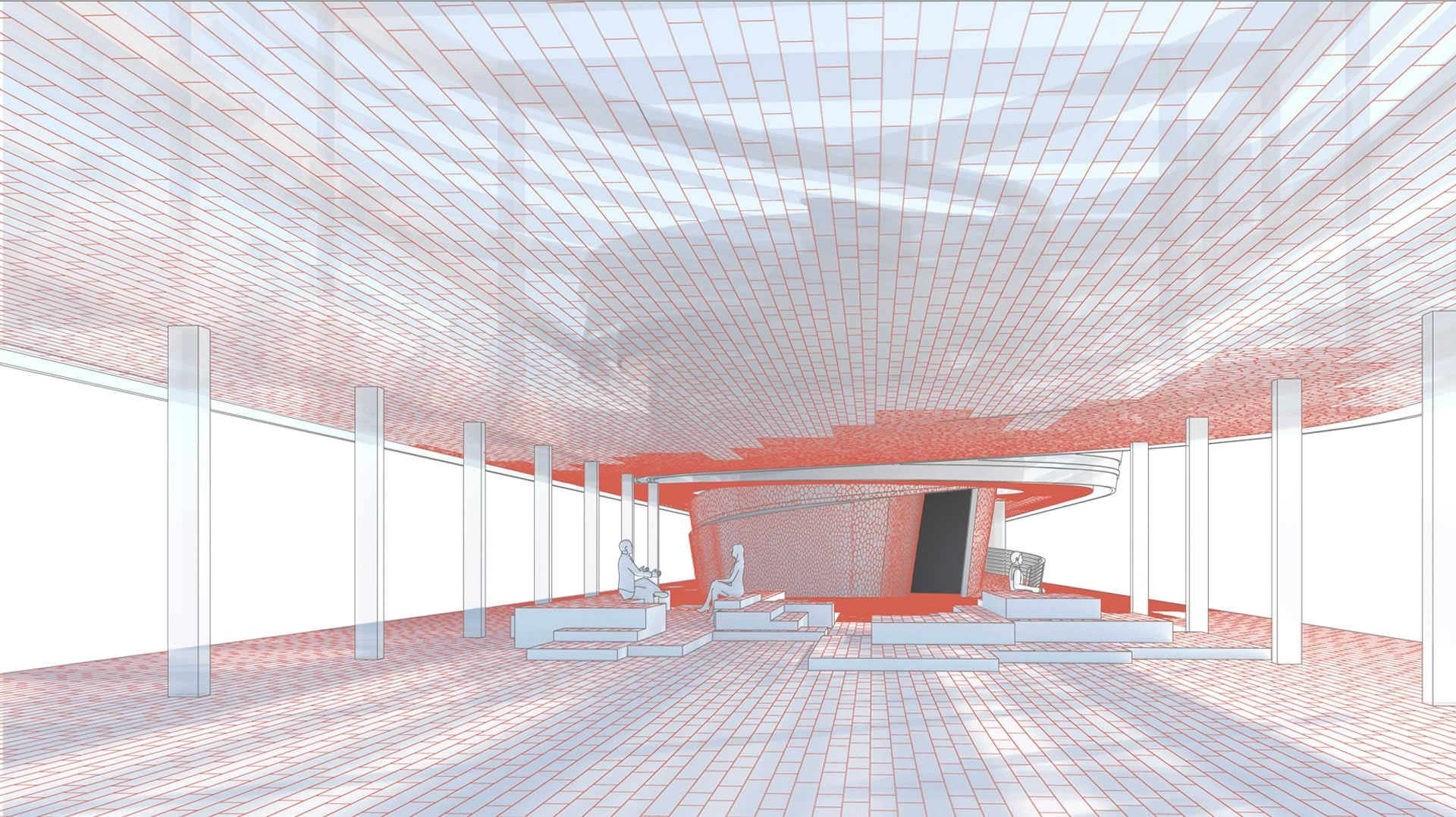 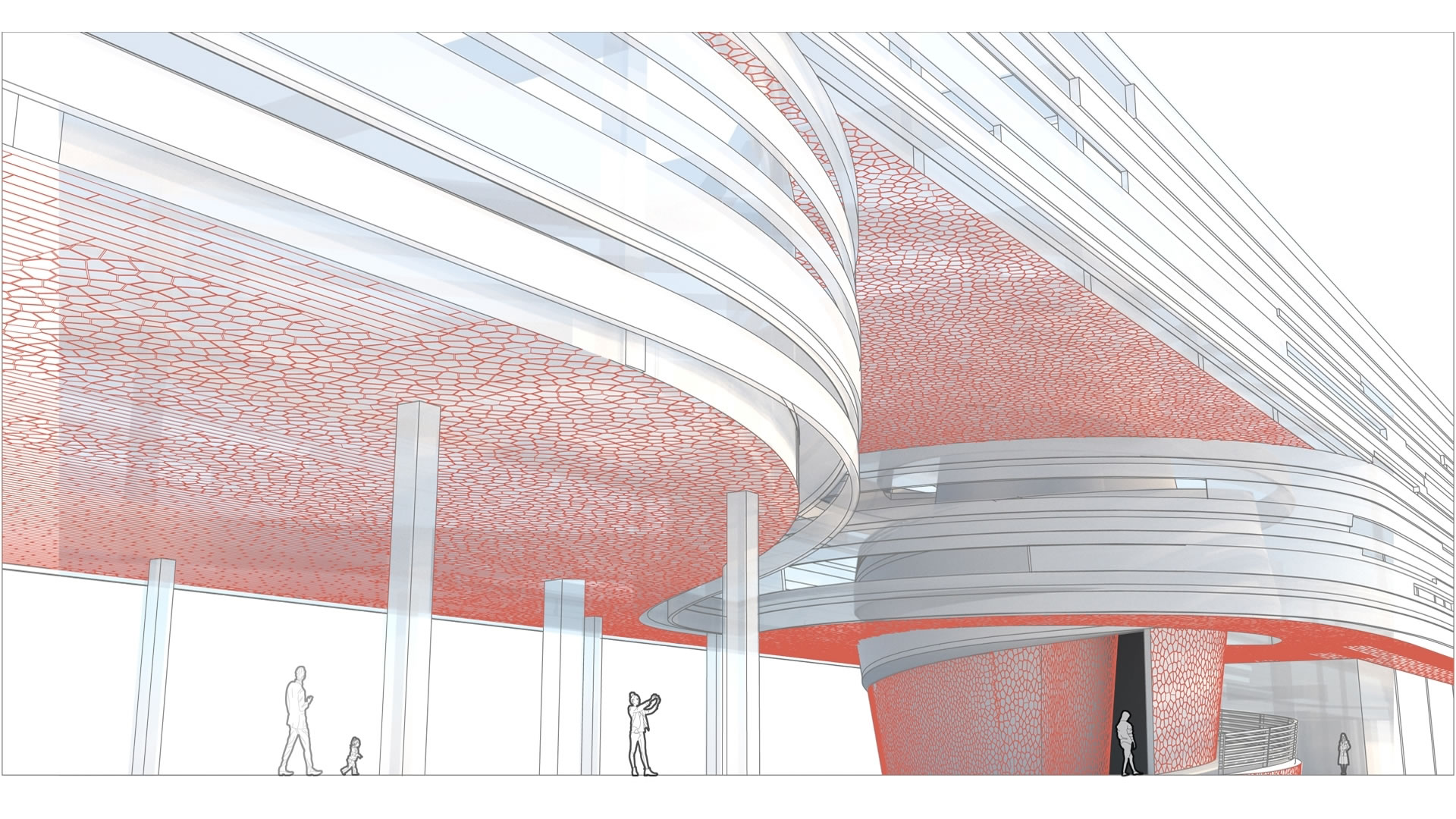 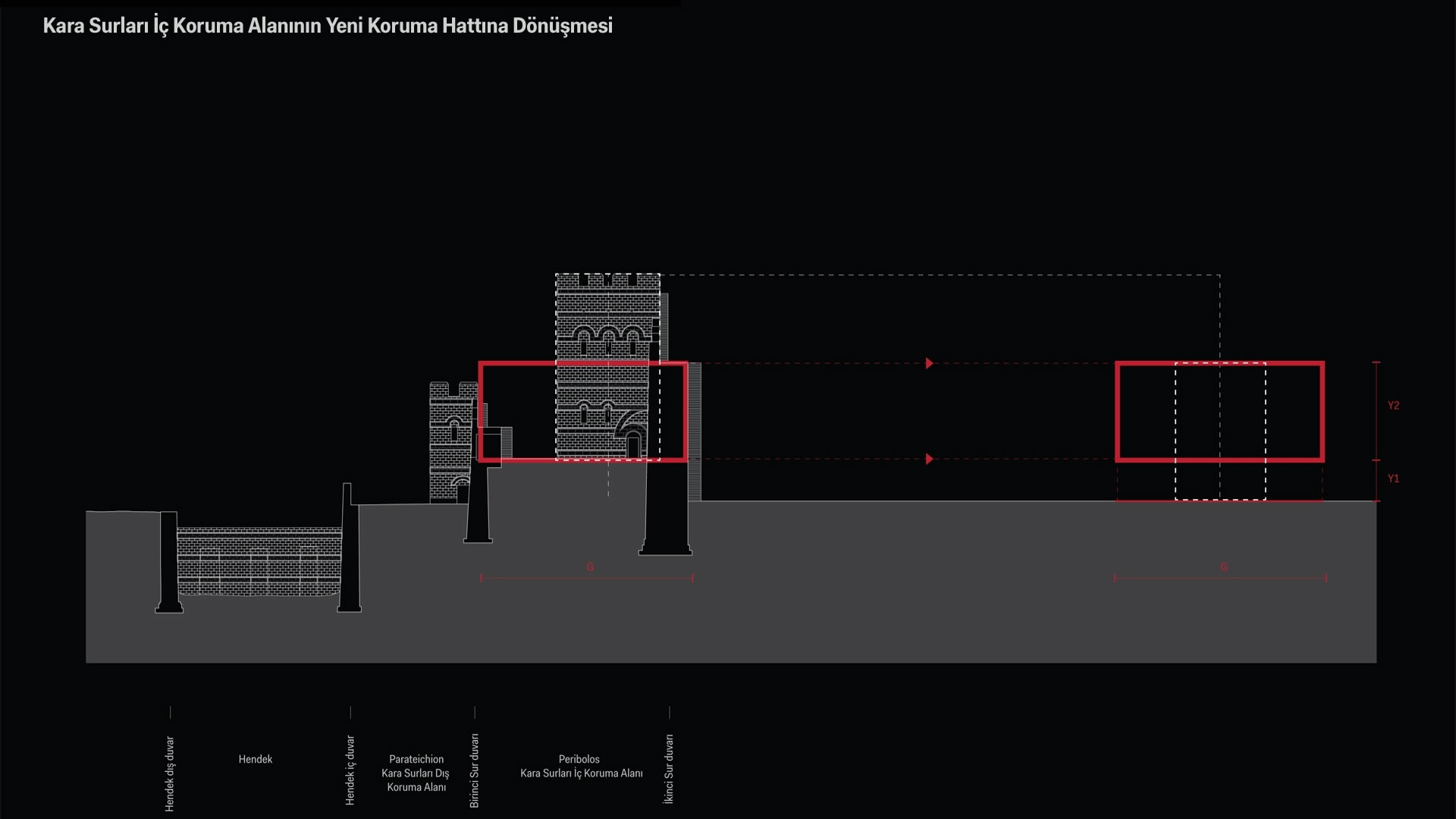 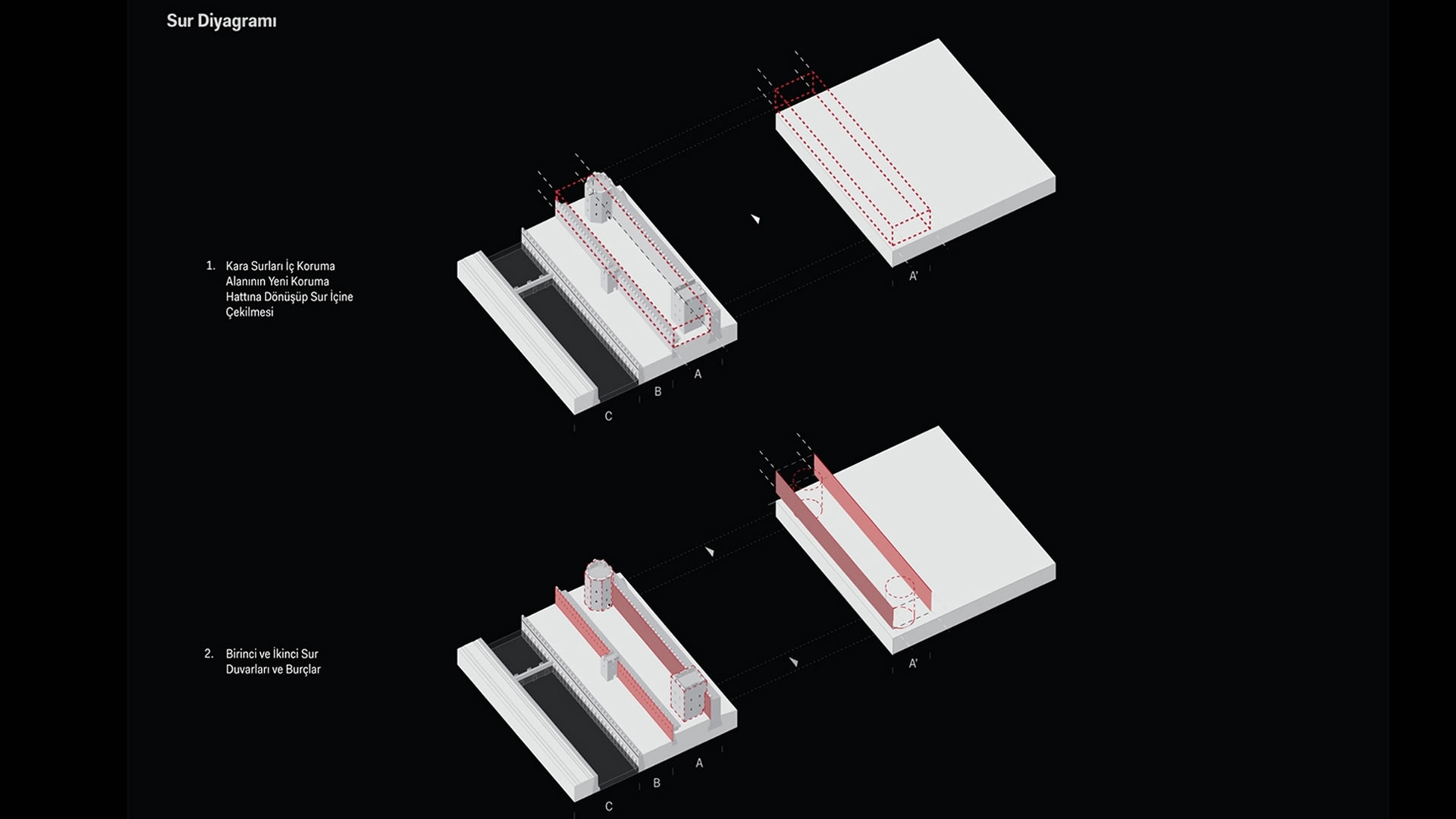 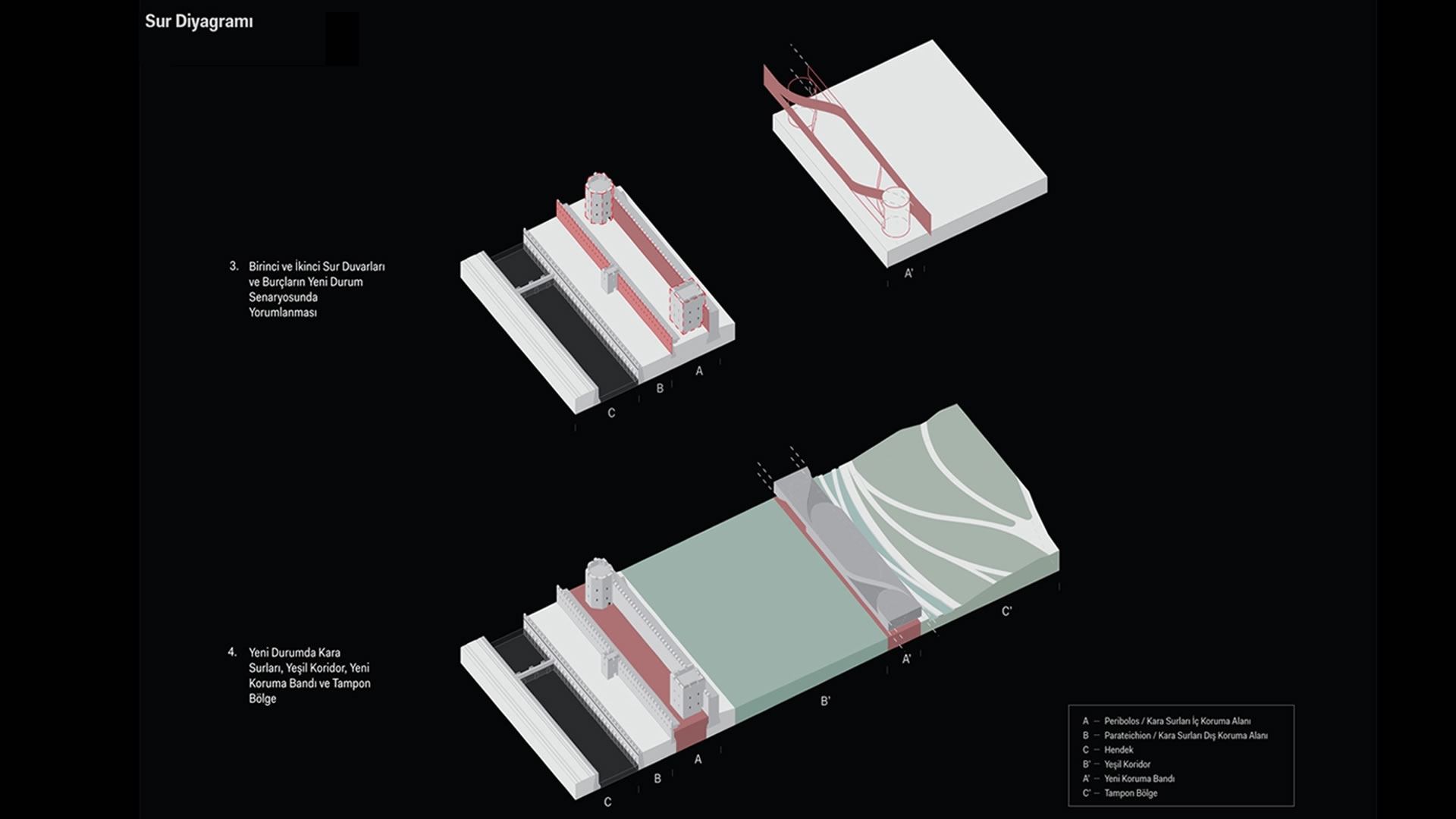 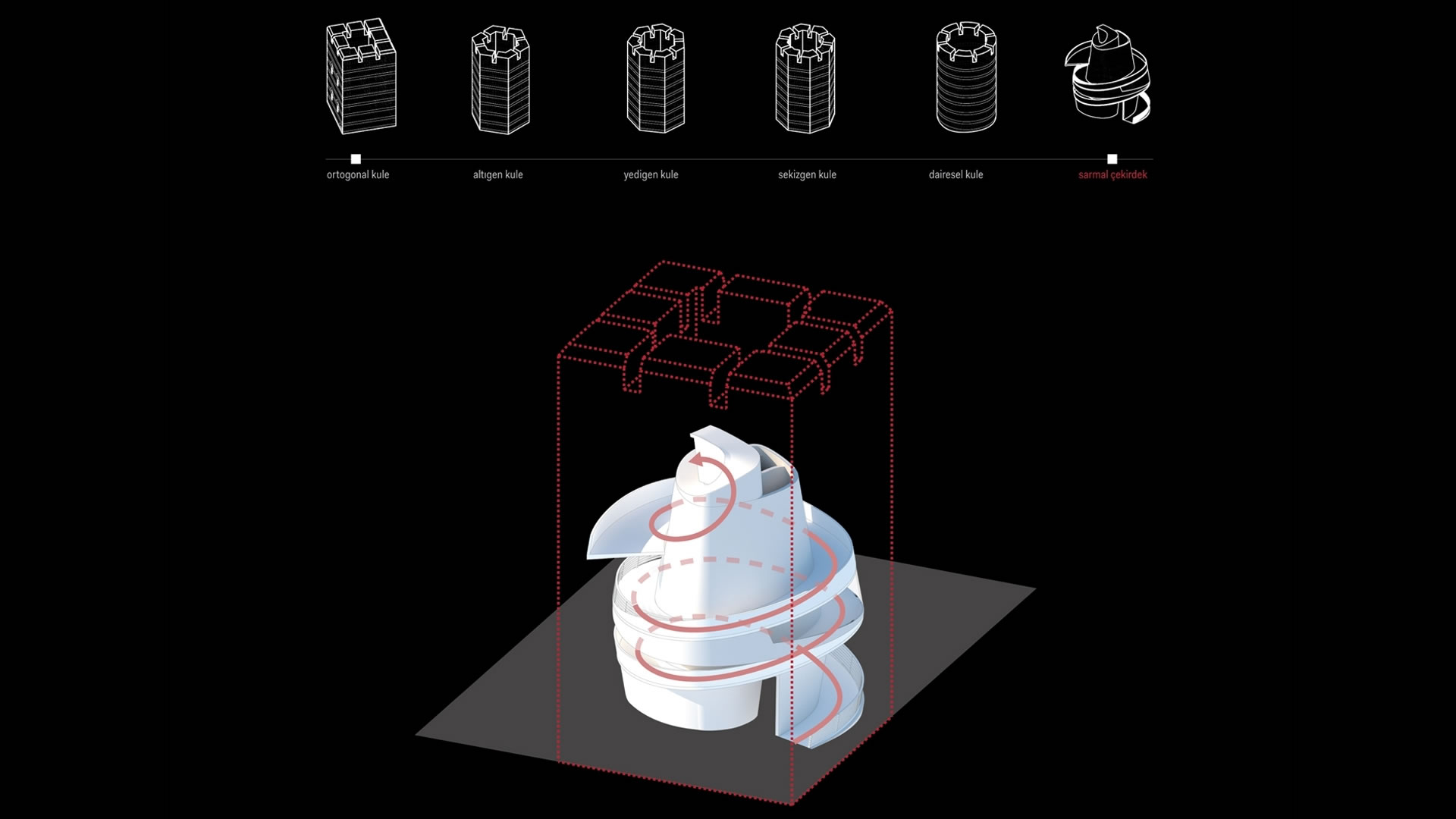 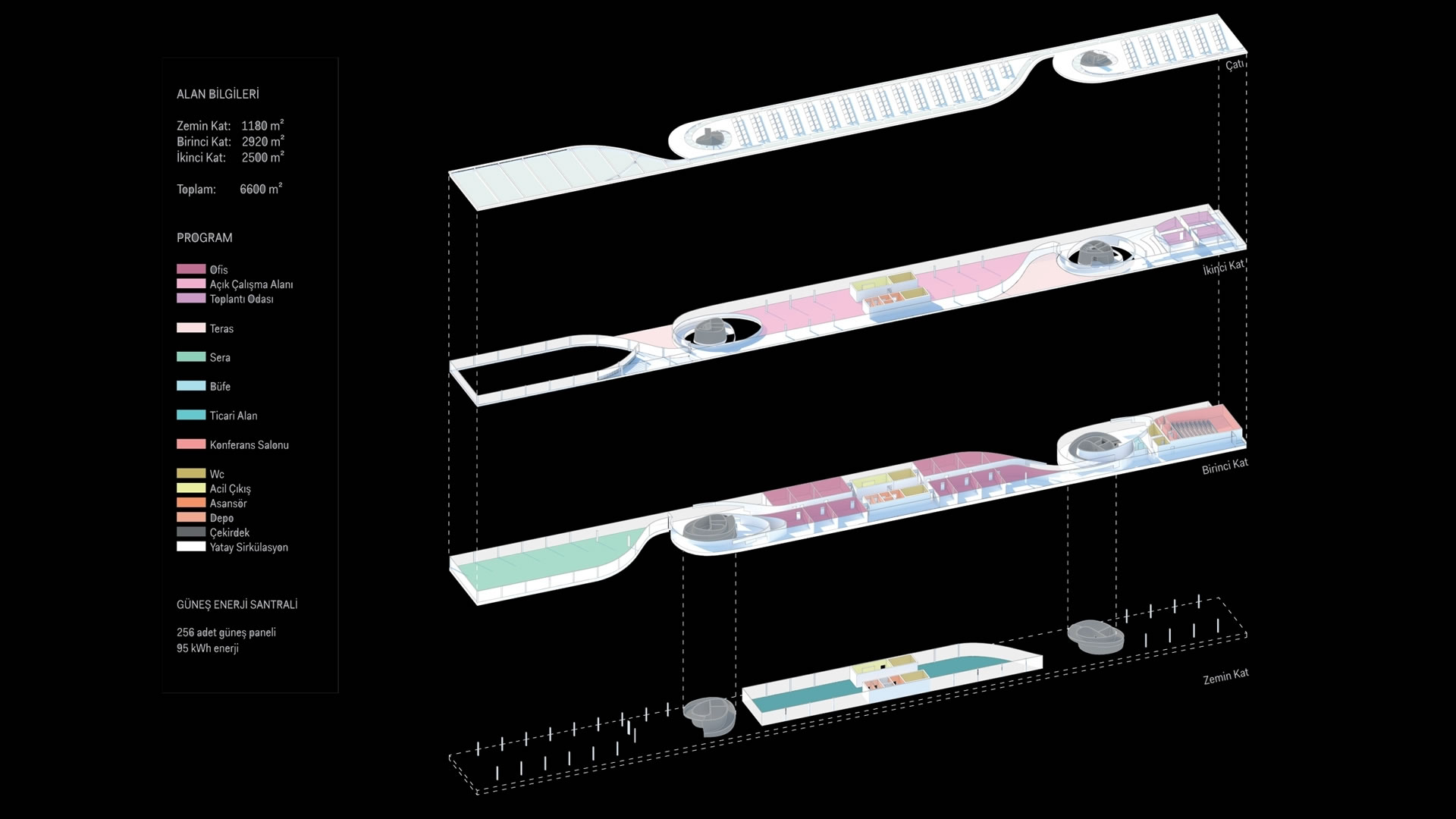 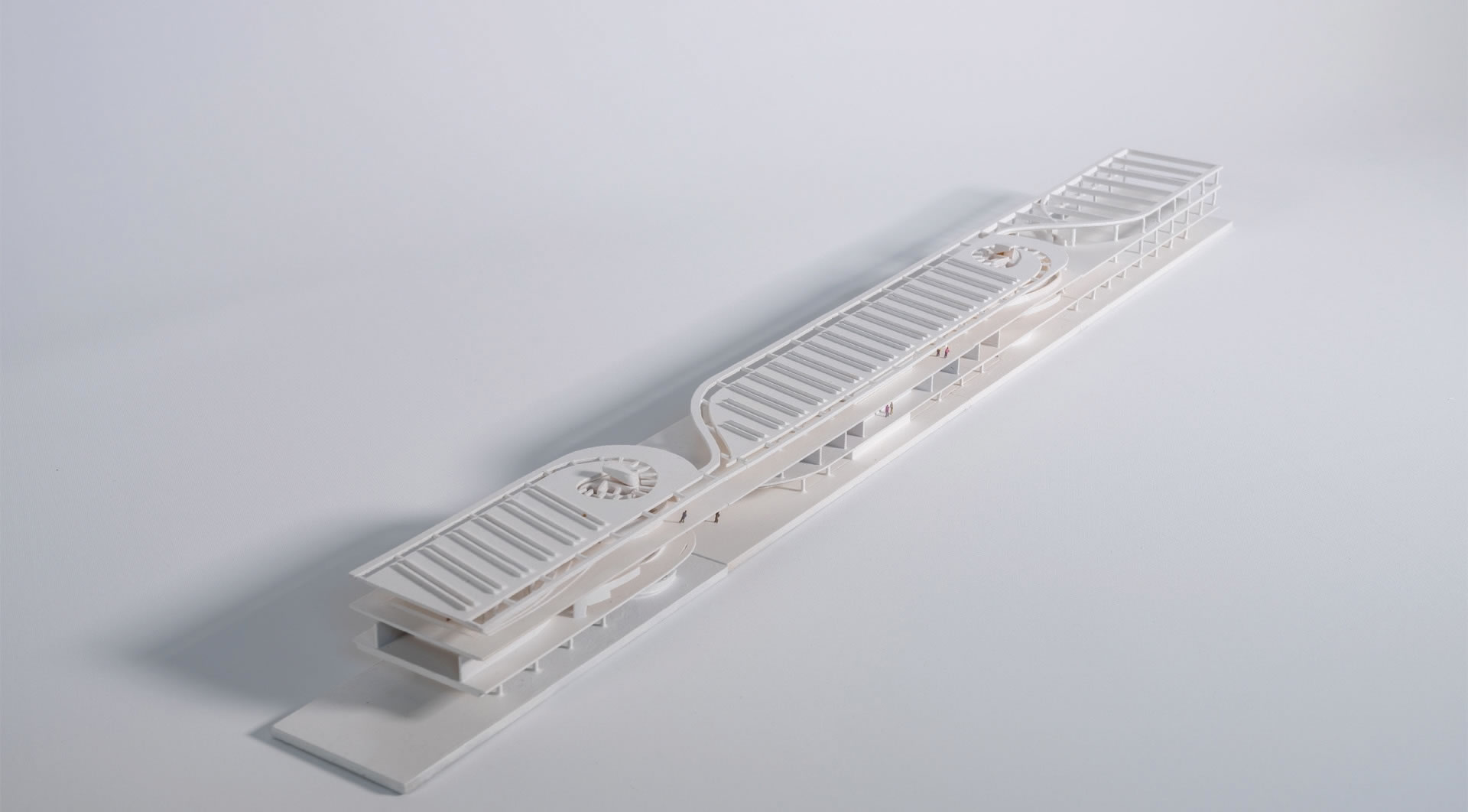 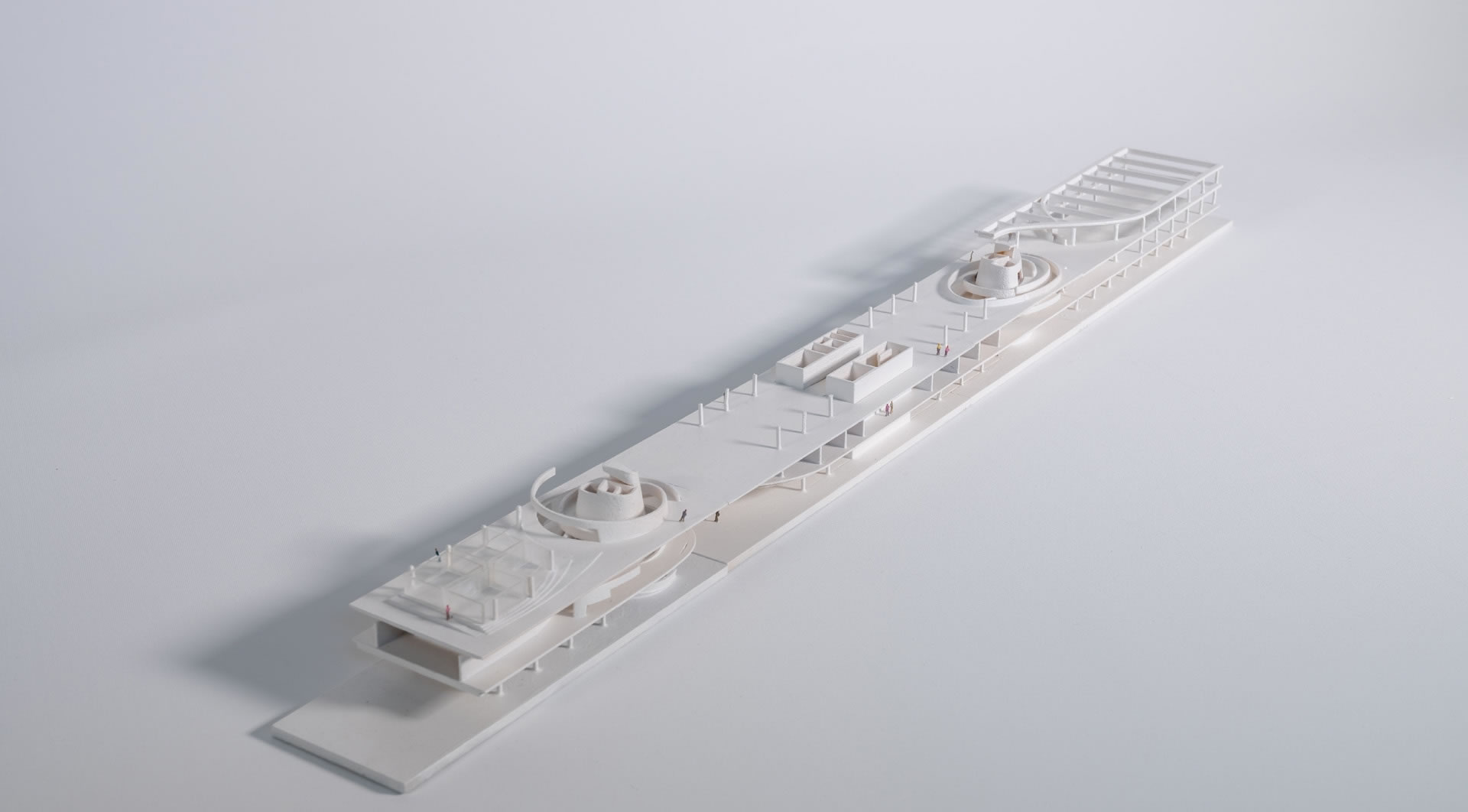 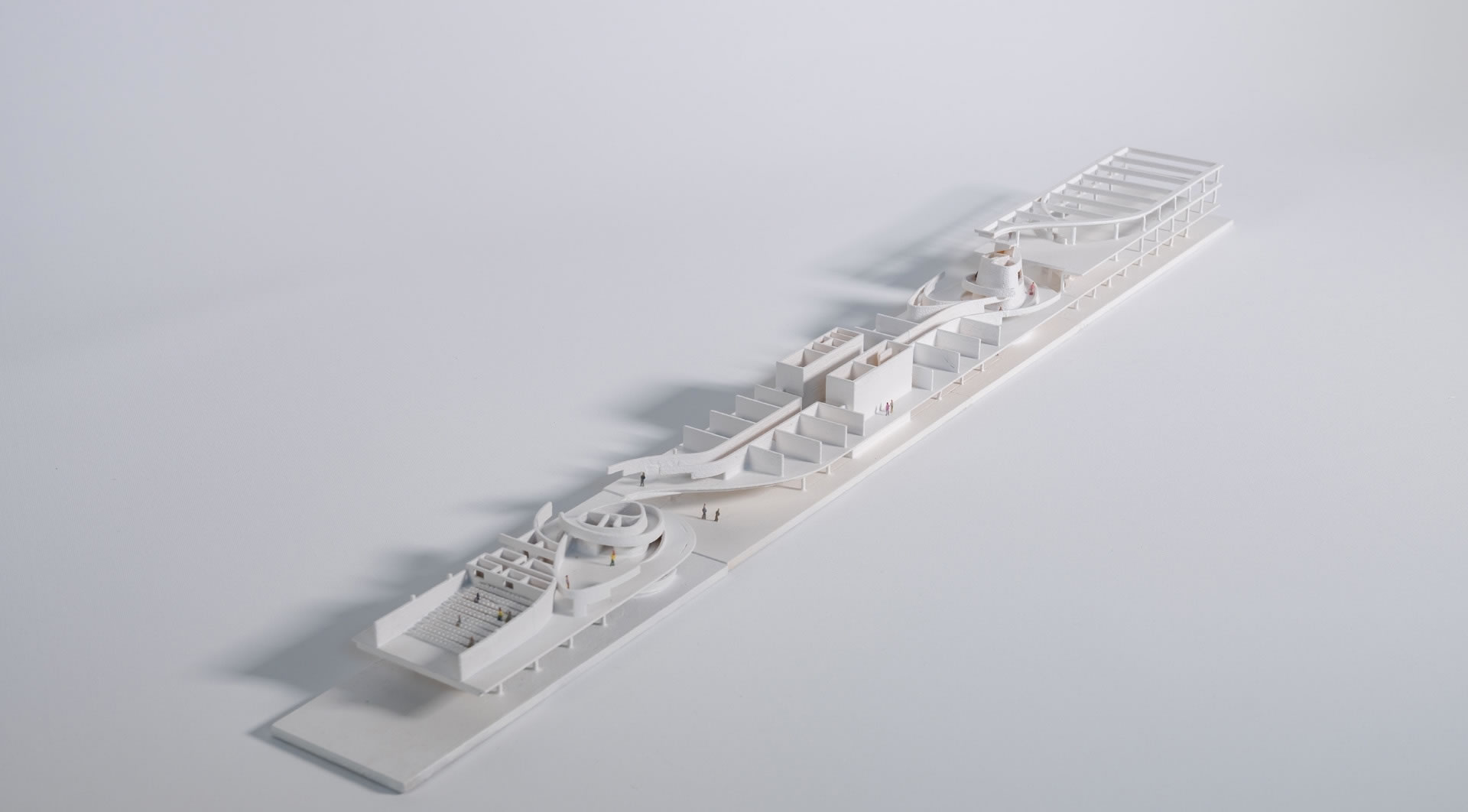 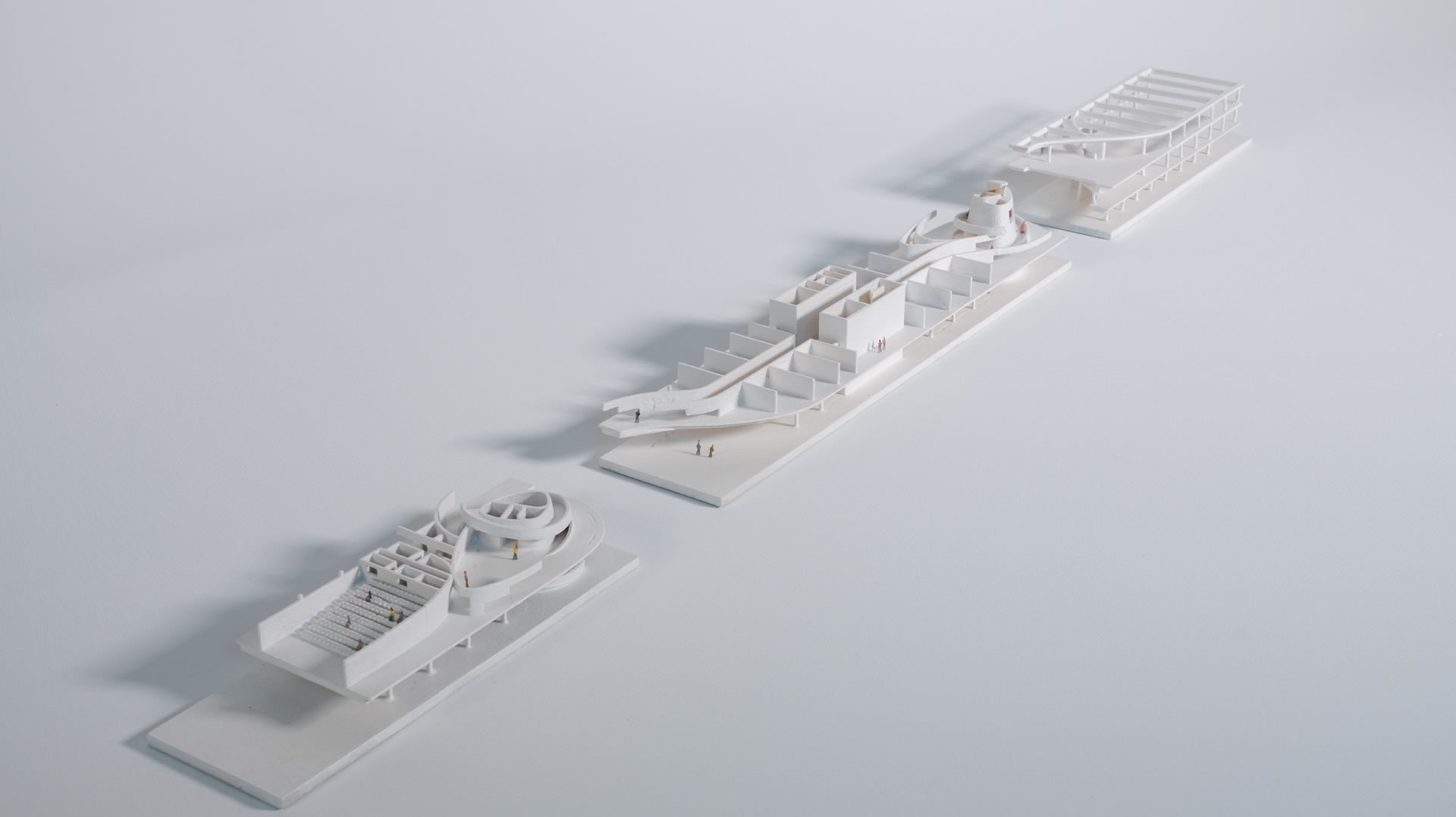 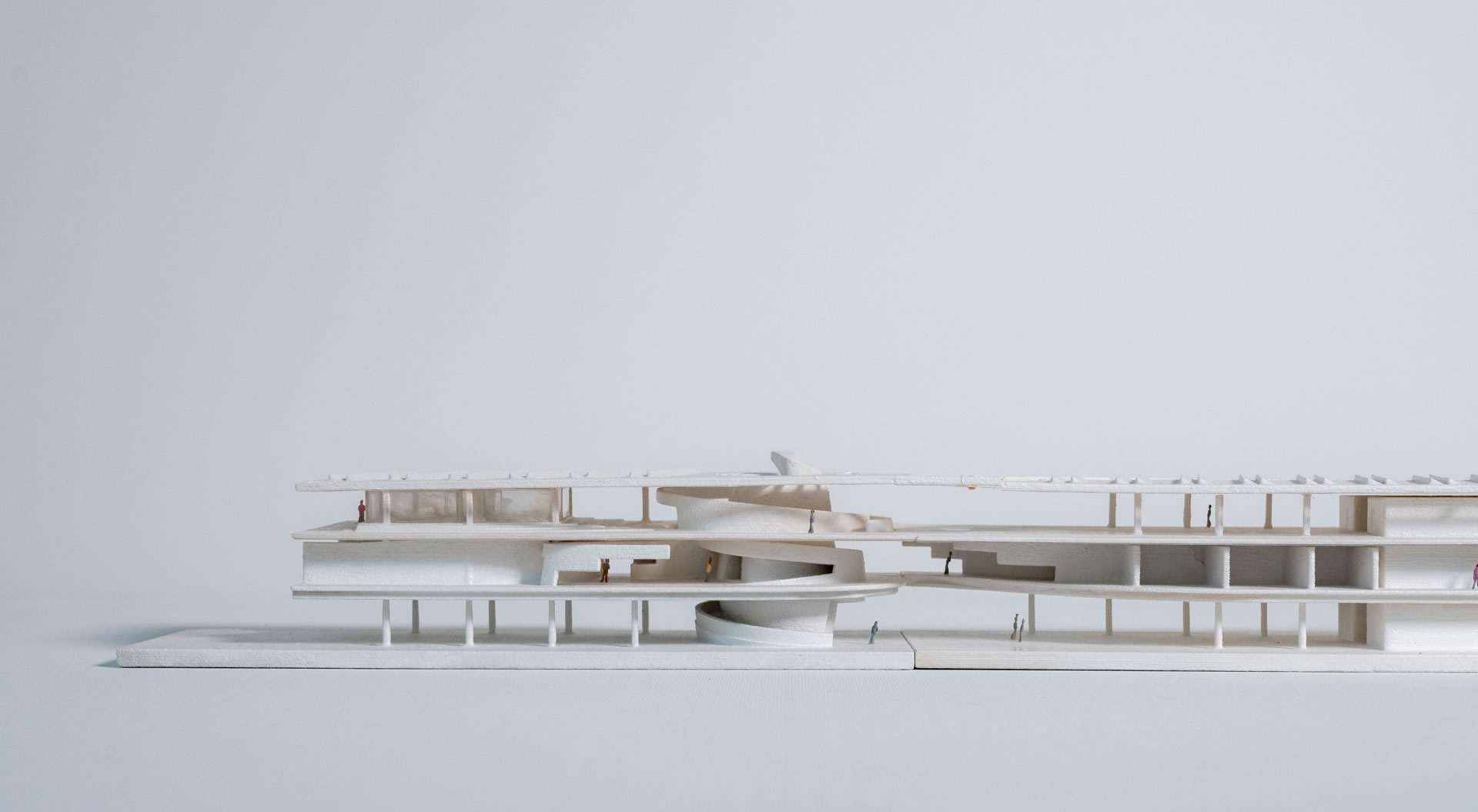 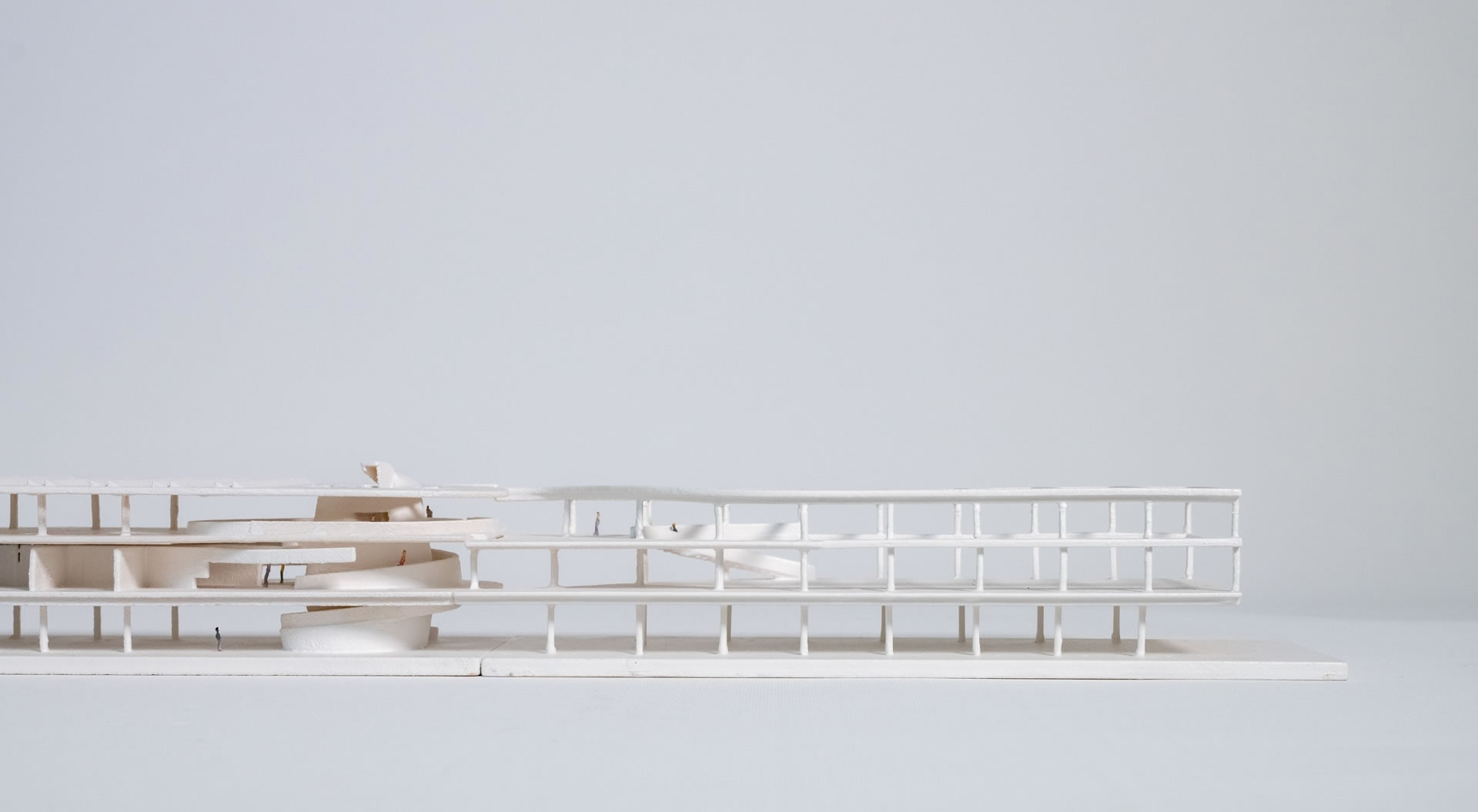 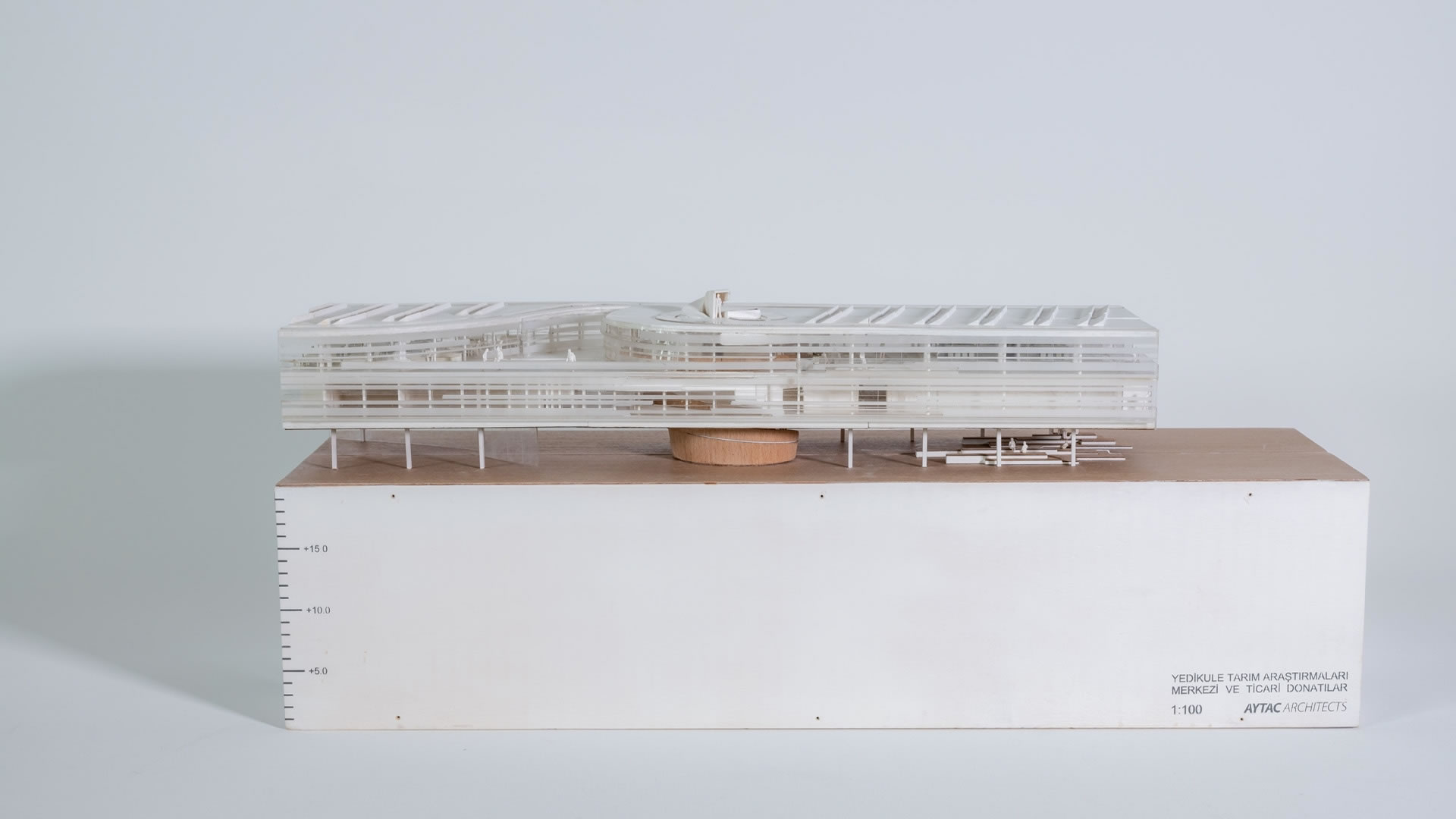 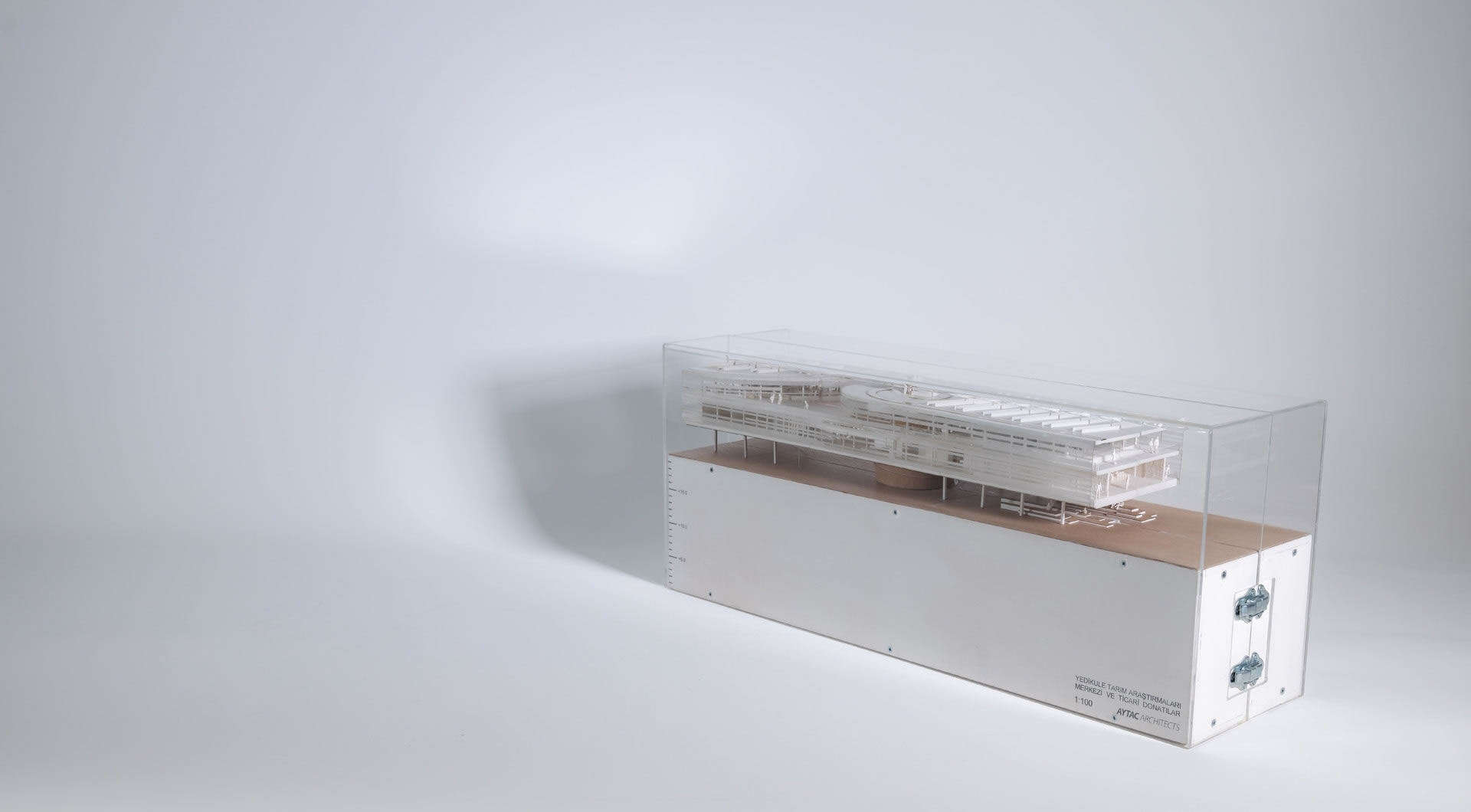 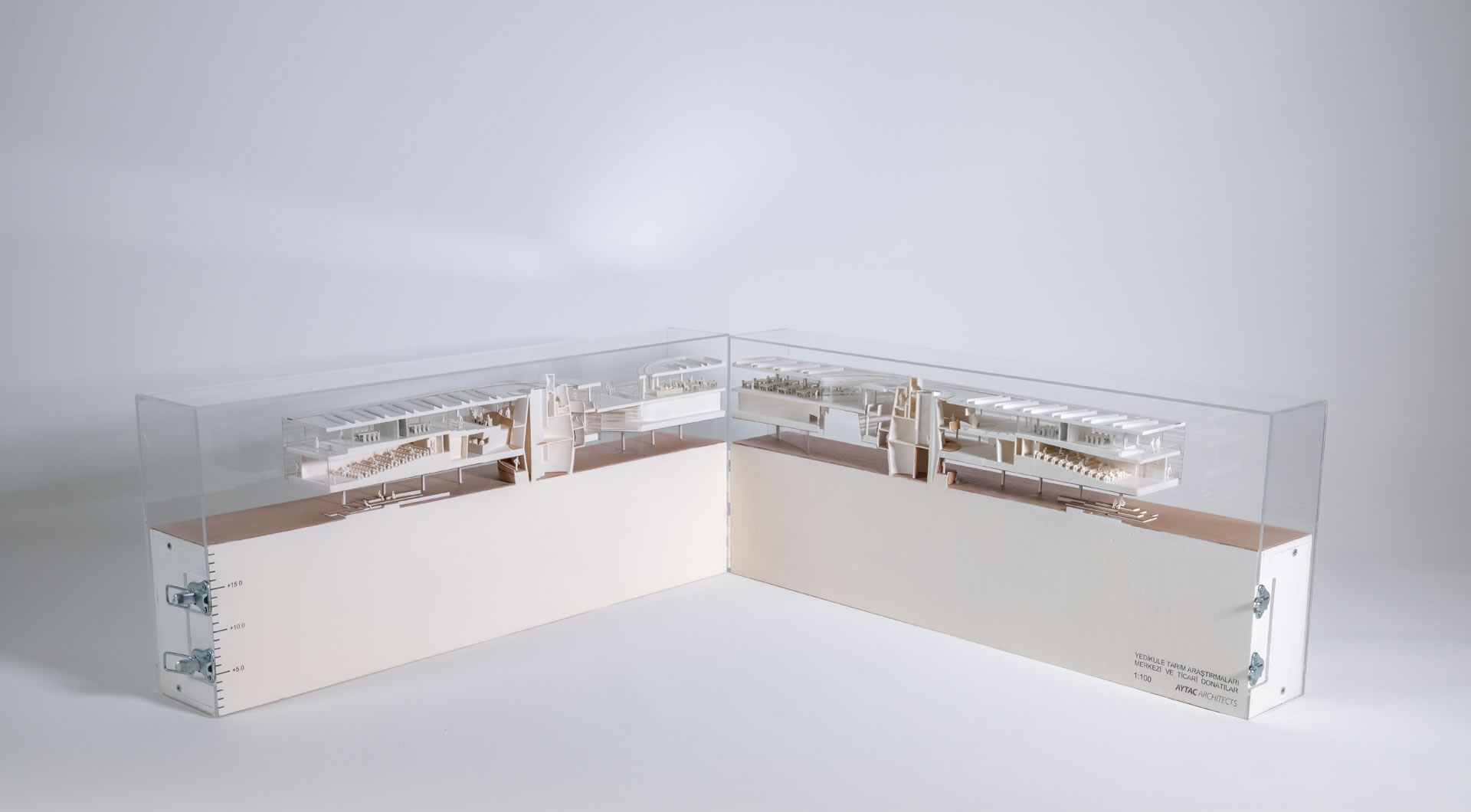 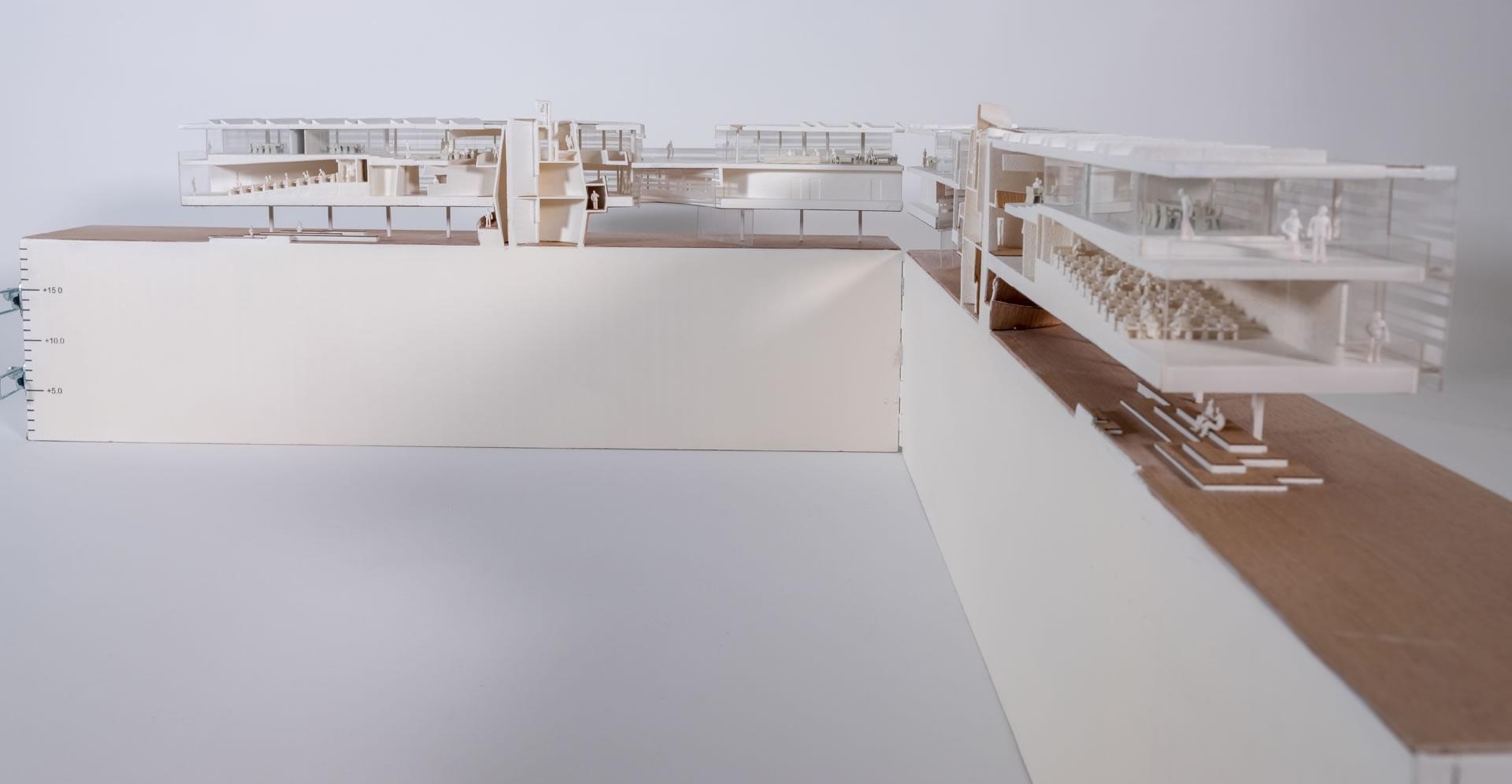 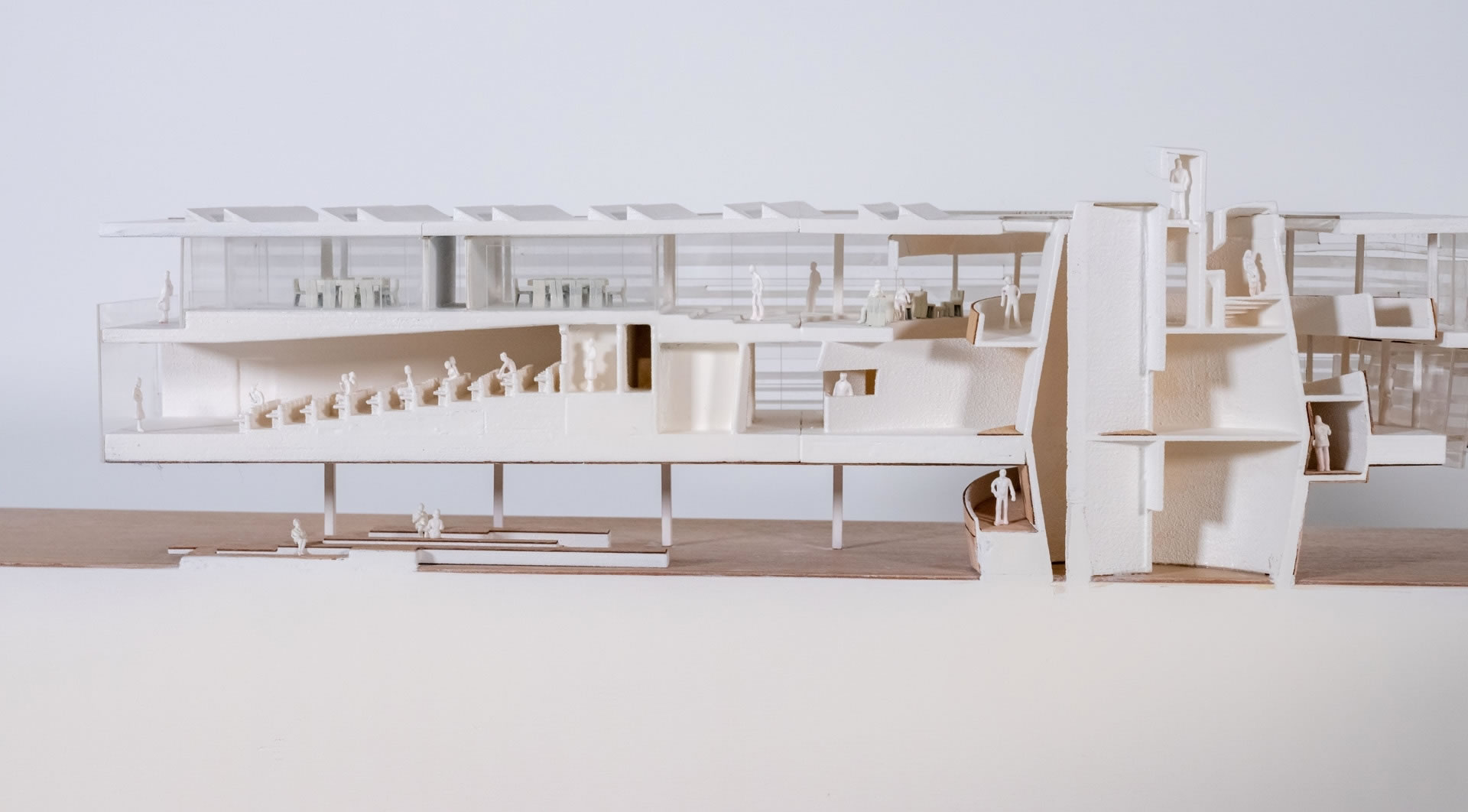 The Agricultural Research Center is  part of the Theodosian Land Walls Masterplan along the proposed protection strip with cluster of  new public buildings.

The New Strip attempts to keep its continuity along the greenbelt by changing between hardscape and building typologies.  It would be almost authoritarian if we were trying to keep the strip absolute and uninterrupted.

Wherever there is too much pressure on the New Strip by the old city fabric the protection strip is broken just as the damaged broken pieces of the medieval wall showing the traces of history.  We love and embrace the esthetics of the ruins and not interested in completing but strengthening them.  The beauty of this inconsistency and pressure creates rhythm and excitement and its story through time throughout the park.

Where there is enough pressure on the greenbelt, the strip is broken and just like the geological tectonic movements, the ridges and valleys are formed on the greenbelt.  These ridges sometimes function as hiding public spaces underneath as landscape buildings and are also great places to explore the park, wander around and rest.

The Strip also acts like a razor cutting through, revealing the footprints of demolished illegal buildings on the hardscape by differentiating between ground and urban furniture. This creates a new archaeology along with the old, acknowledging all the layers of space and time.

The buildings proposed on the strip are mainly for public good.  18 meter wide buildings create a new edge between the city and the urban park.  They will be mostly used for culture, technology, research and development.  The ruins of the land walls across the buildings will symbolize and remind how obsolete they are now for protecting civilizations while amplifying the fact that today “knowledge” is the key to a progressive and resilient civilization.

The buildings on the strip designed flexible thus allowing change in building program.  Keeping the service and circulation cores in the middle, the two sides of the buildings can be separated or used as open plan for different needs.  The three story buildings will never exceed the height of the Land walls.

The towers approximately 50 meters apart create an oscillating rhythm along the 7 kilometer horizontal line of land walls.  We also propose a new rhythm by introducing spiraling vertical circulation and service cores through the buildings.  The forces of the spirals shift the facades from city side to the park side creating an ambiguous relationship between inside and outside, while emphasizing the light and malleable of the today’s wall unlike the heavy and solid medieval ones.  During the day the perforated metal facades seem more solid, hiding the program inside, mirroring the walls across.  During the night the facades appear more translucent revealing more information about its interior.

The Protection Strip acts as an ecological bridge over Vatan and Millet Avenues to ensure the continuity of the greenbelt where the biggest damages occurred due to major infrastructure projects of the past.  The ecological bridges aspire to be a symbol for the demolished walls.