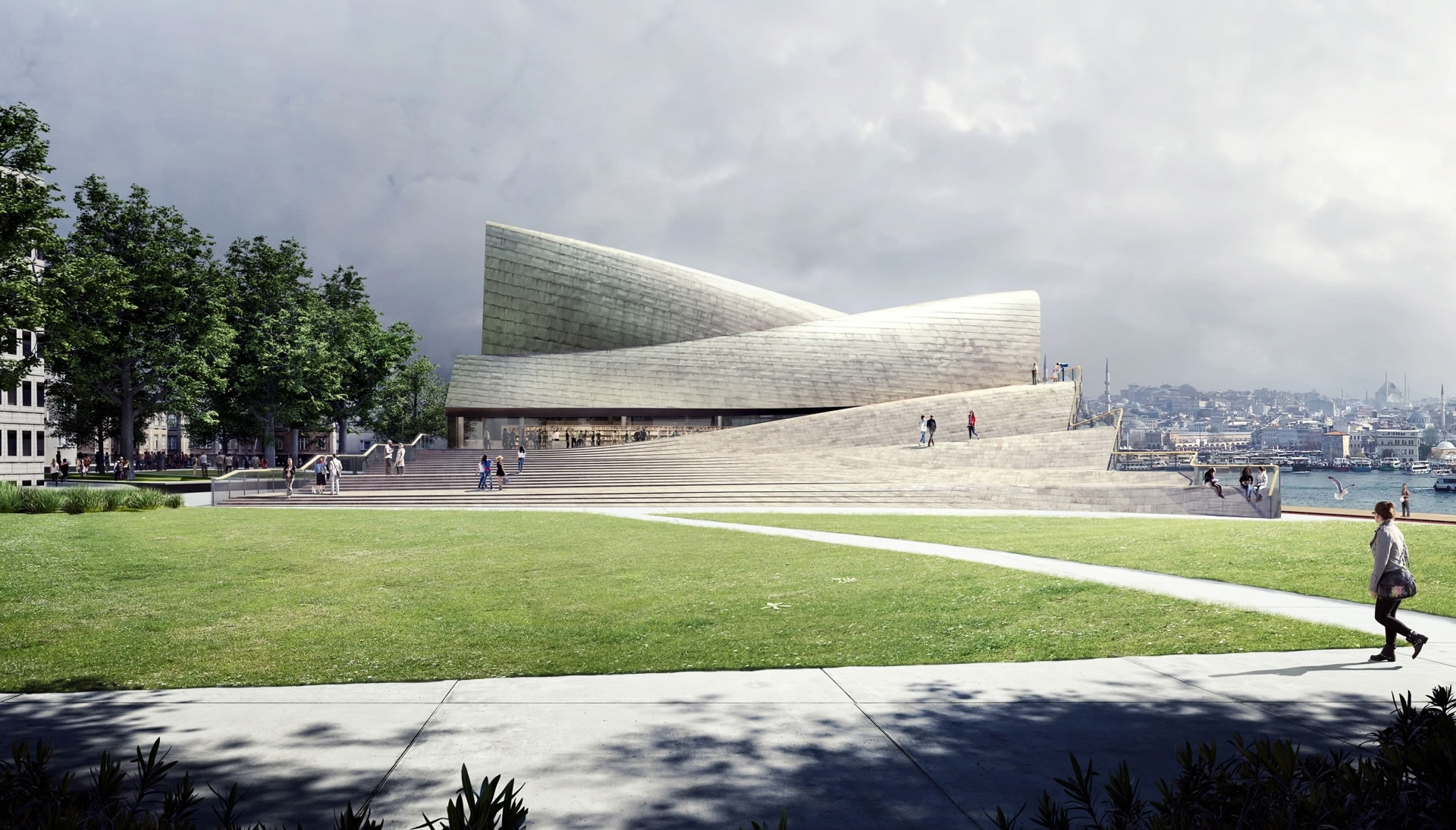 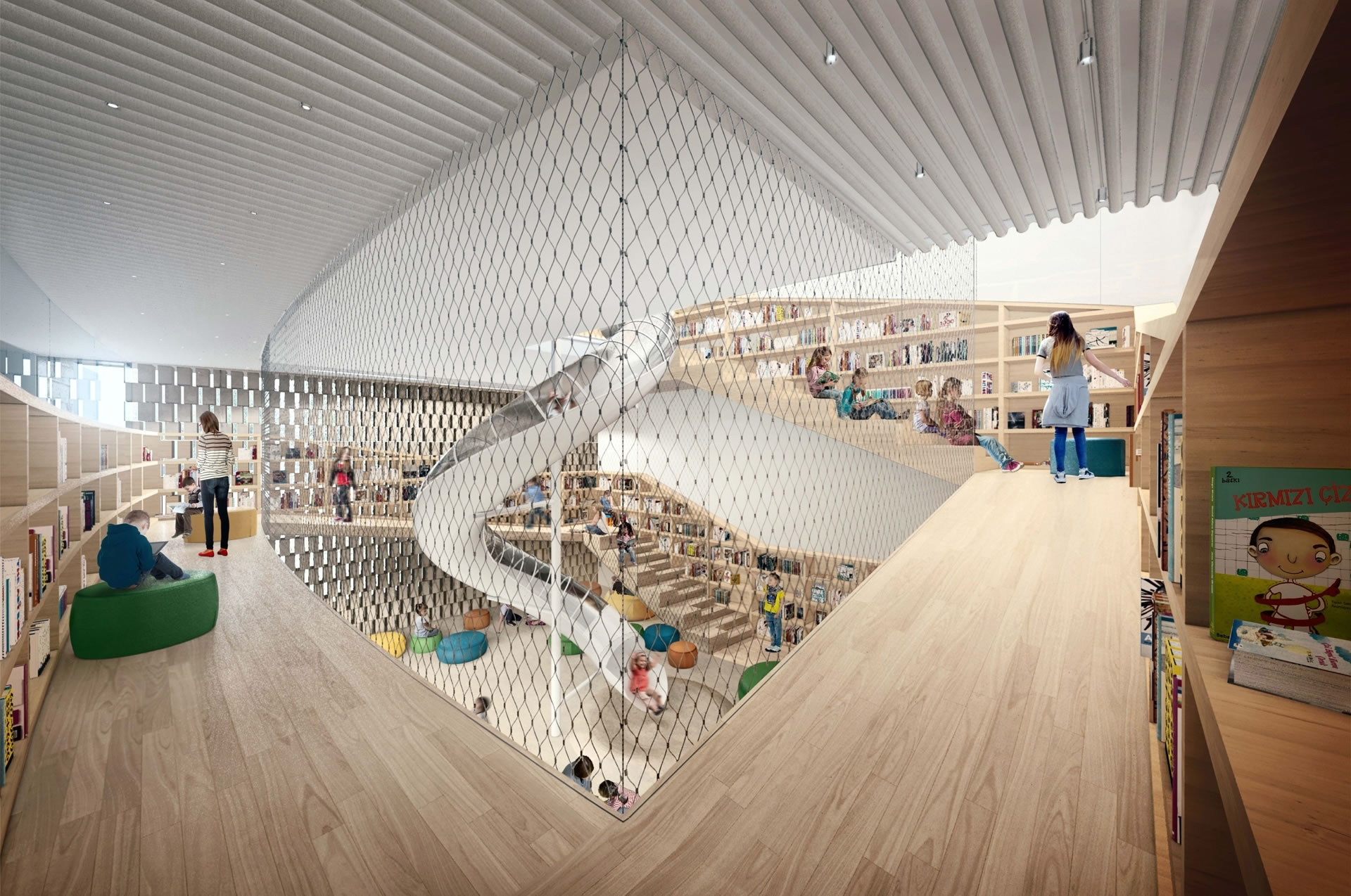 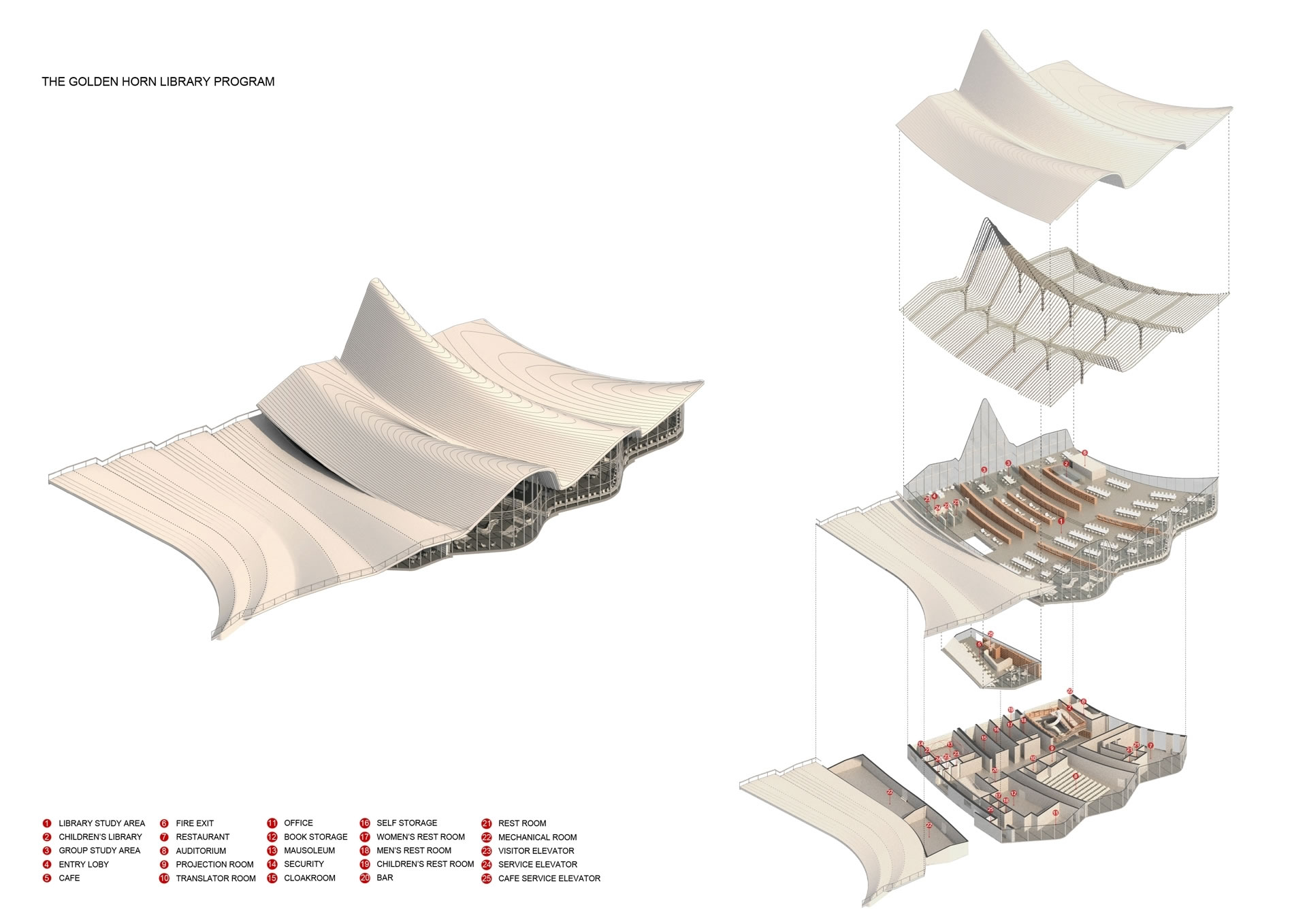 The Project aims to be an instrument to connect the symbols of the city on both sides of The Golden Horn.  It radiates the energy to the city rather than funneling all the energy to itself.

The Library was conceived almost like a floating “Turkish carpet” shaped by the context.  The axiality of the seven hills pointing towards the Galata Tower formed the roofscape.  The three prominent hills that have clear visual contact created the roofscape that house all the library and learning center functions.  The rest of the hills which are farther away and have less visual contact helped the building make a smooth transition with the landscape functioning almost like a plinth acting as an intermediary public area between the inside and outside.

Sectionally and proportionally the nearby Azapkapi Sokullu Mosque by the great architect Sinan was used as a precedent where its prayer hall is lifted up almost floating over the city level keeping inside away from the noise of the busy city.  This strategy was also used to keep the noise away from the library learning center space which is also lifted.  The noisier ground level houses all services including an auditorium, a spiraling children’s library and a restaurant.

The Golden Horn Library is a beacon to the knowledge of the city of Istanbul.  The building becomes a tool of education of the city itself by actively experiencing its hidden treasures.