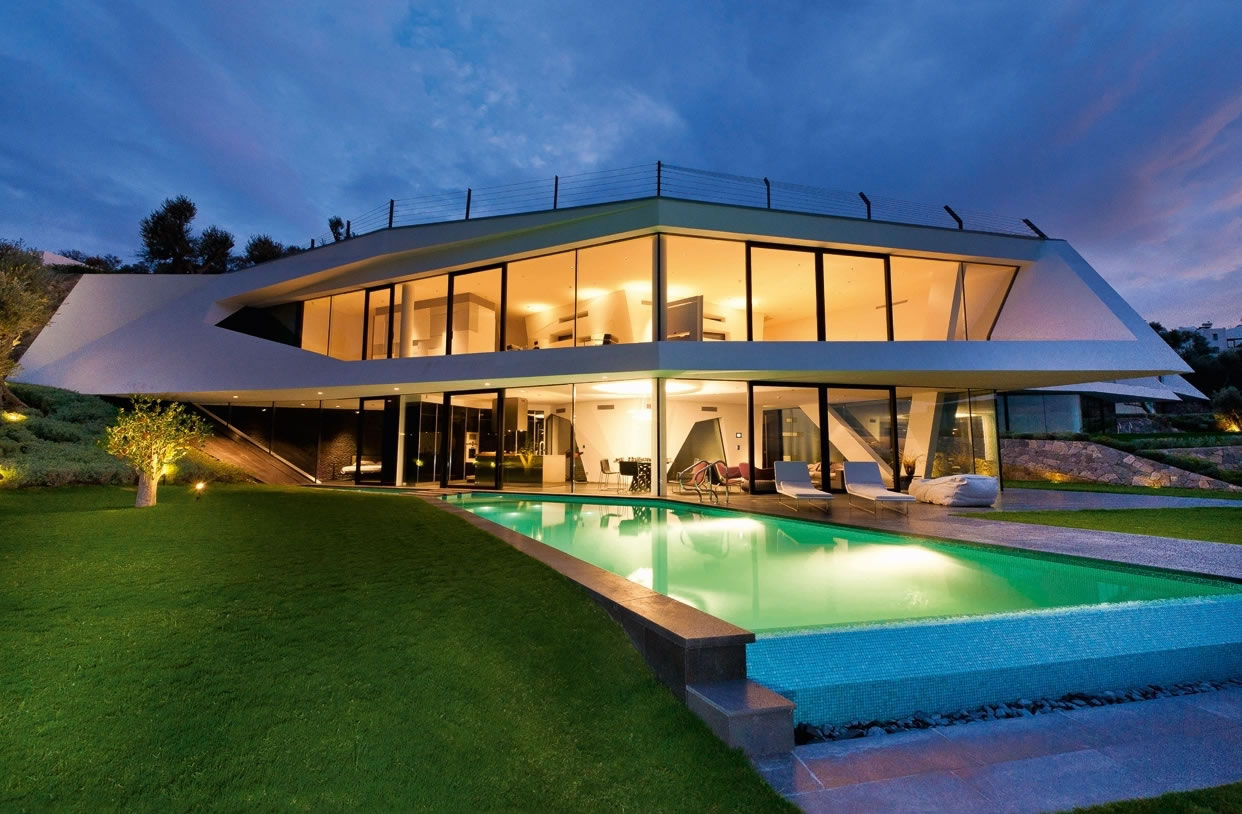 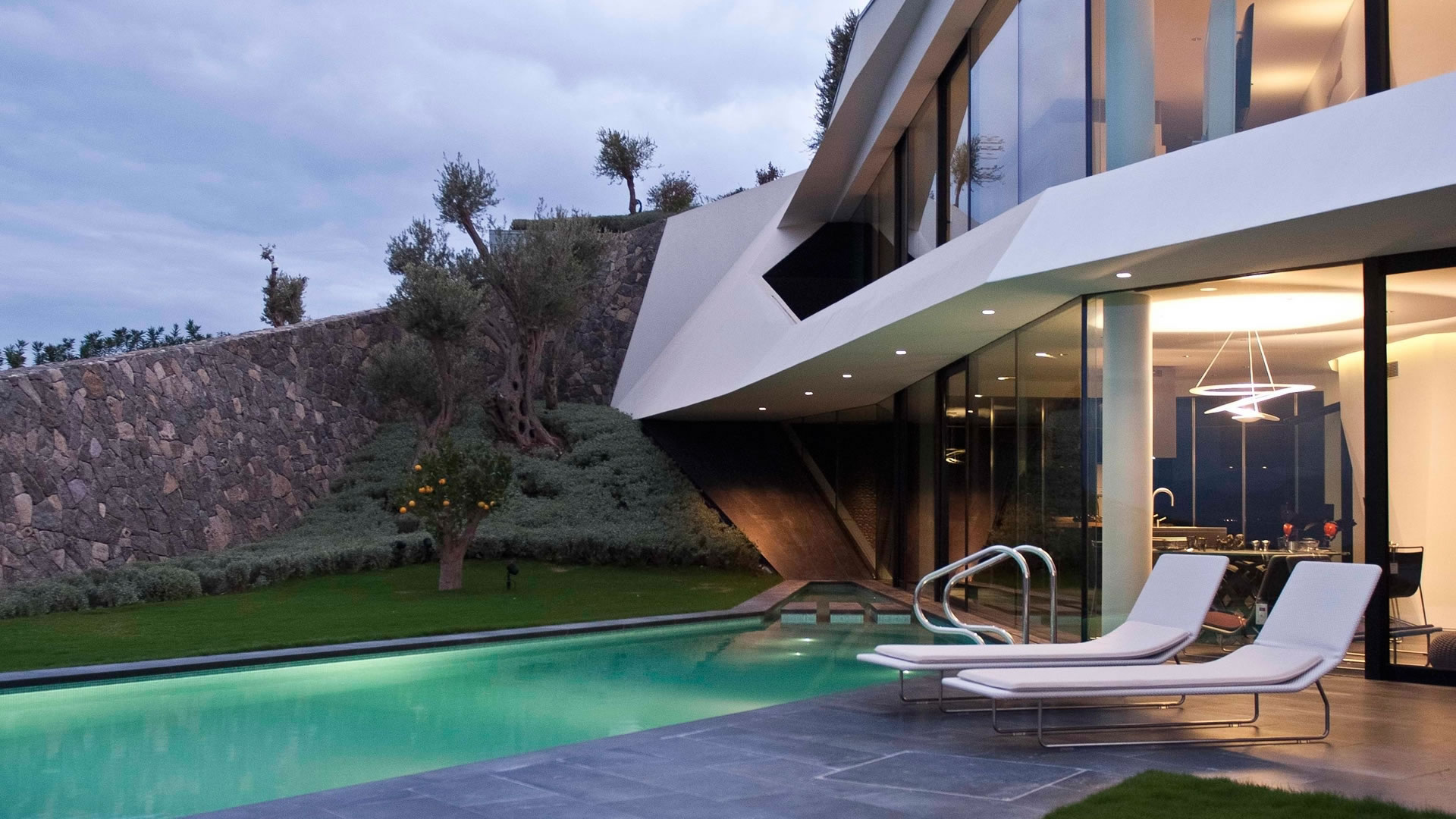 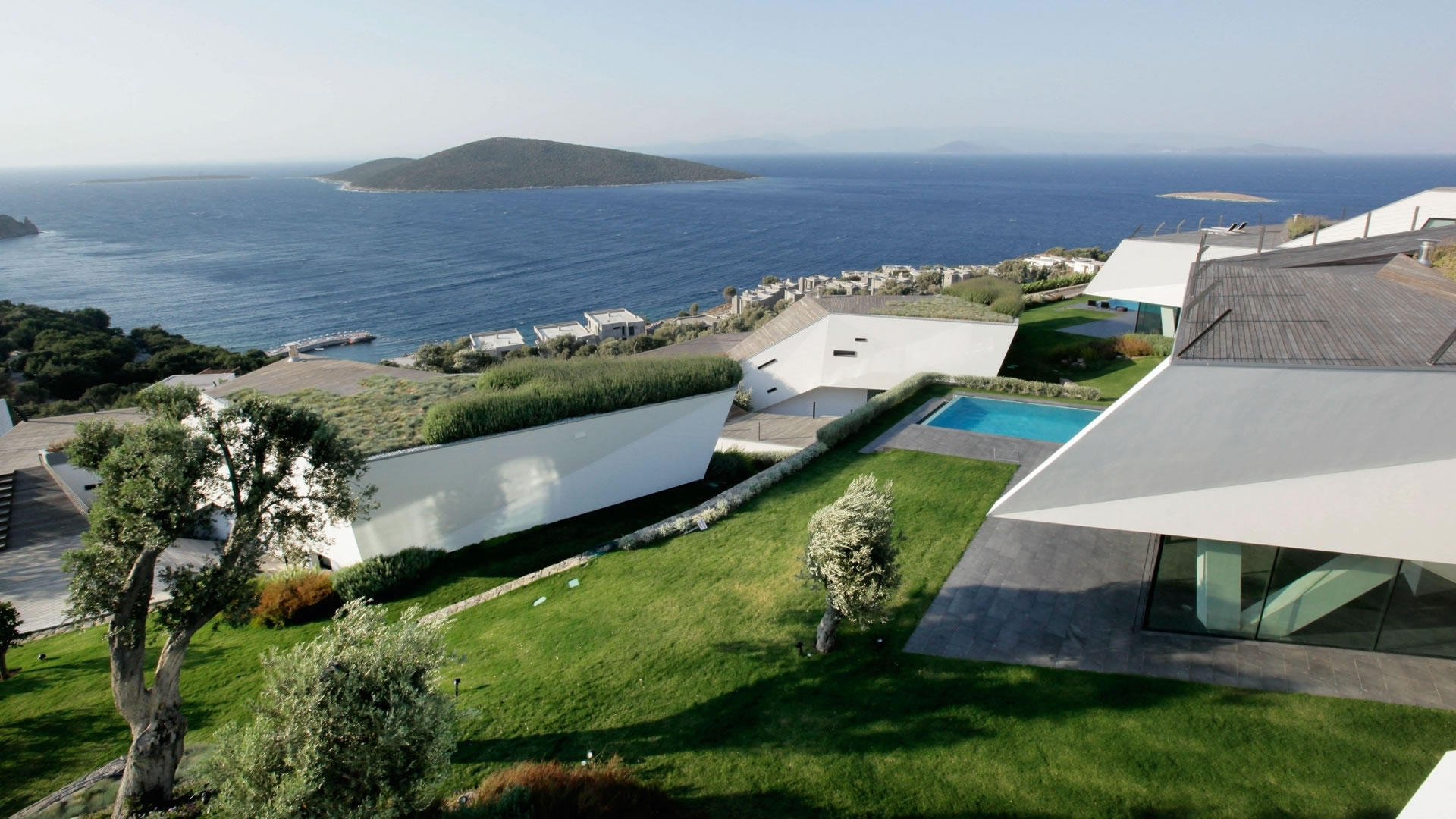 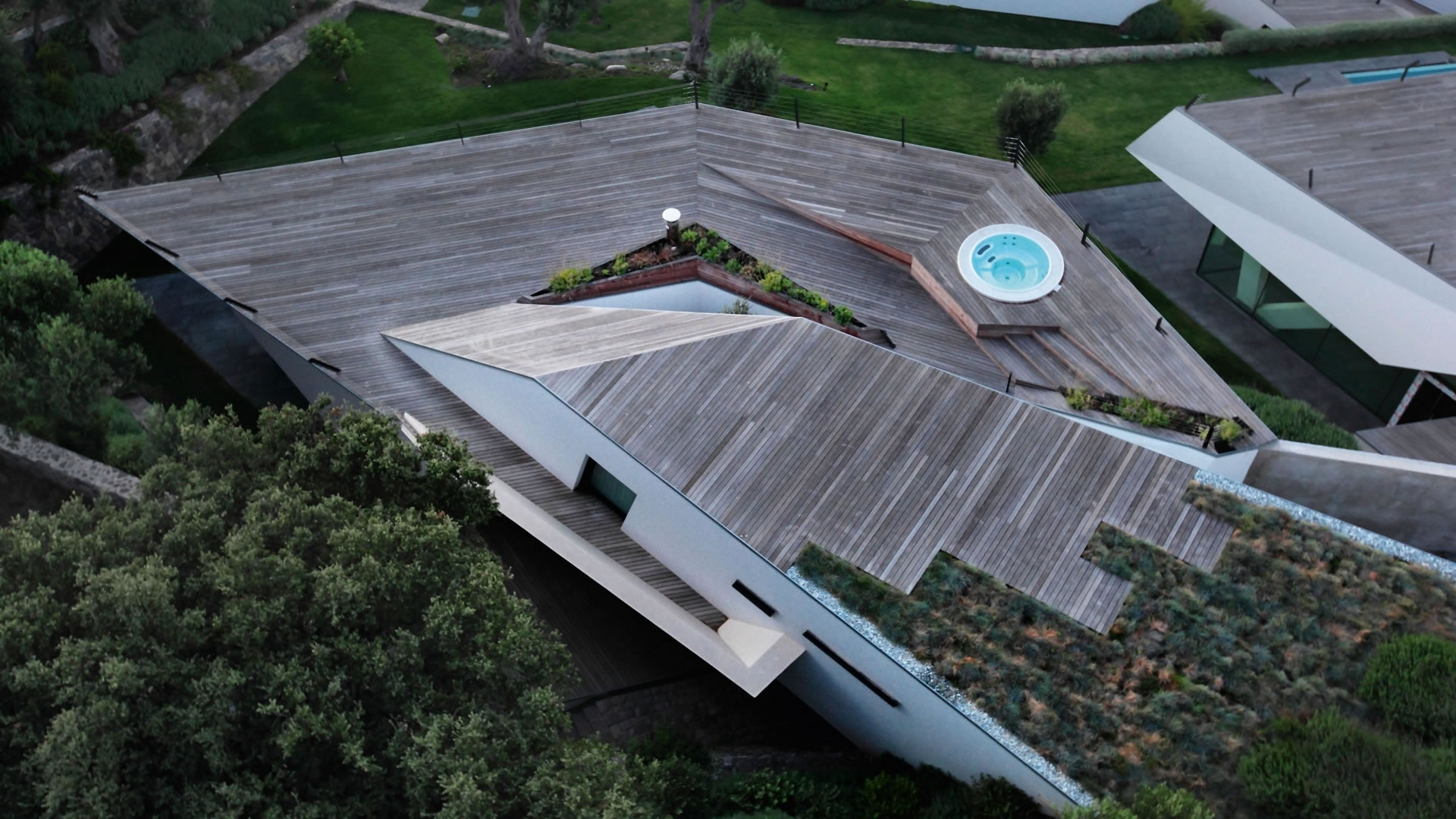 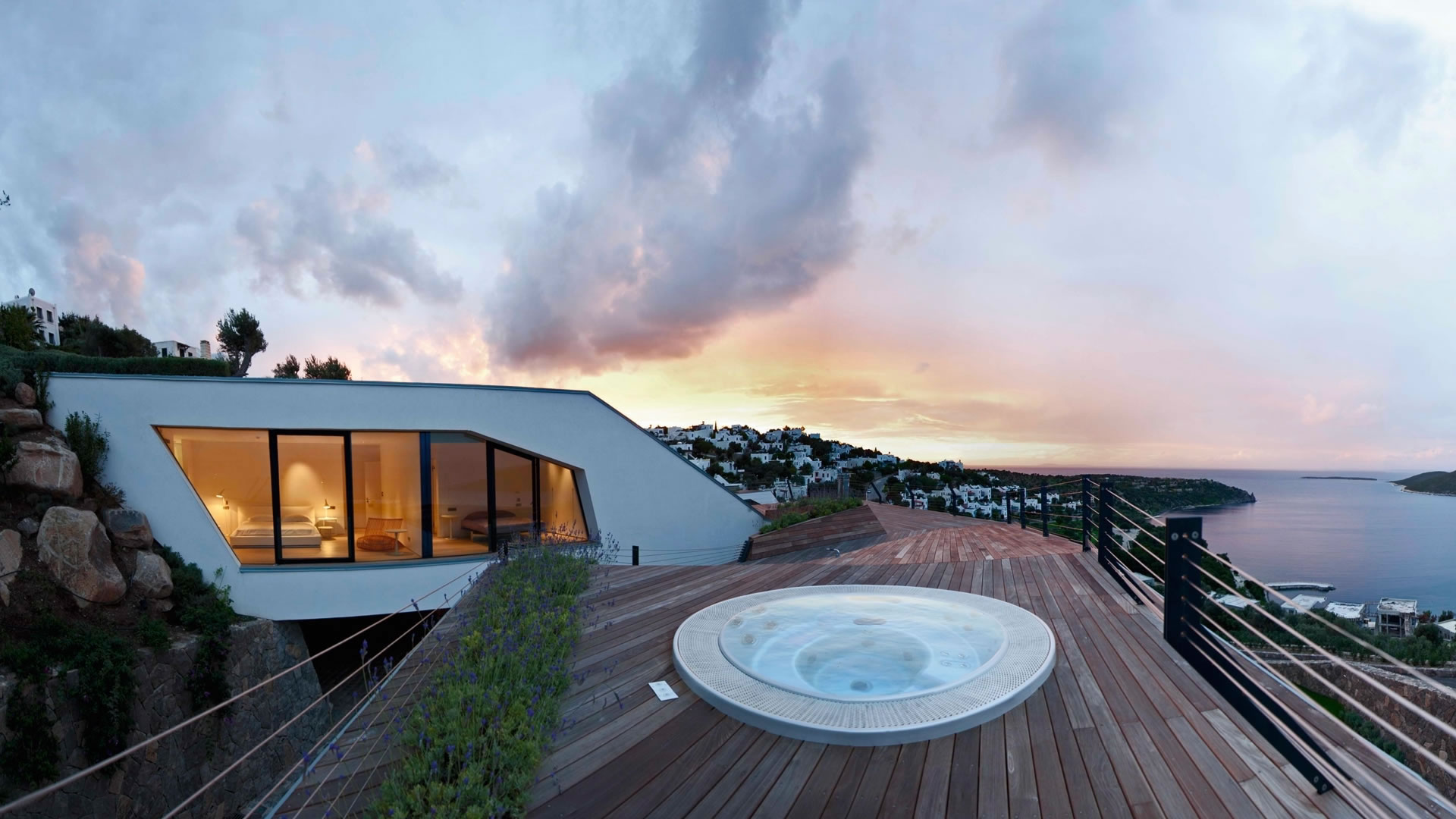 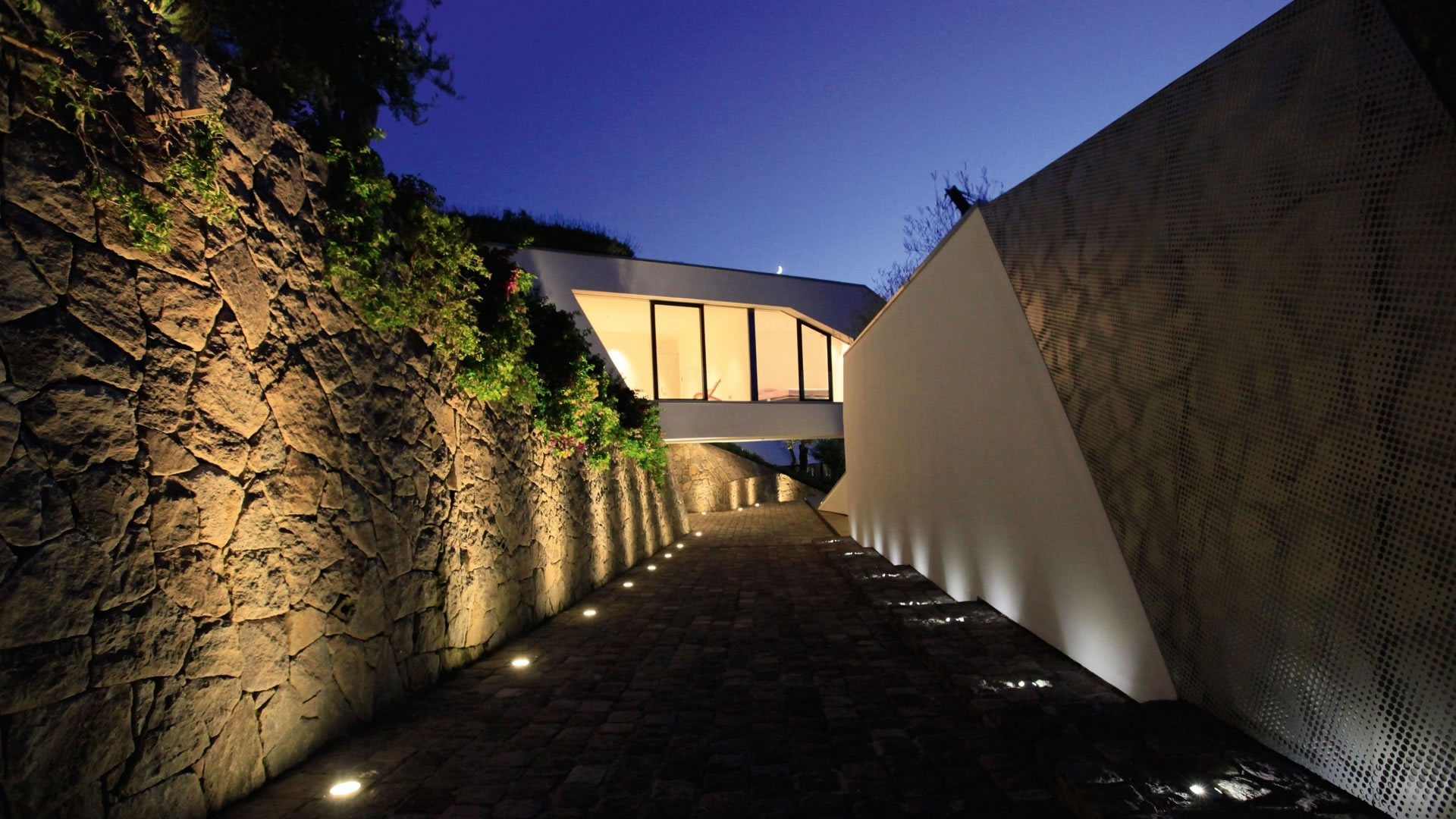 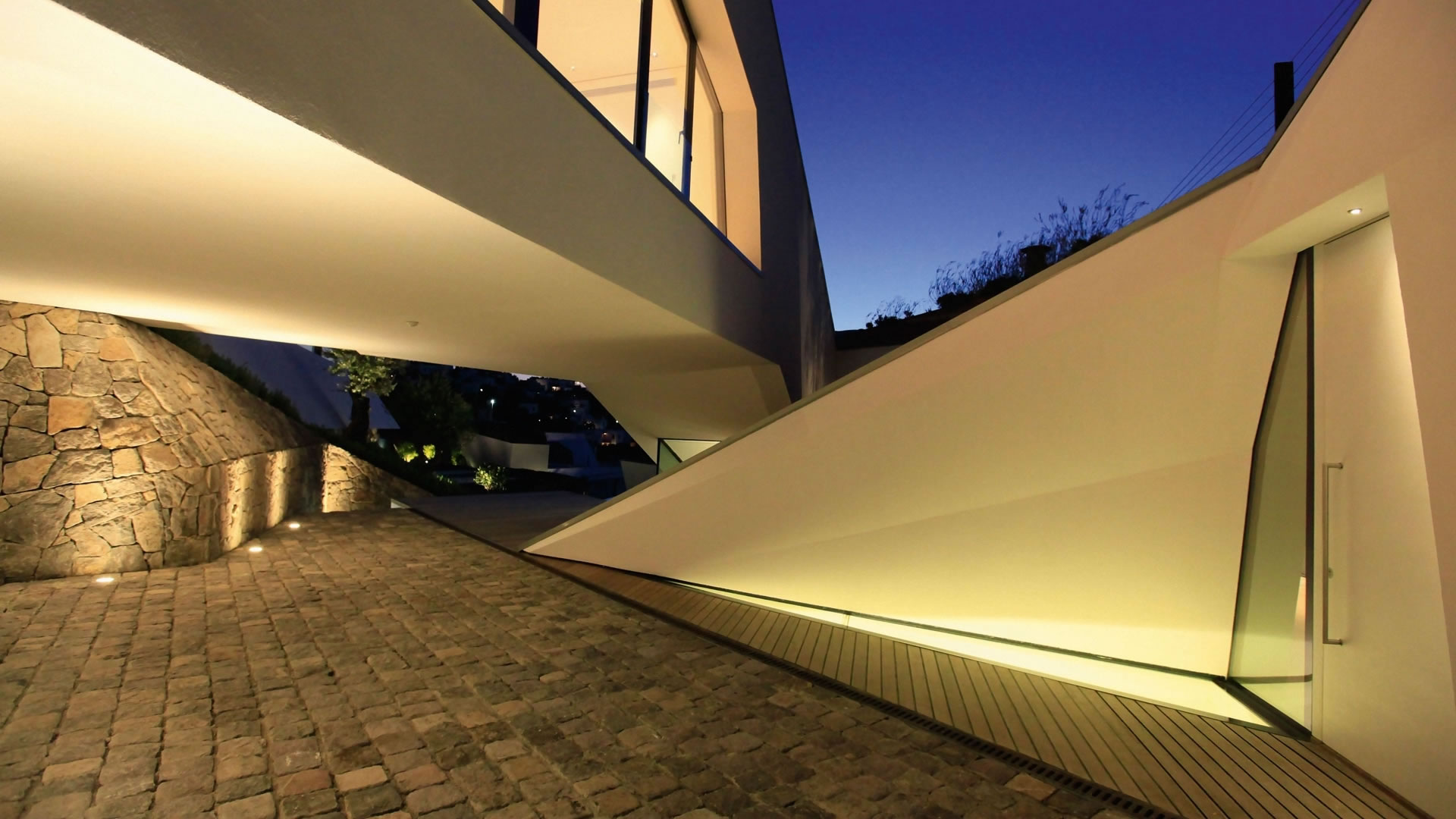 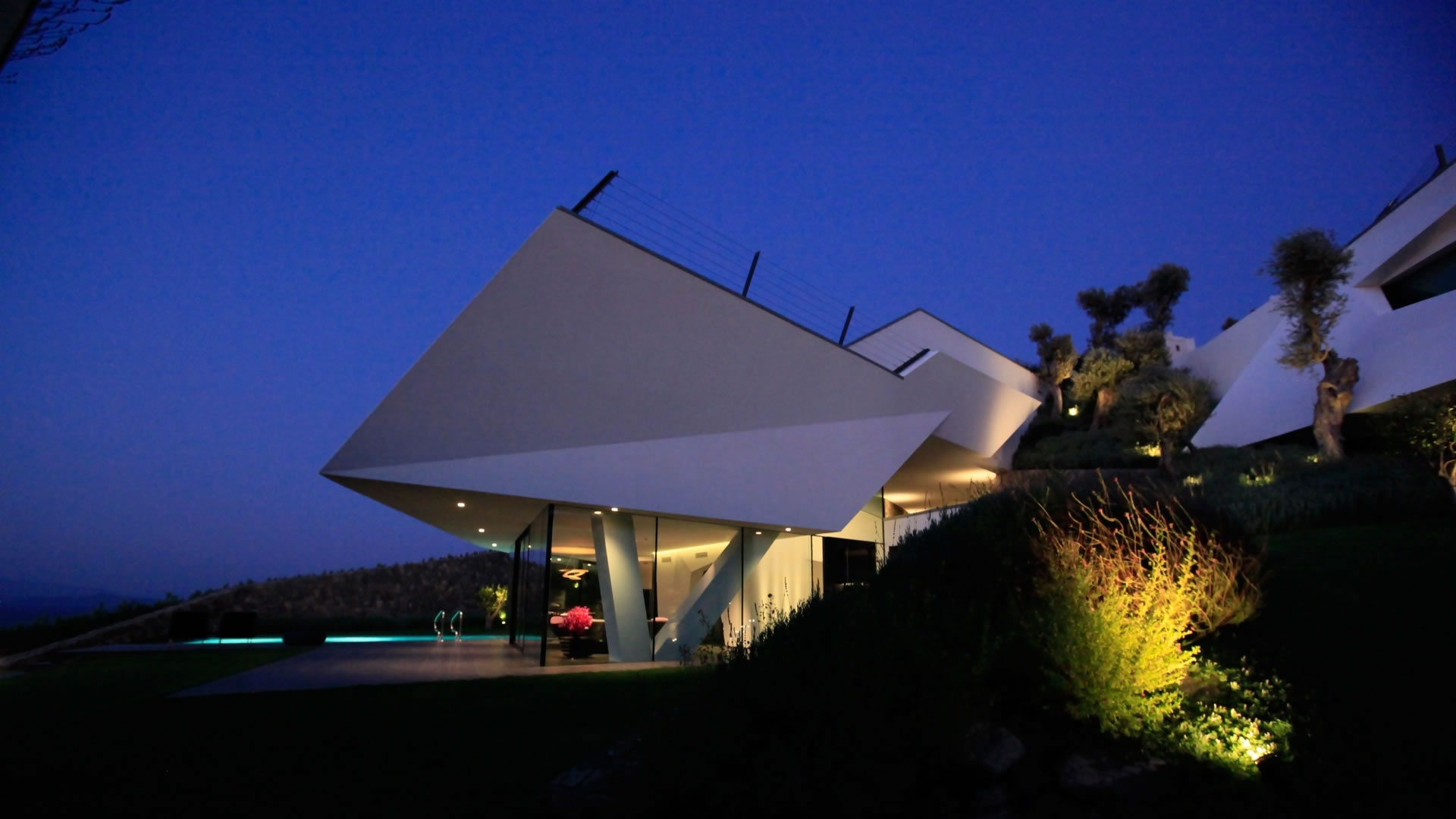 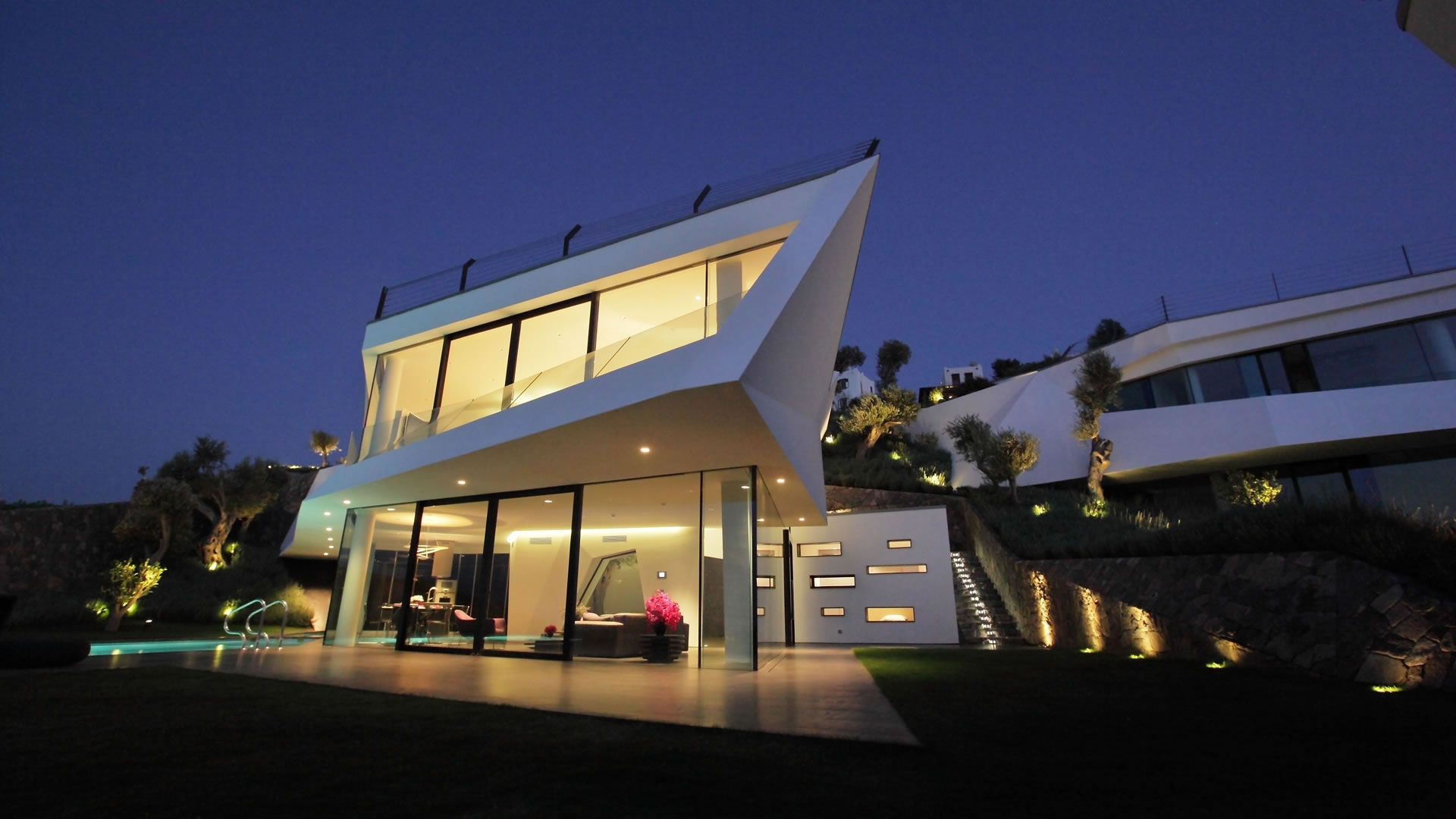 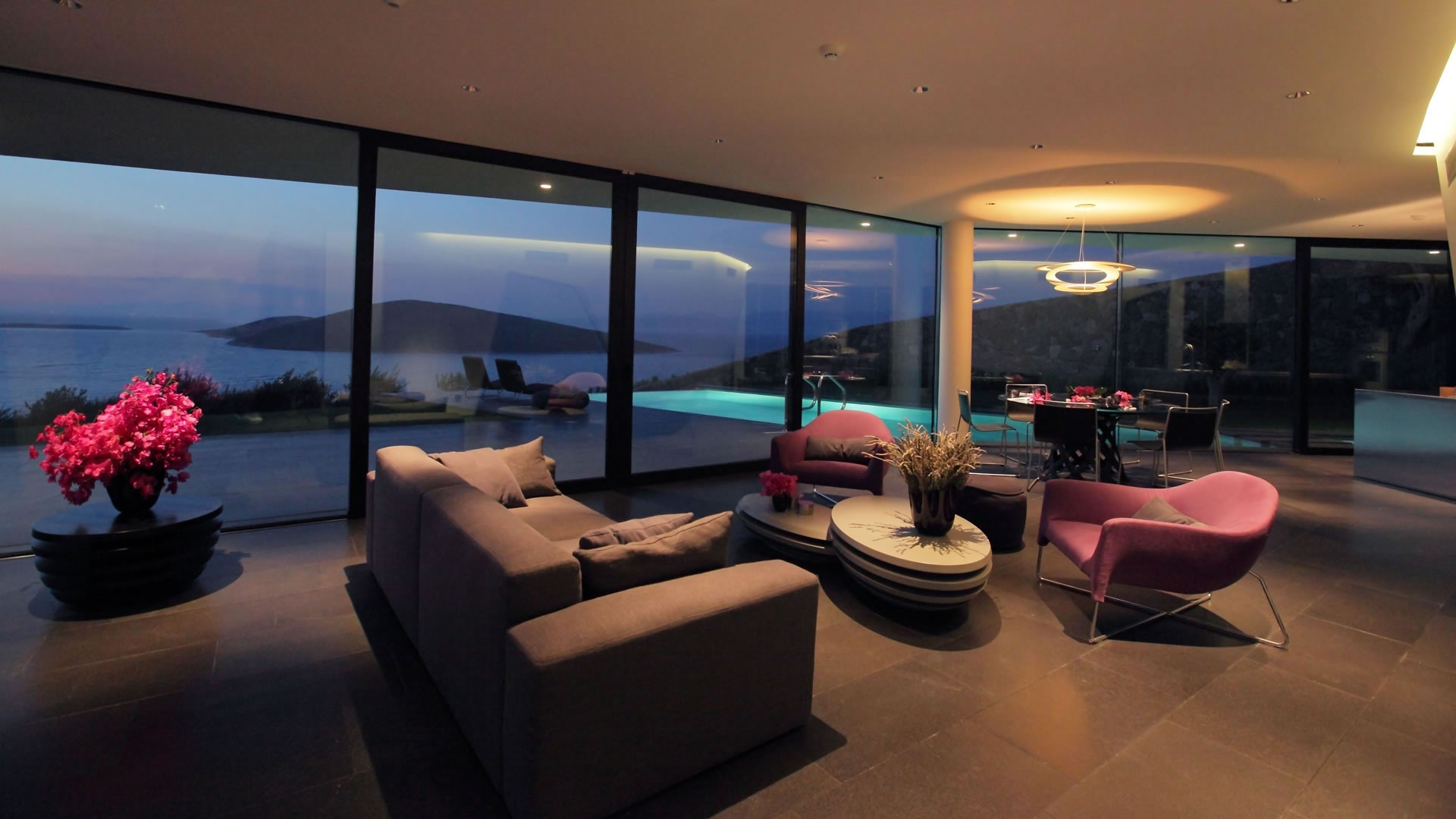 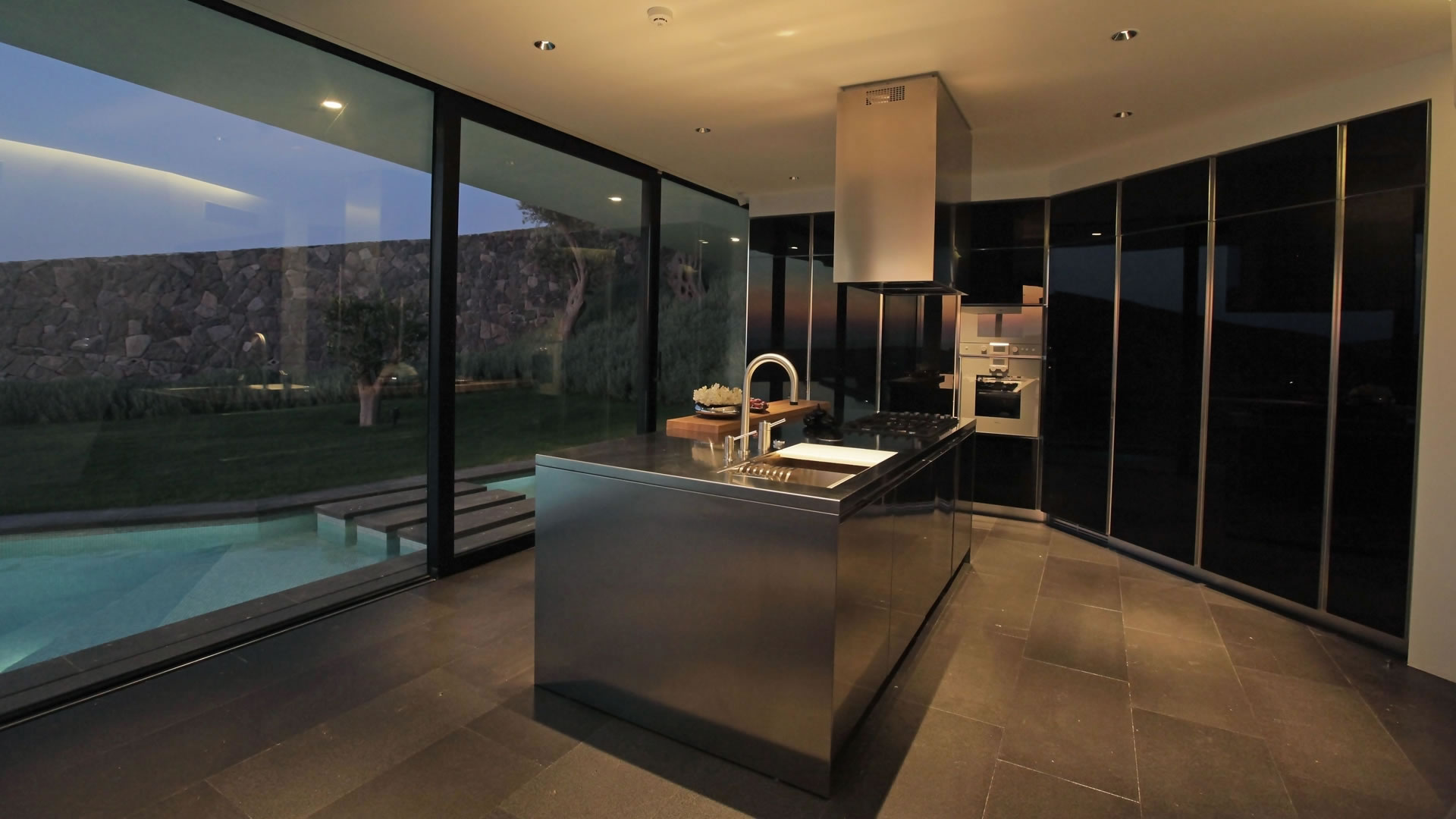 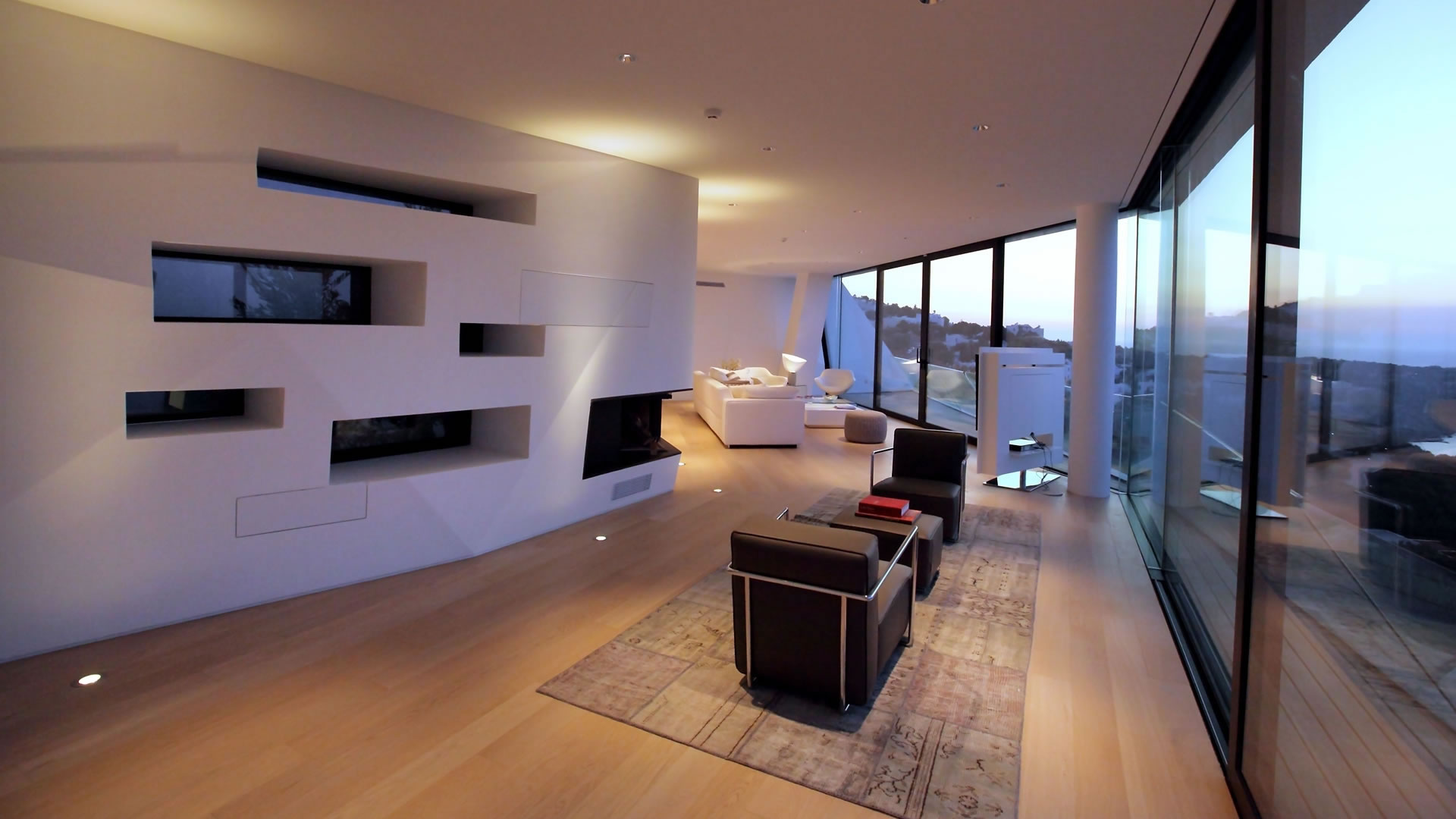 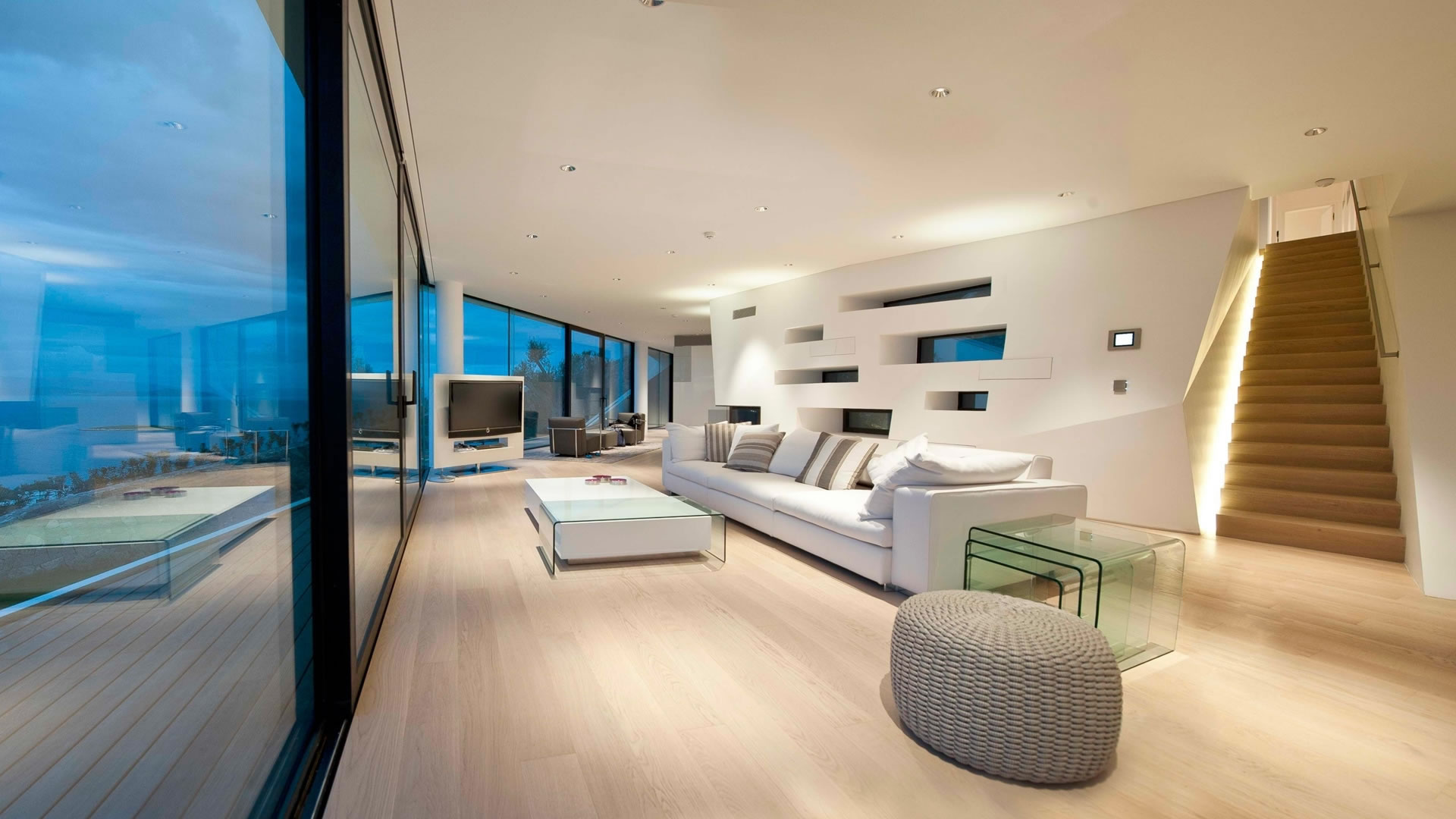 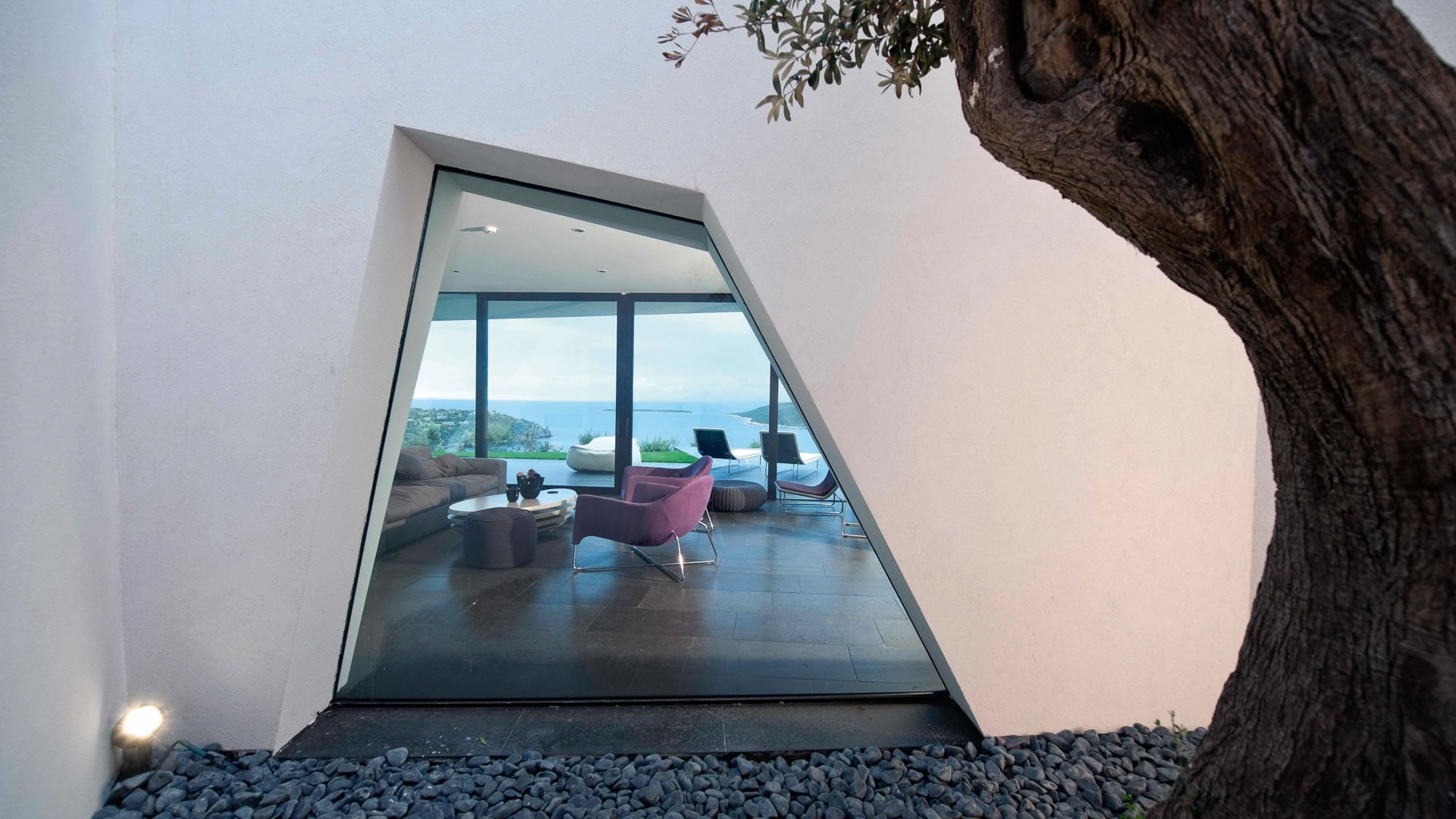 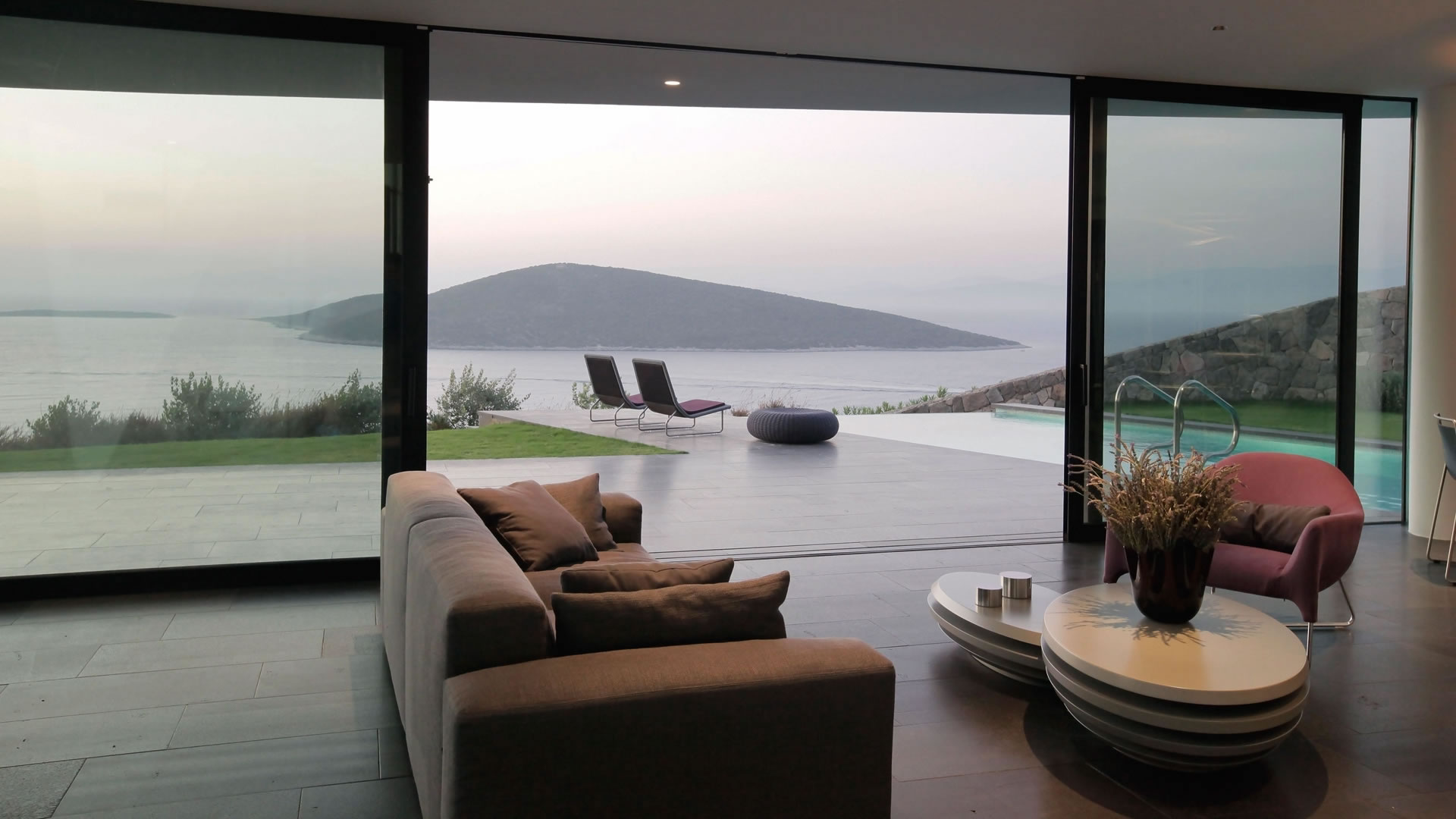 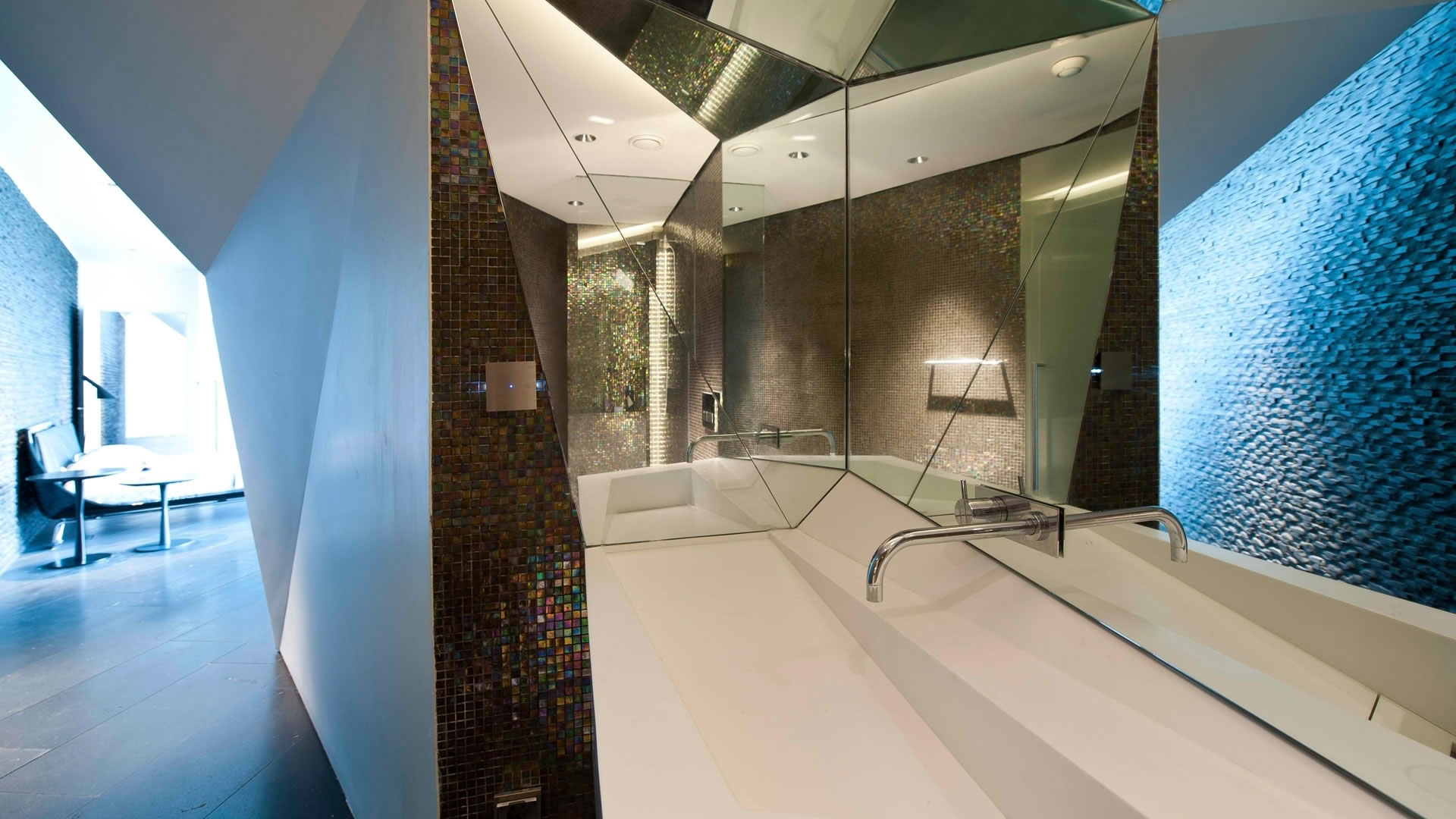 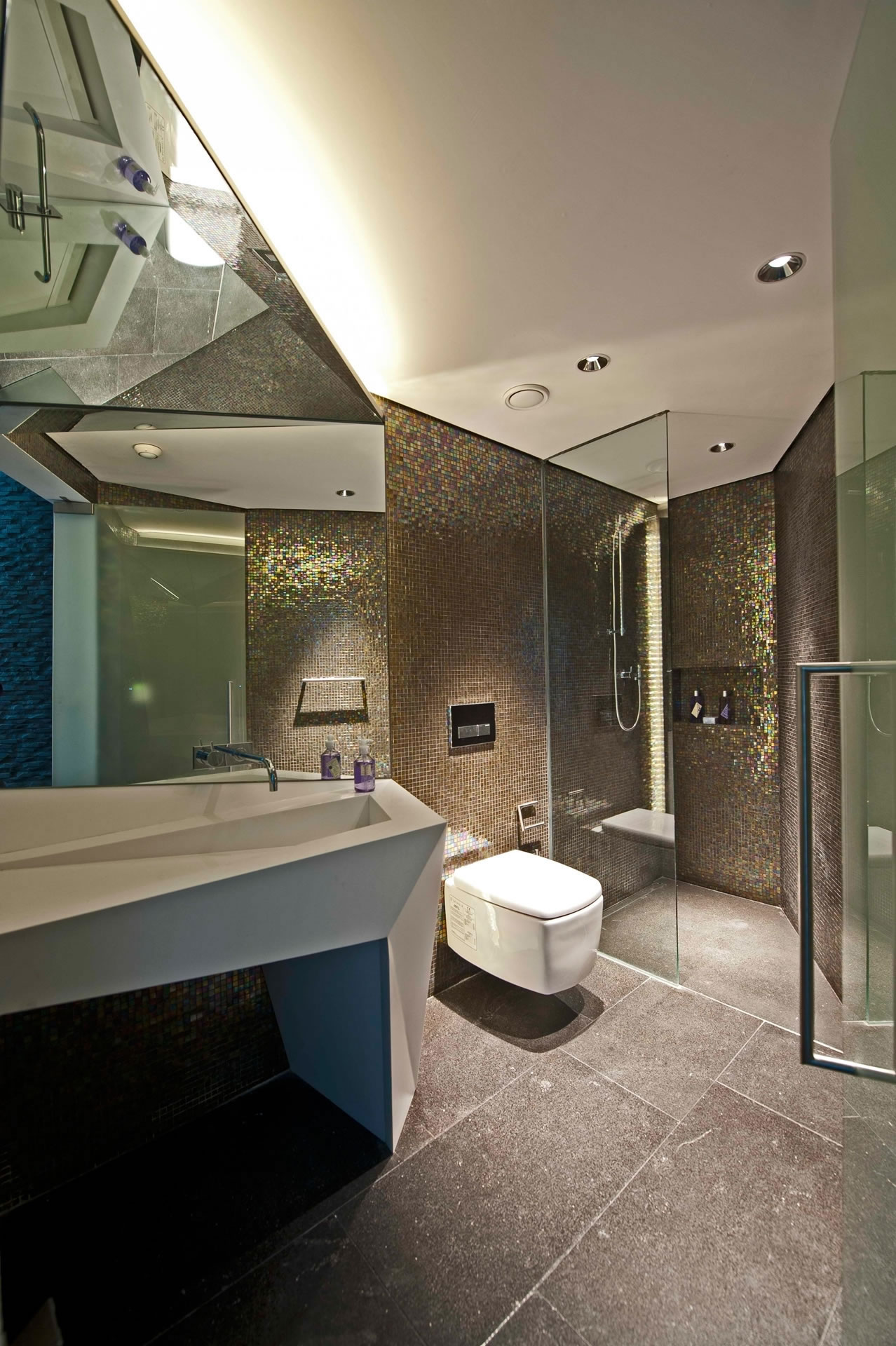 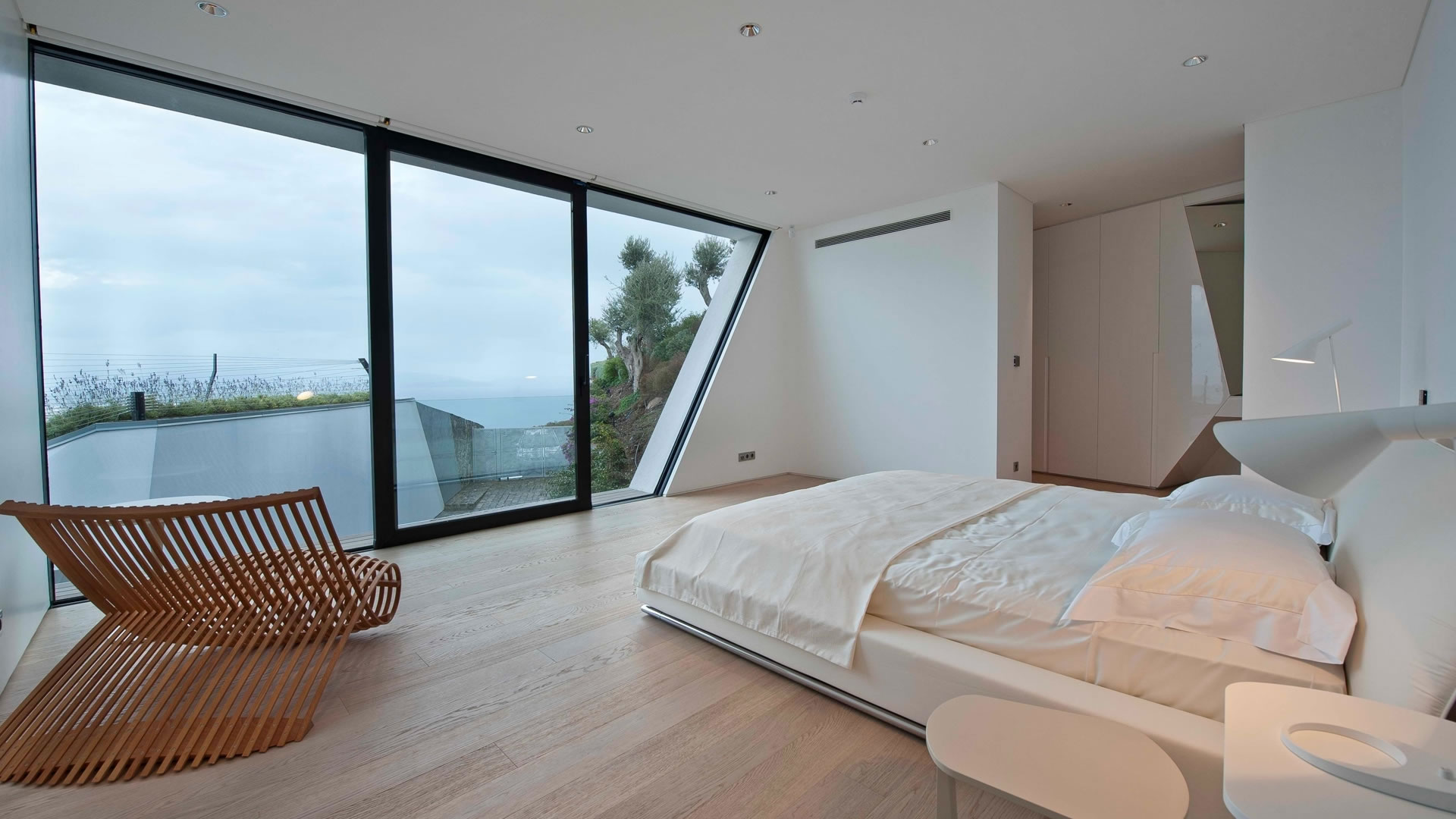 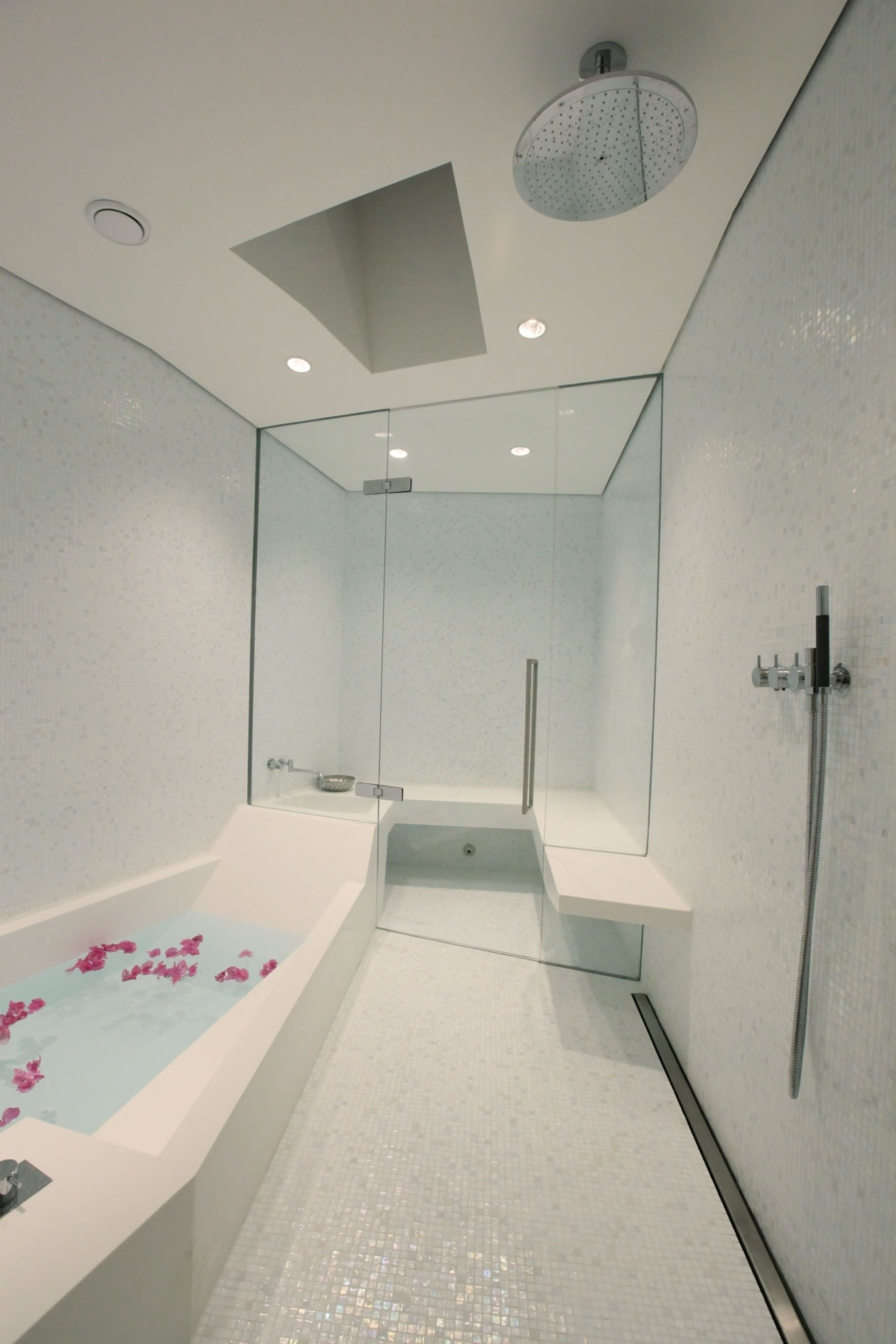 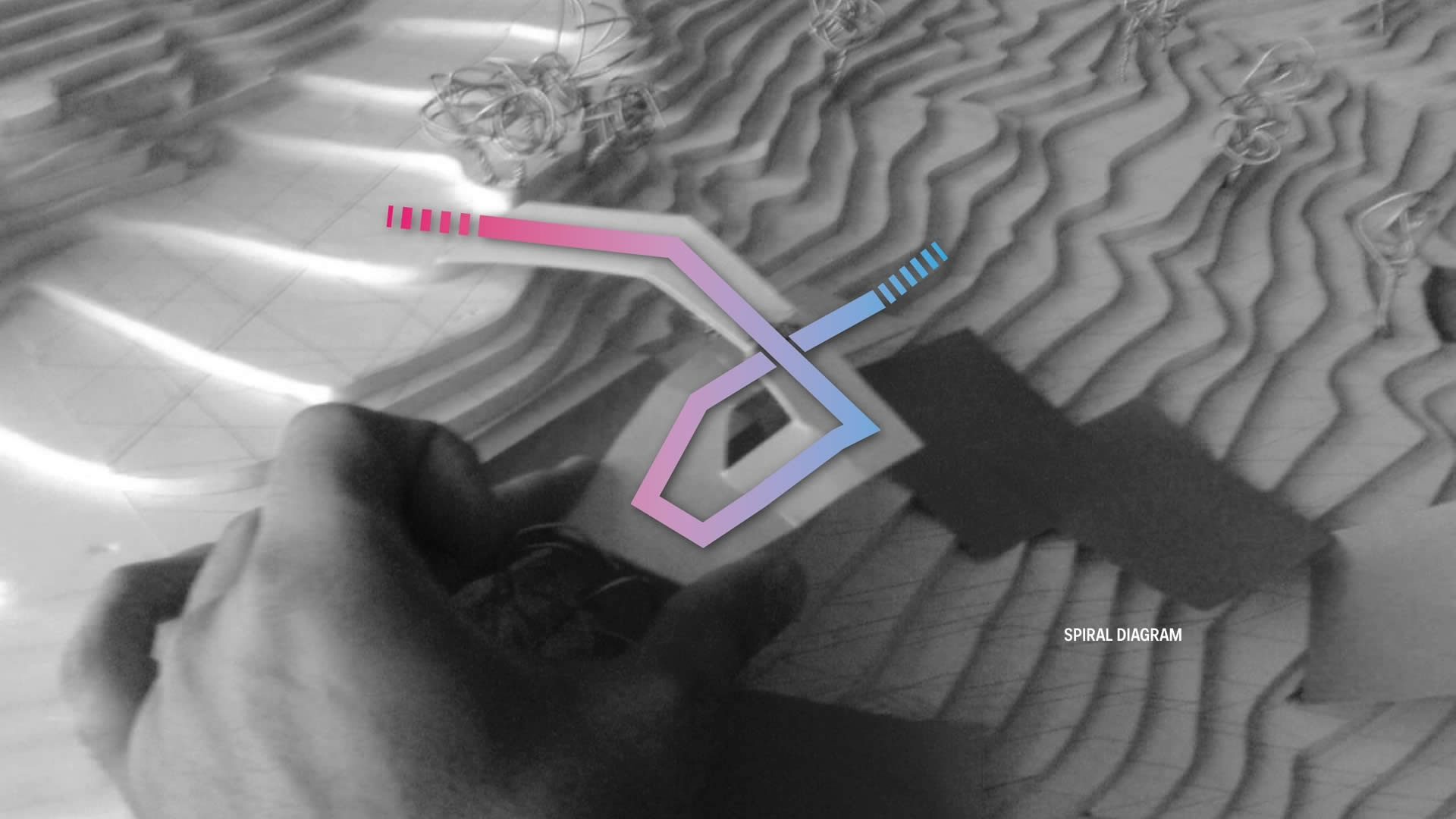 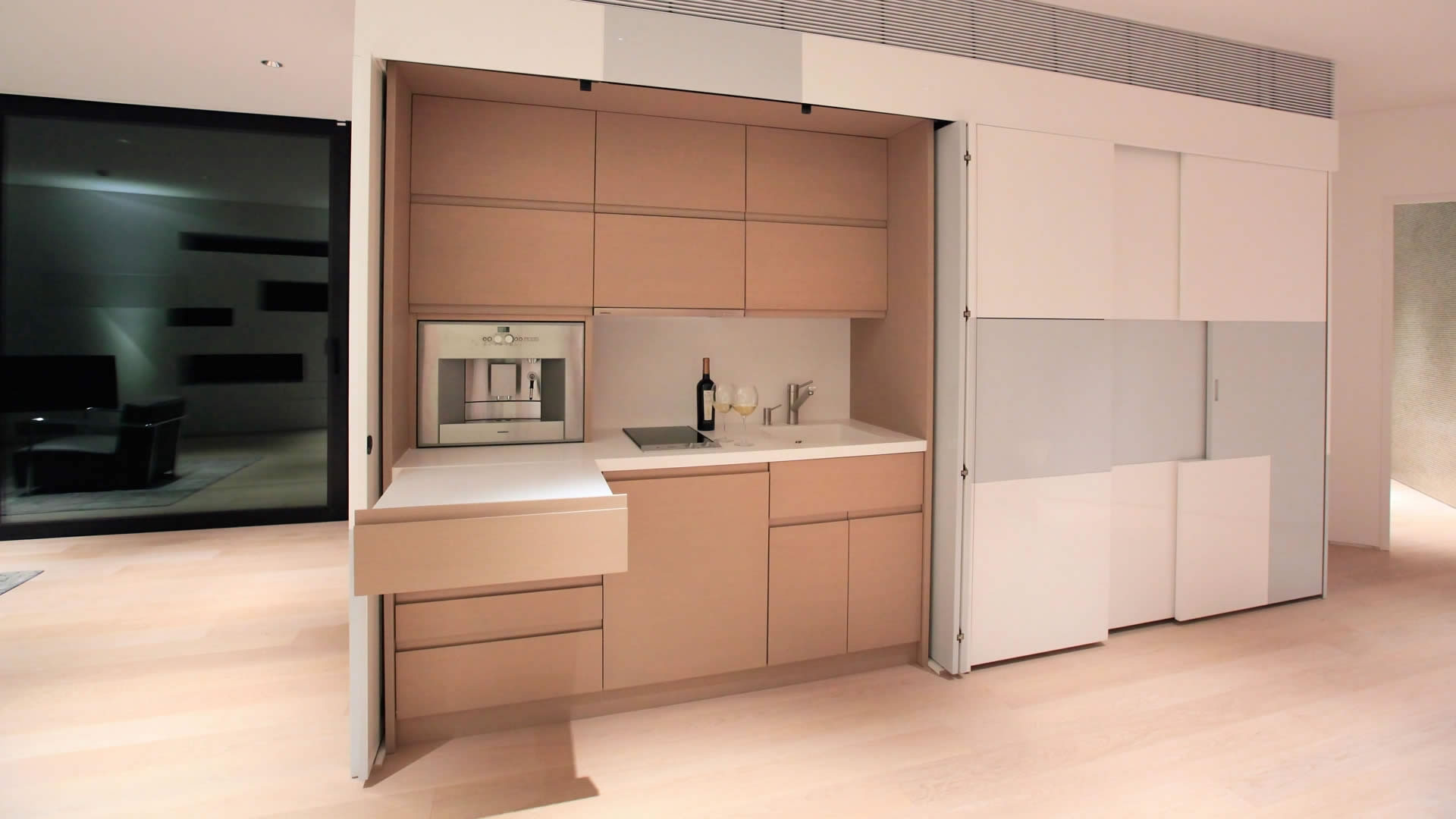 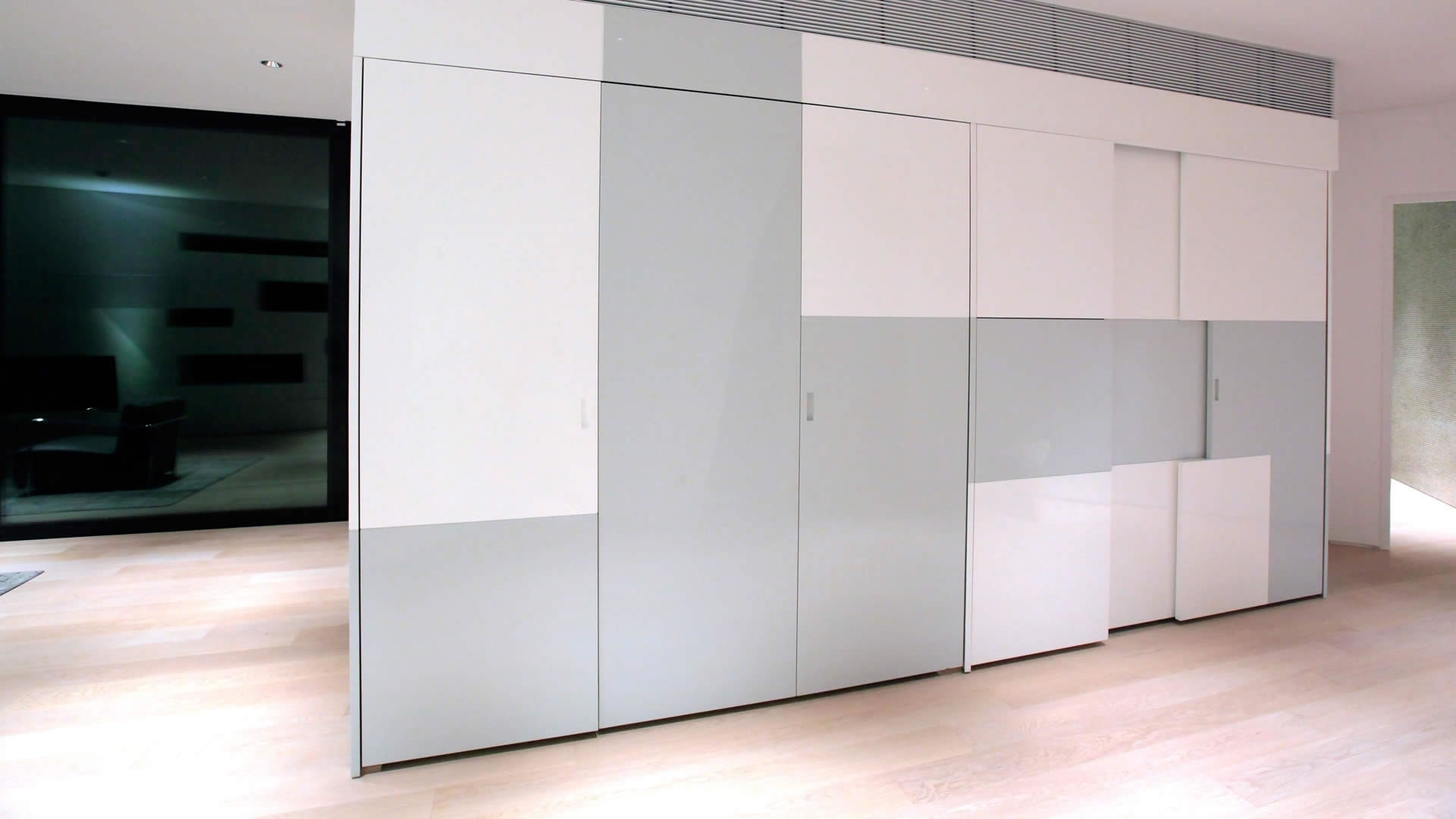 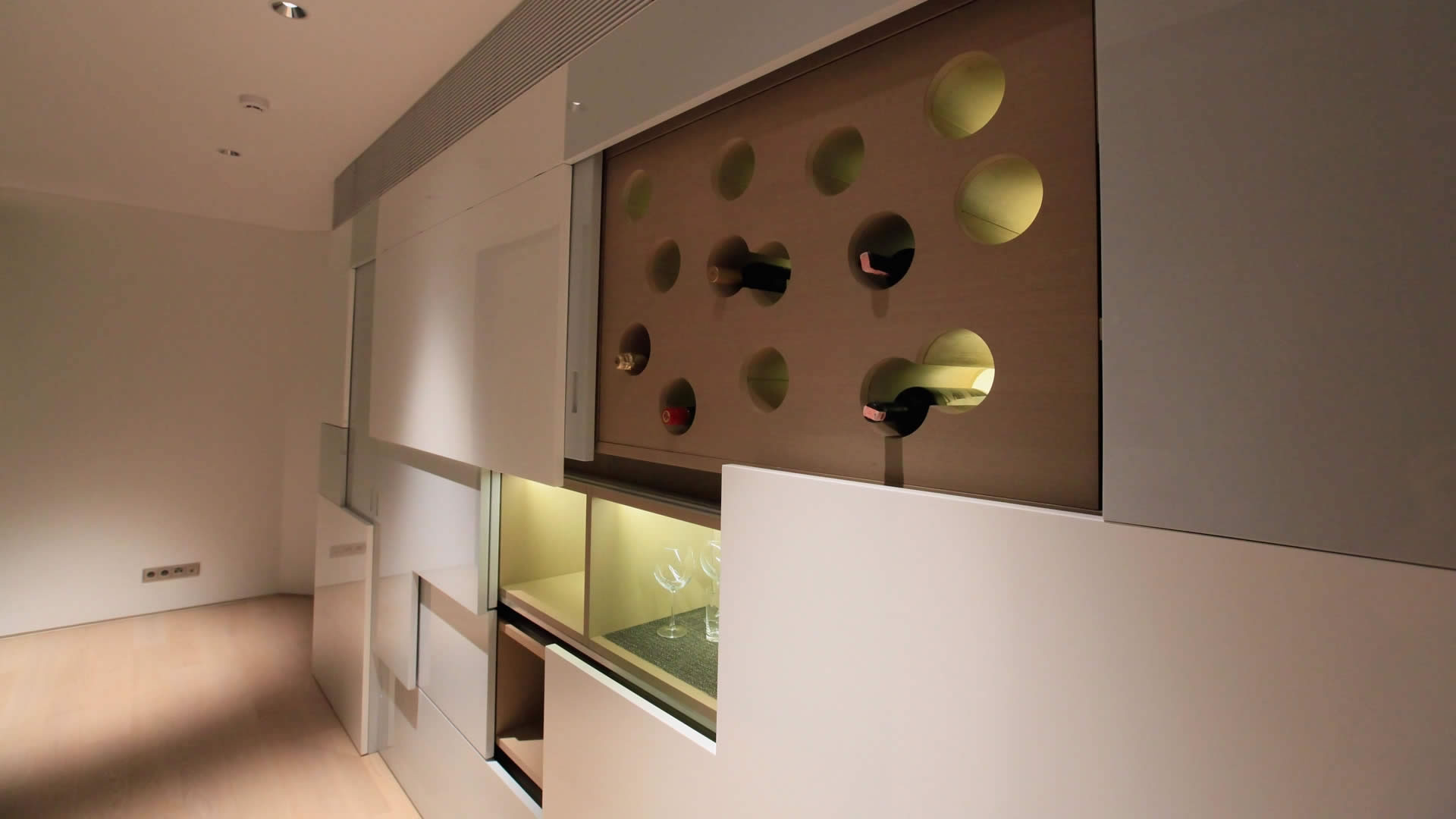 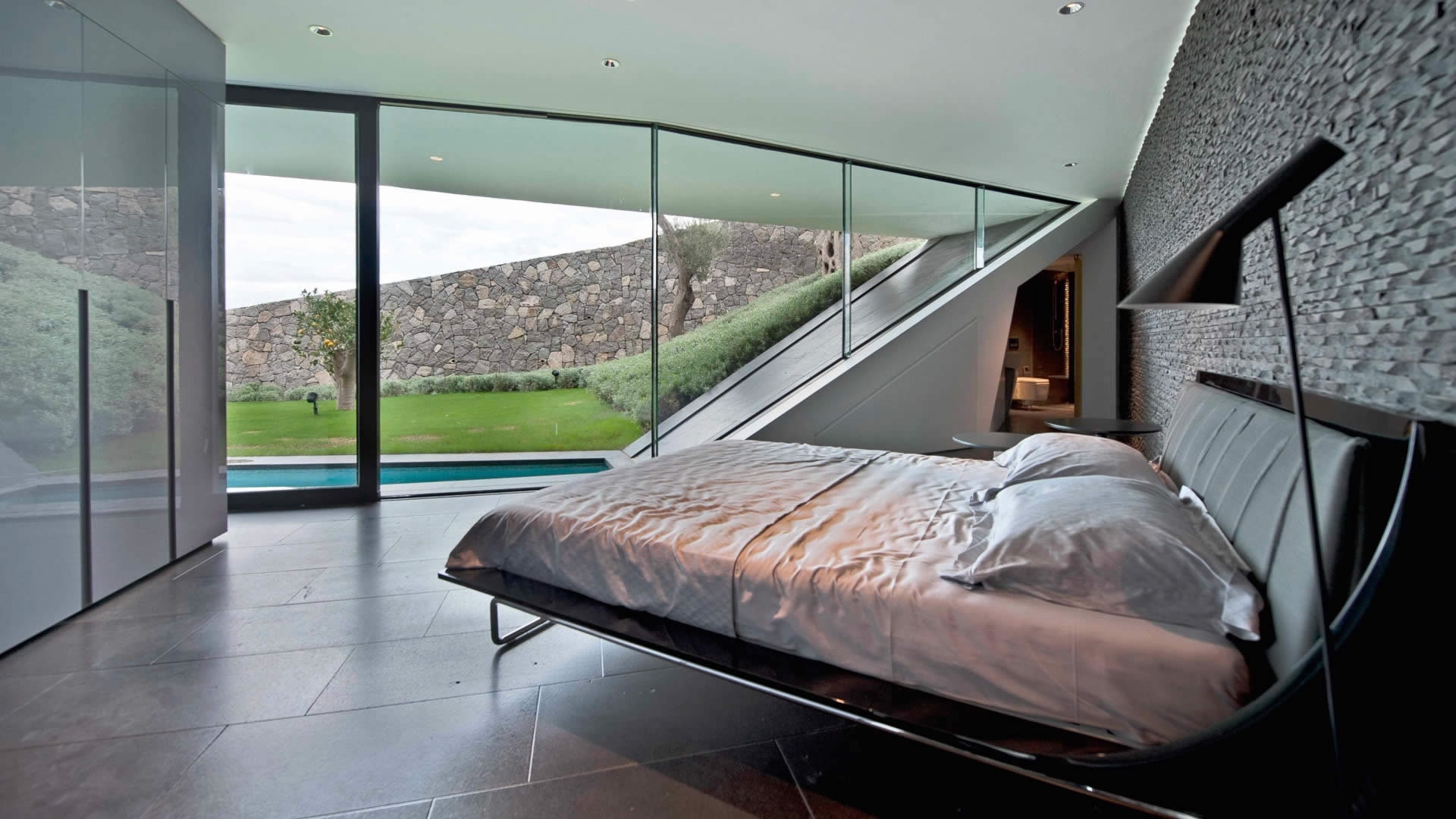 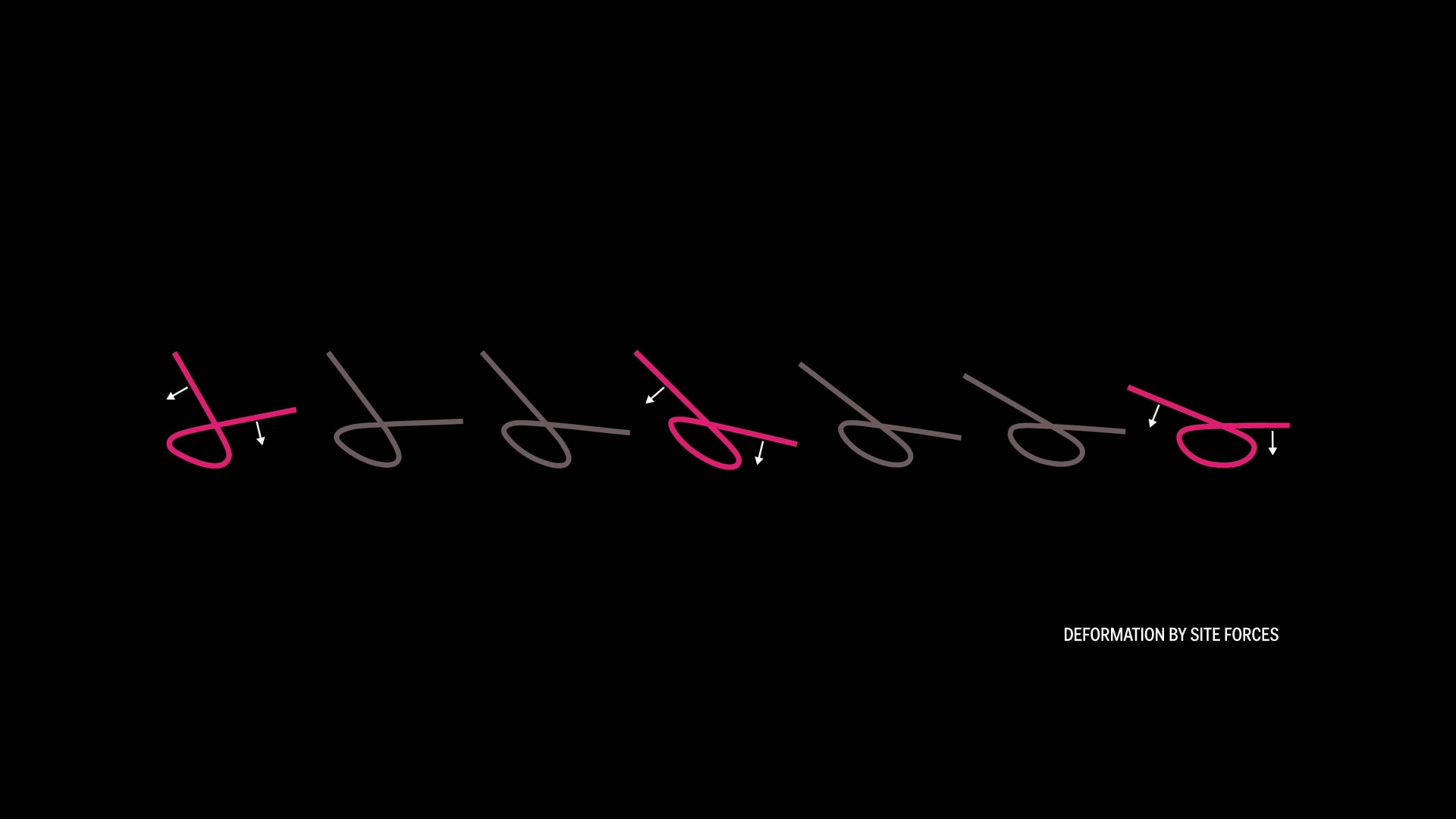 ‘Architecture as The Extension of Topography’.

Hebil 157 Houses is a manifestation of this idea. Located in the North of Bodrum Peninsula, five unique villas are spread over five acres overlooking the tranquil panorama of Hebil Bay. Influenced by the site forces, size, geometry and orientation of the villas vary. All equally benefit from vast and wonderful views of the bay as they interact with the surrounding Aegean Landscape, and the Mediterranean Breeze.

The five villas are shaped and formed like the crystallized lava flows of the legendary Volcano Kos once located near the Hebil 157 site. Erupting out of the terrain dramatically, the vortexing “Bodrum White” masses merge back into the ground in tranquility, questioning the relationship between figure and ground.

Embracing the century old olive tree, the central courtyard acts as the origin of the centrifugal force in each building. The courtyard forming the heart of the building and the center of the vortex is a highly sculpted and articulated space. Its envelope hosts a fireplace, storage and interface units as well as providing cross ventilation throughout the building, thus reducing energy consumption for cooling.

Large glass surfaces bring the Mediterranean landscape inside, blurring the division between inside and outside.

The influence of the volcano is experienced both in materiality and spatial organization. The spaces are fluidly connected, rejecting compartmentalization.

No stone other than volcanic basalt has been used in the interior spaces. For the external spaces, local volcanic agglomerate, the output of in-situ excavations has been used extensively.

The project investigates the rich relationship between the dynamics and complex forces of nature, which transforms into a relaxing therapeutic environment, ornamented with ten thousand lavenders.