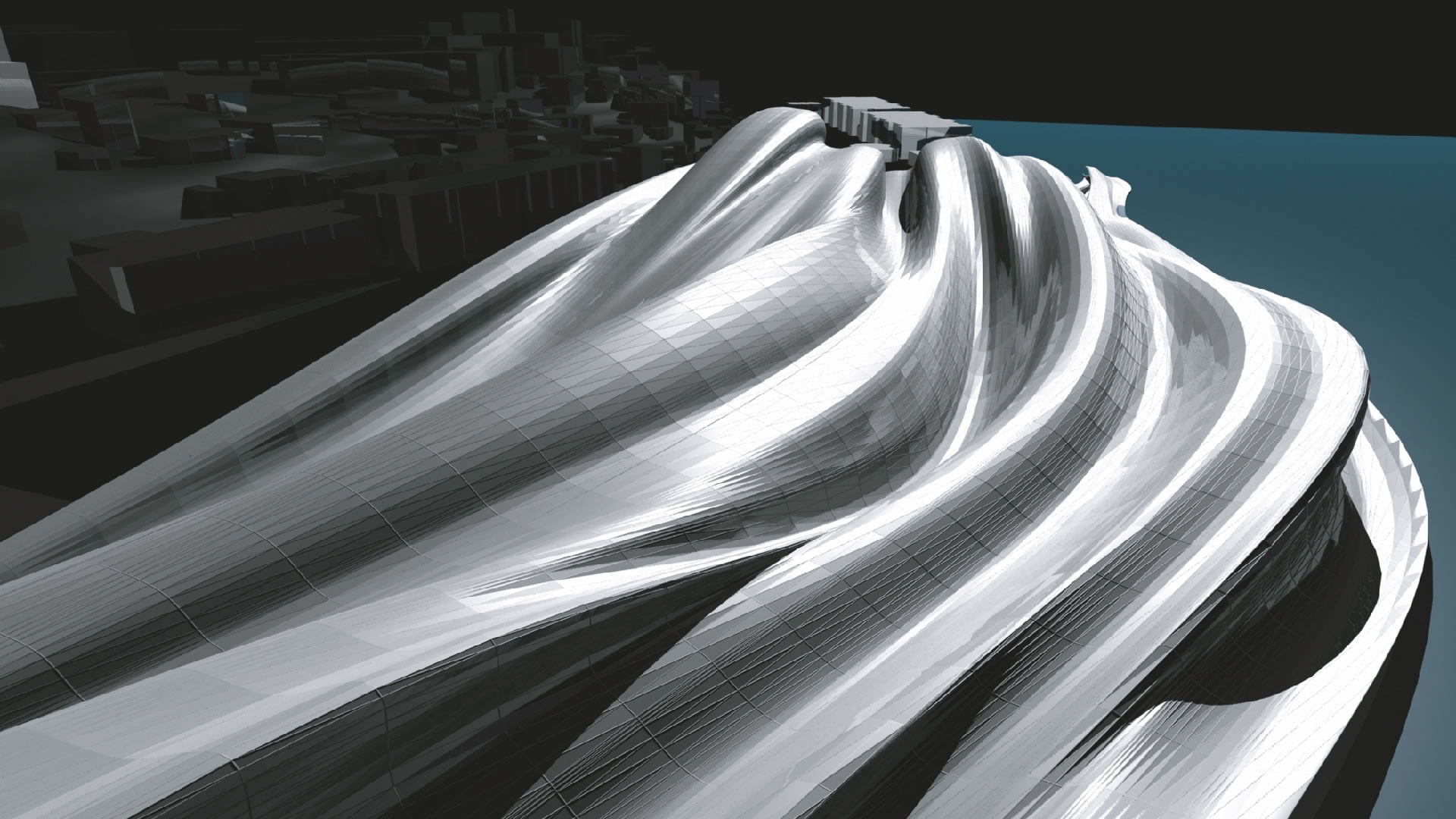 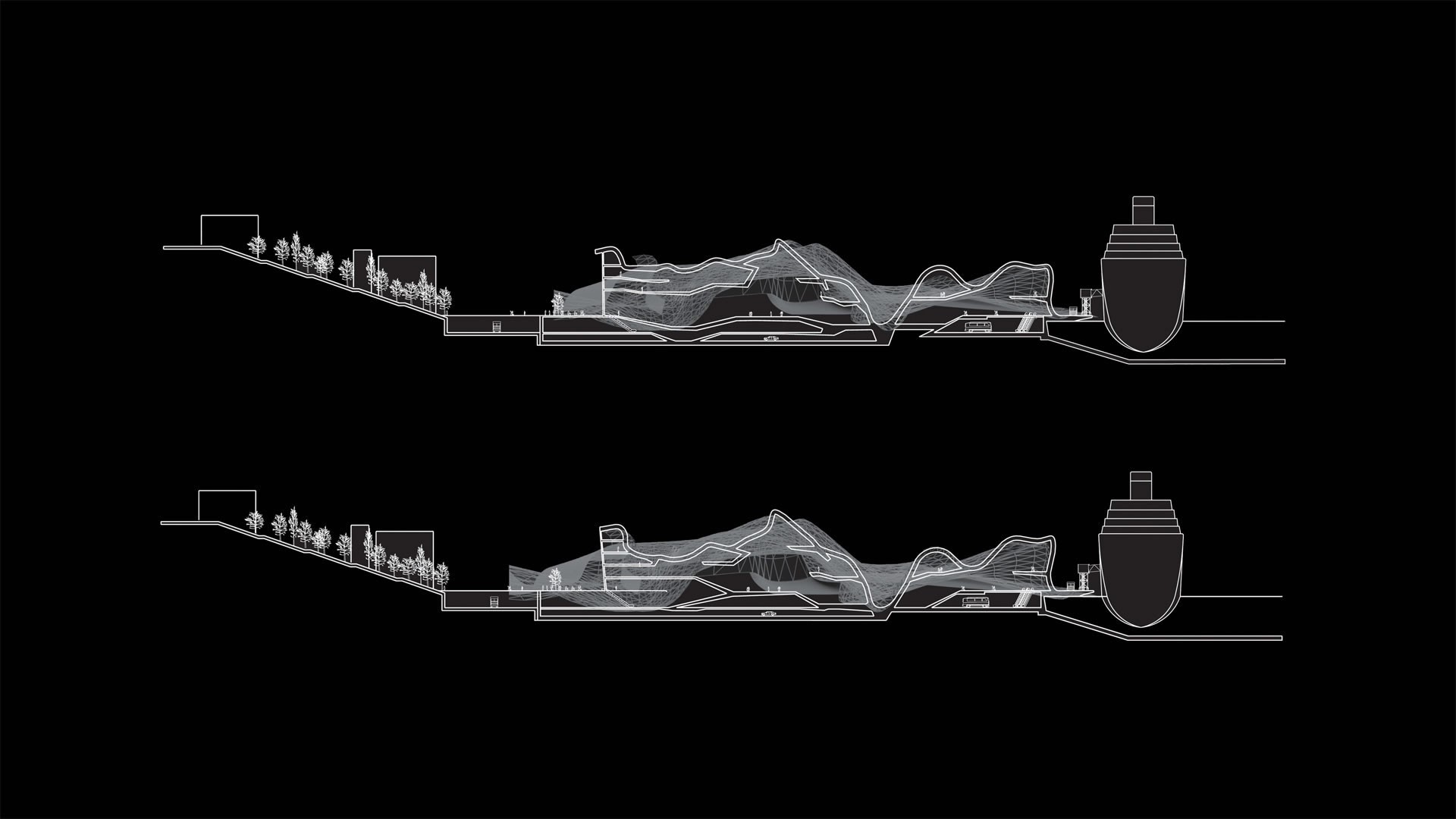 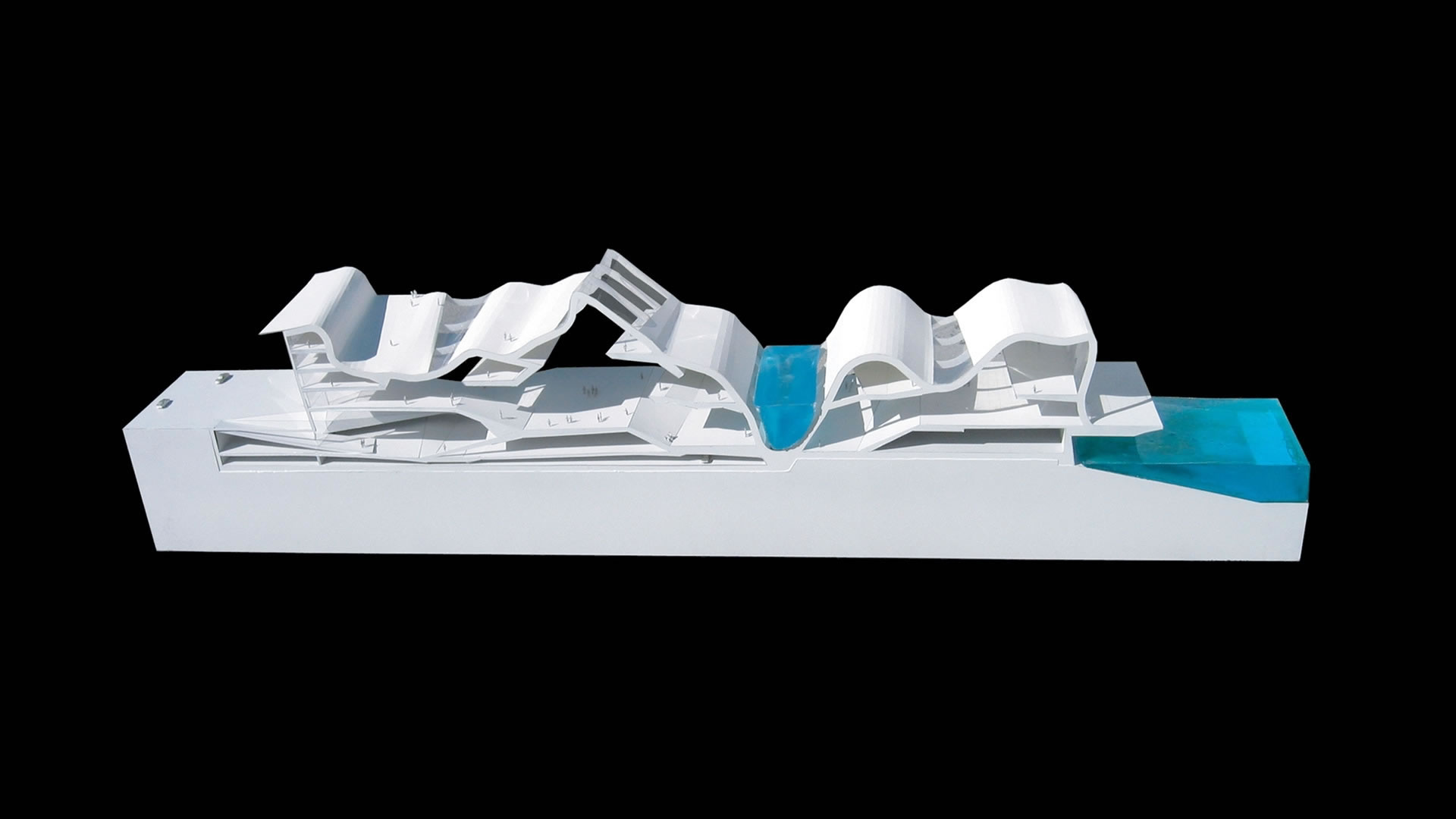 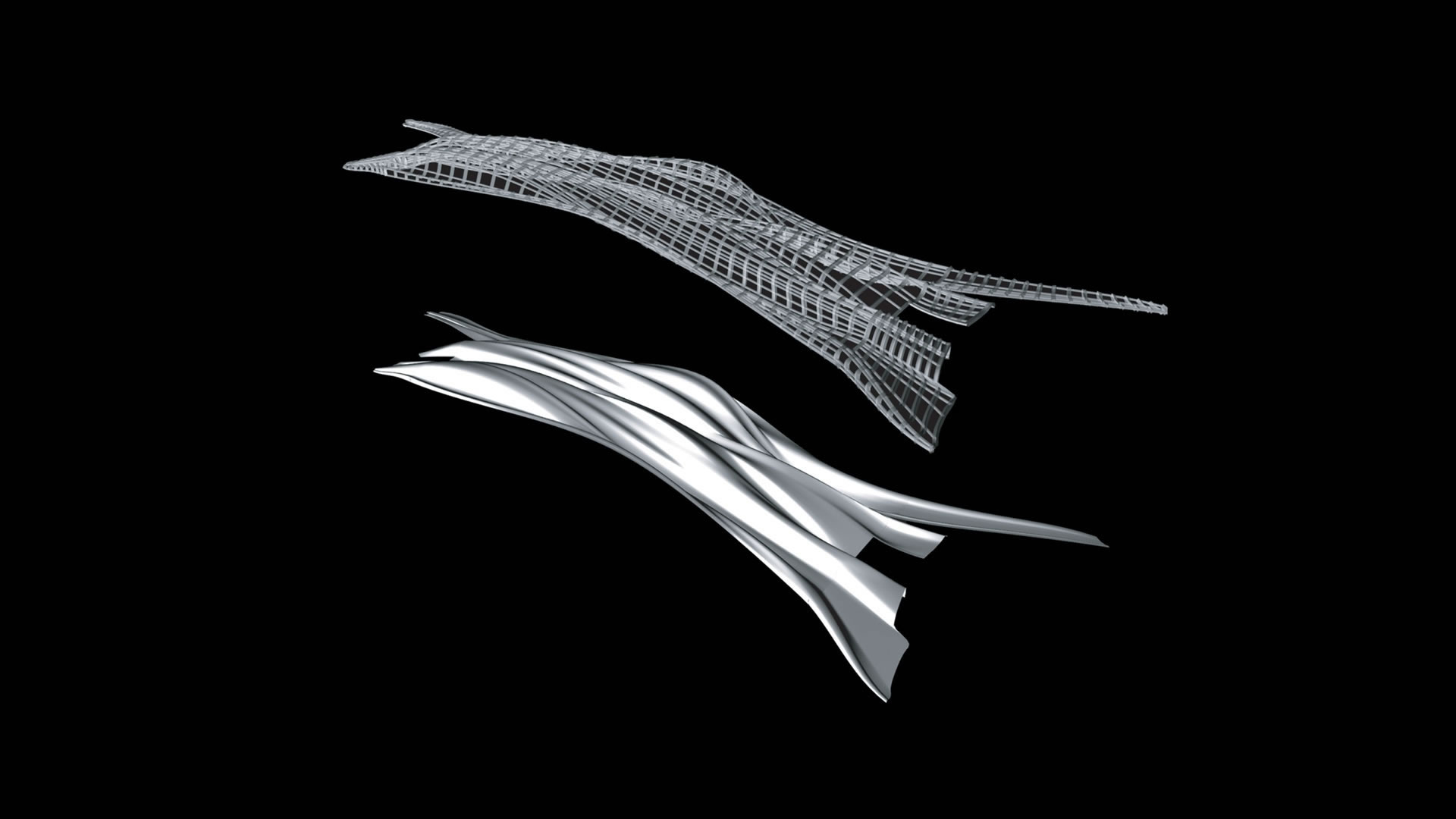 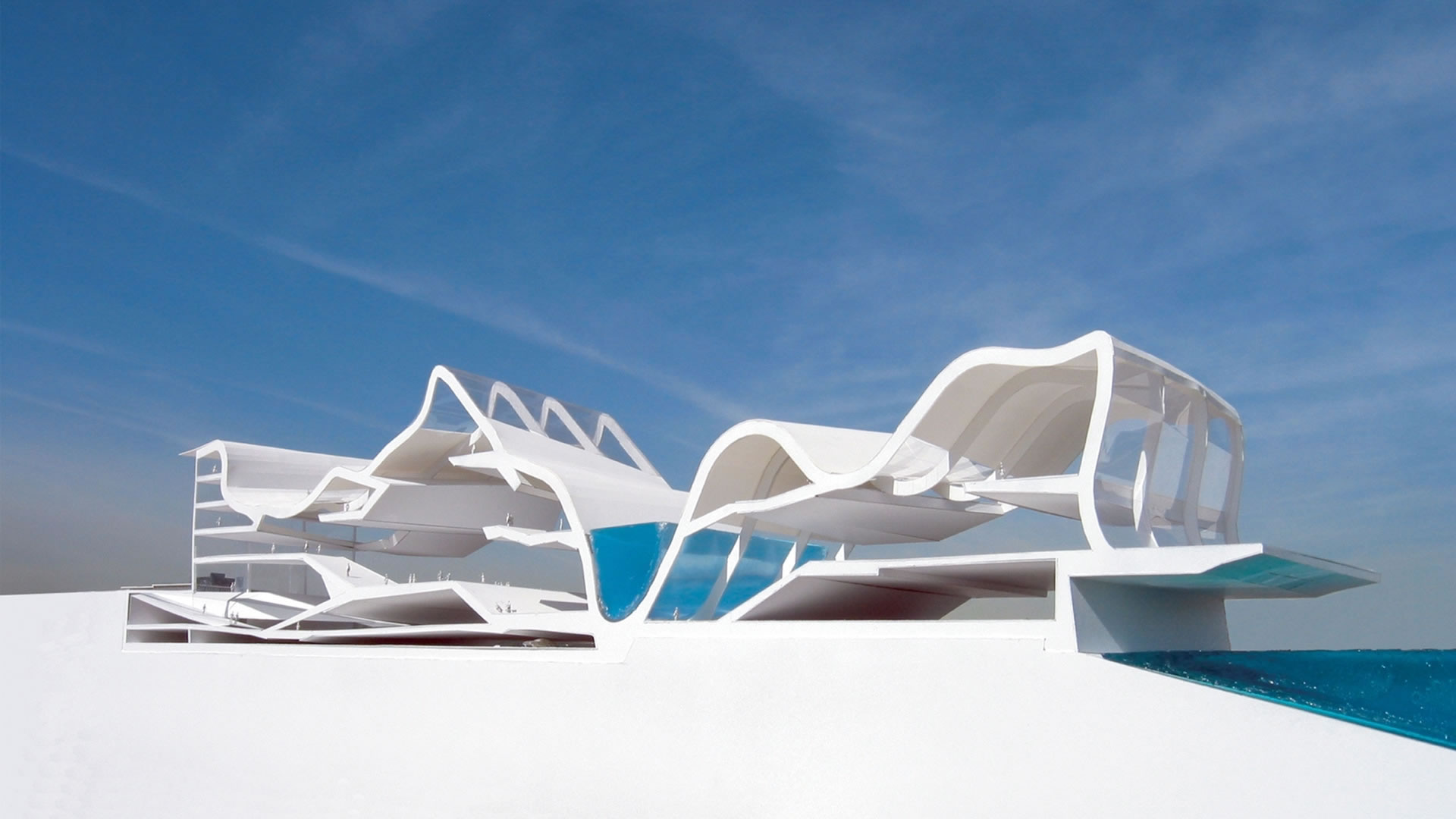 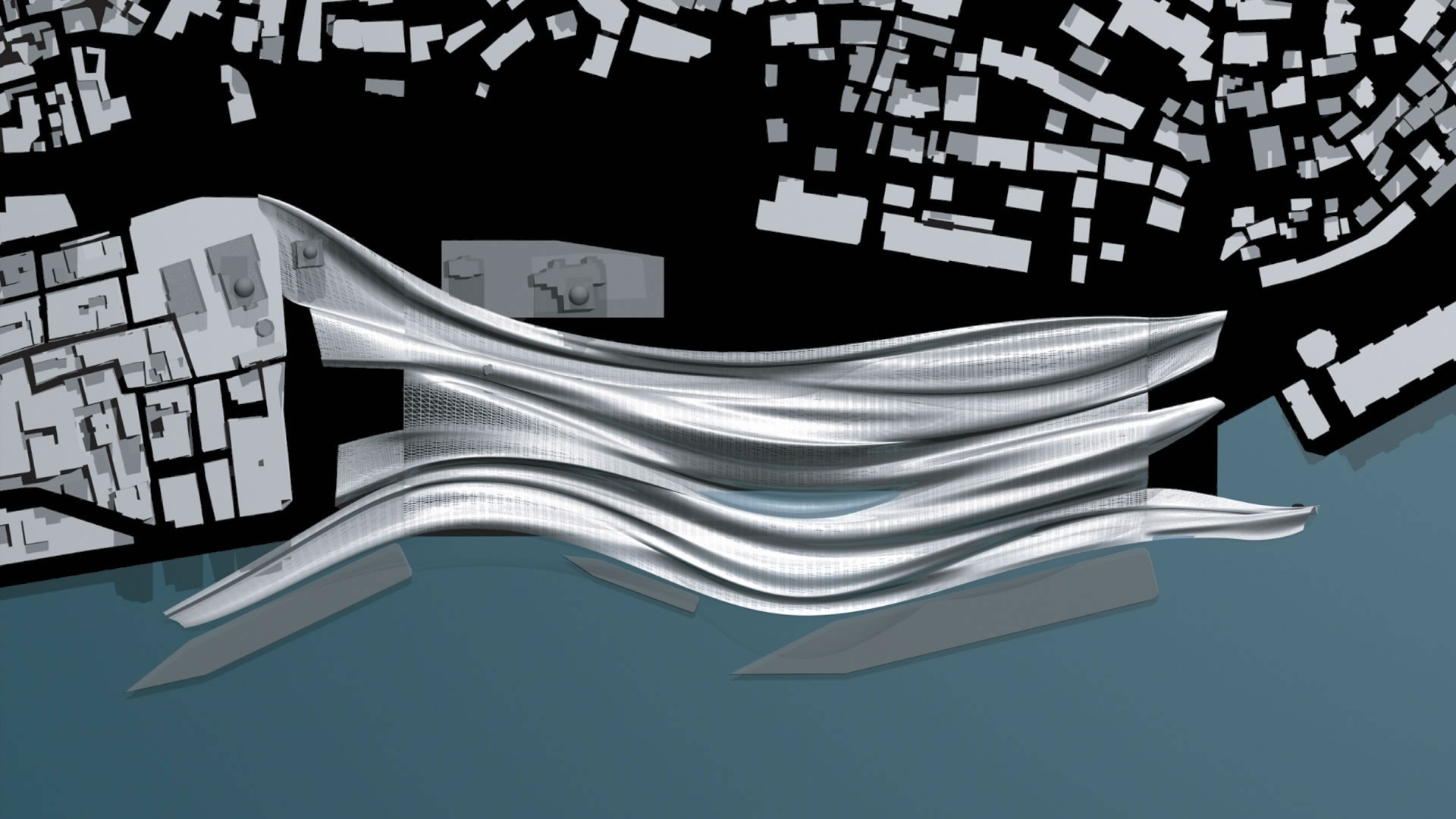 This mixed-use project for a new port renders space and building dynamic, mobile, and active to produce a multiplicity of urban events. The terminal operates both visually and functionally as smooth transition between the land and the sea. The building symbolizes a dynamic relationship between the city and the water. The concept is to link these two sides and allow the port terminal to be the transition from one to the other.The gesture of the pleated surface resembles the waves and the currents of Bosphorus. The outer pleats and interior circulation are connected thus allowing pedestrian occupation of both inside and outside. Programmatically the pleated surfaces act as a field to suggest complex interactive events unfolding in time. The most dramatic concave region of the surface becomes a large aquarium that serves both as a zone separator and a visual connector between the duty free area and the public zone. There are other zones of concavity that are used as shallow water pools to give continuity of the water at different levels of the building.