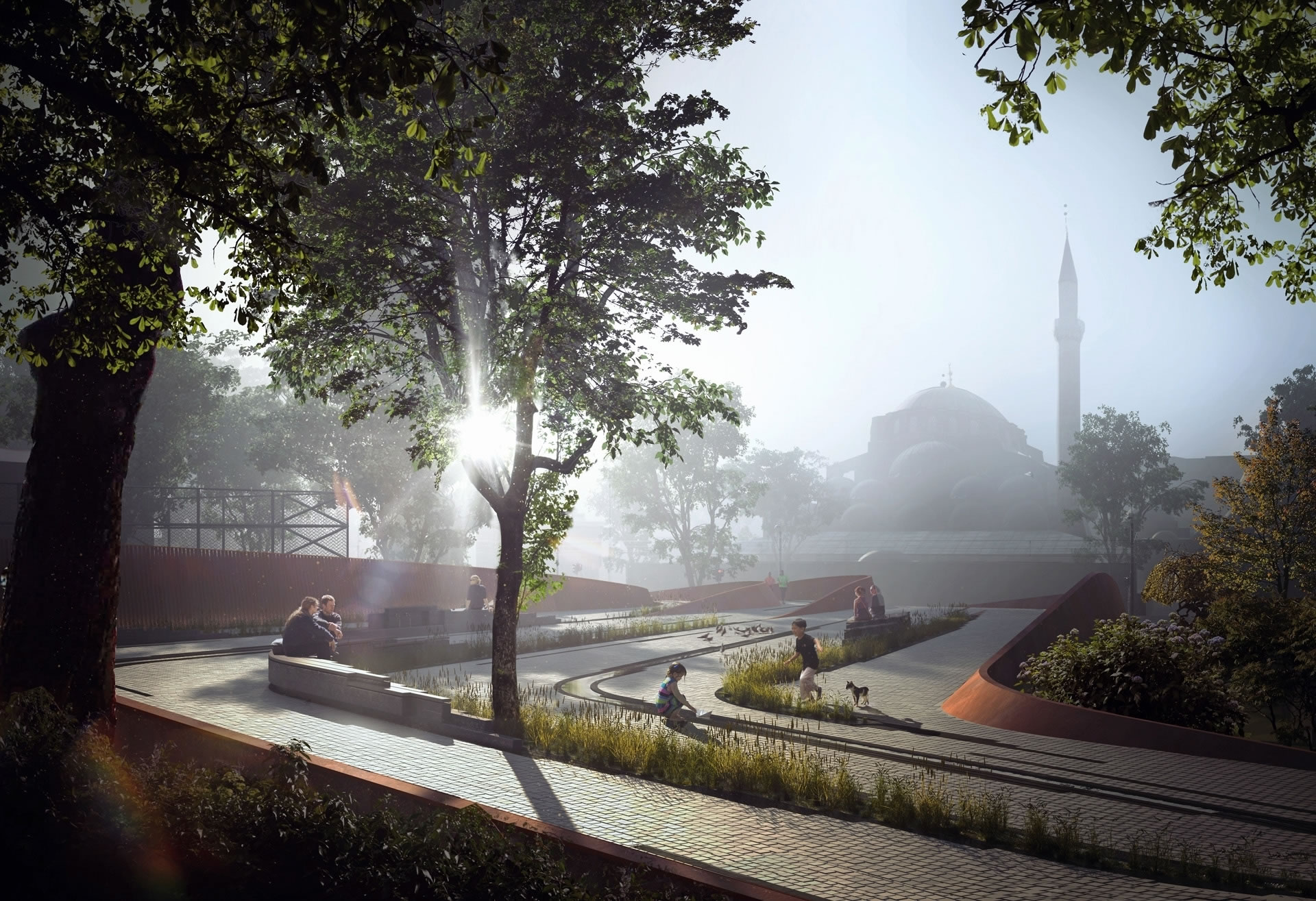 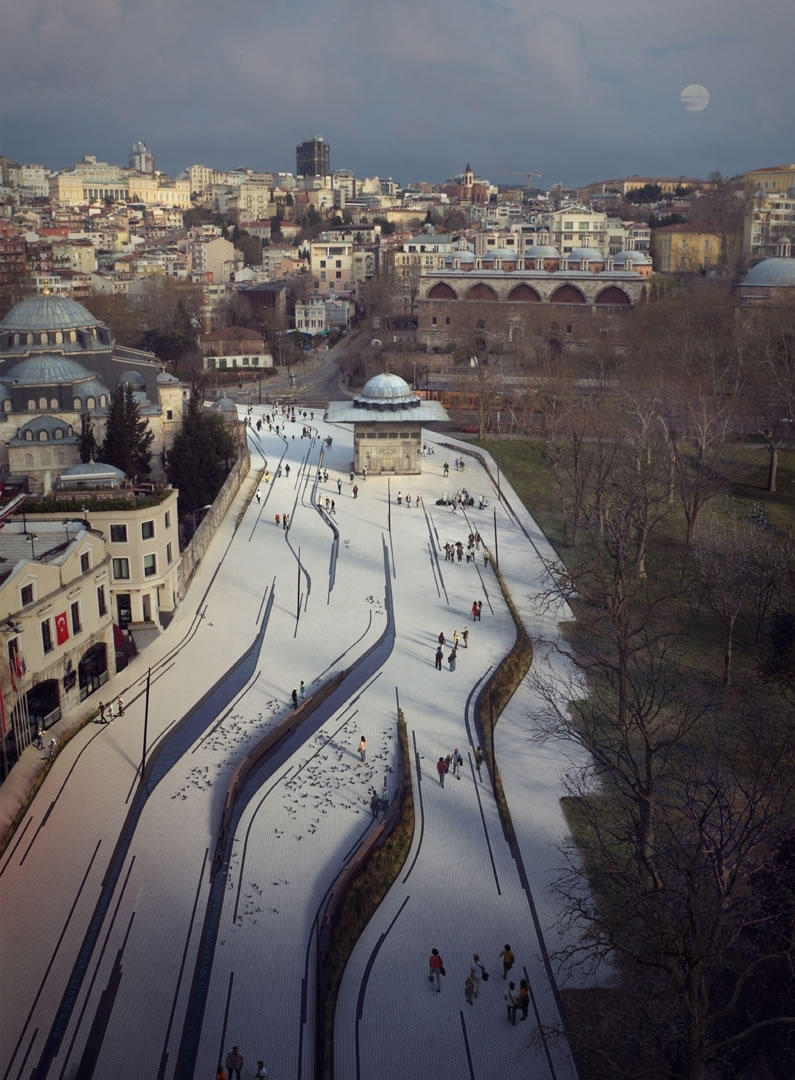 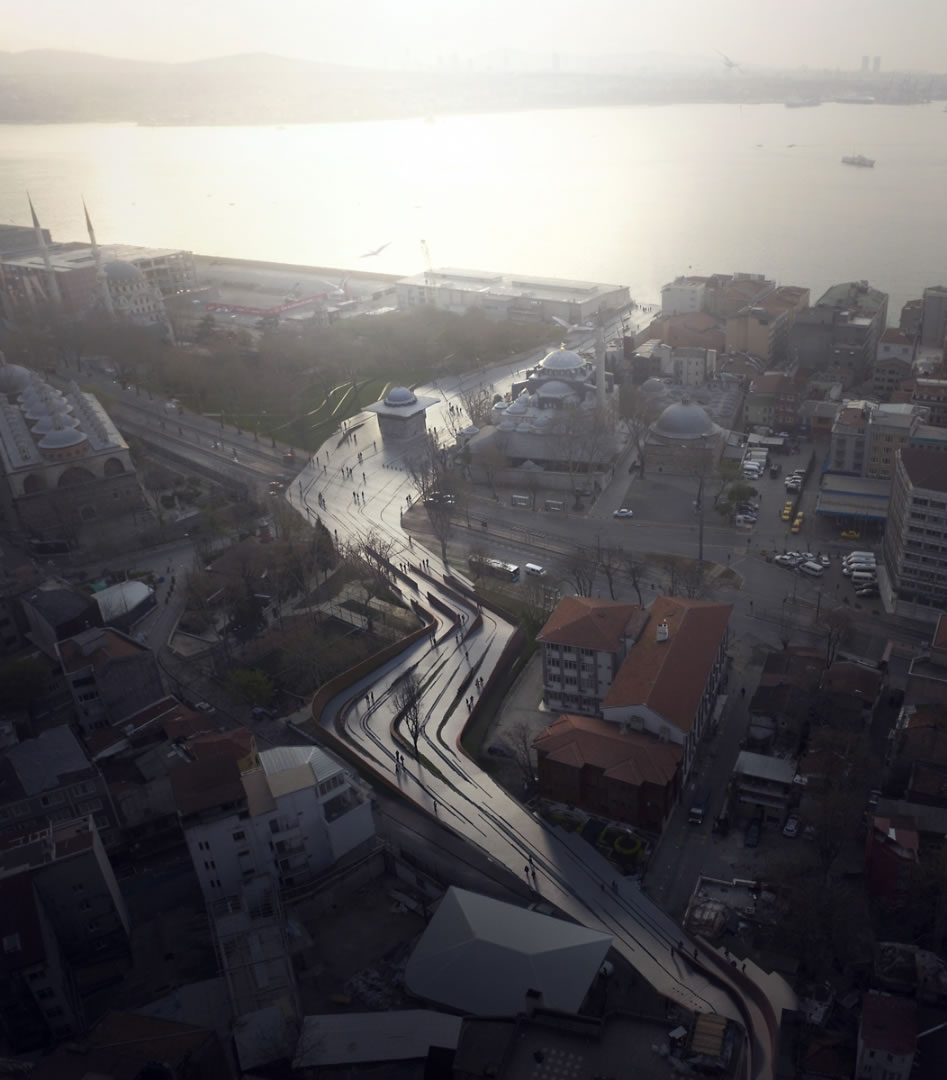 The Conquest Route of Istanbul does not represent an absolute route or a trace. Rather than opening an academical debate about the route’s exact coordinates, it aims to unveil the urban cultural memory, historical layers, and its possible traces. The project focuses on spatial and urban problems at the urban and human scale. By presenting the public how Mehmed the Conqueror made the impossible possible with his genius strategical creativity, our intention is to revive the Route of Conquest and make it an inspirational experience for the future generations.

Mehmed the Conqueror hauled 71 galleys of Ottoman Navy from Tophane to Golden Horn. The galleys were hauled through a steep hill of 65 meters between the two coasts. For this reason, these two areas where the route meets the water become very important for the project.

In nature, best examples for such phenomena where linear scratches or gouges cut into the earth are glacial striations.

The linear traces and scratches on the topography, as in a glacial striation, marks back the struggle, galleys, movement and dynamism of the act of conquest into the urban fabric. Subdued and two dimensional at the start of the route, these traces turn into strongly emphasized three dimensional formations at the end of the route, ascending and referencing to the seven hills of Istanbul.