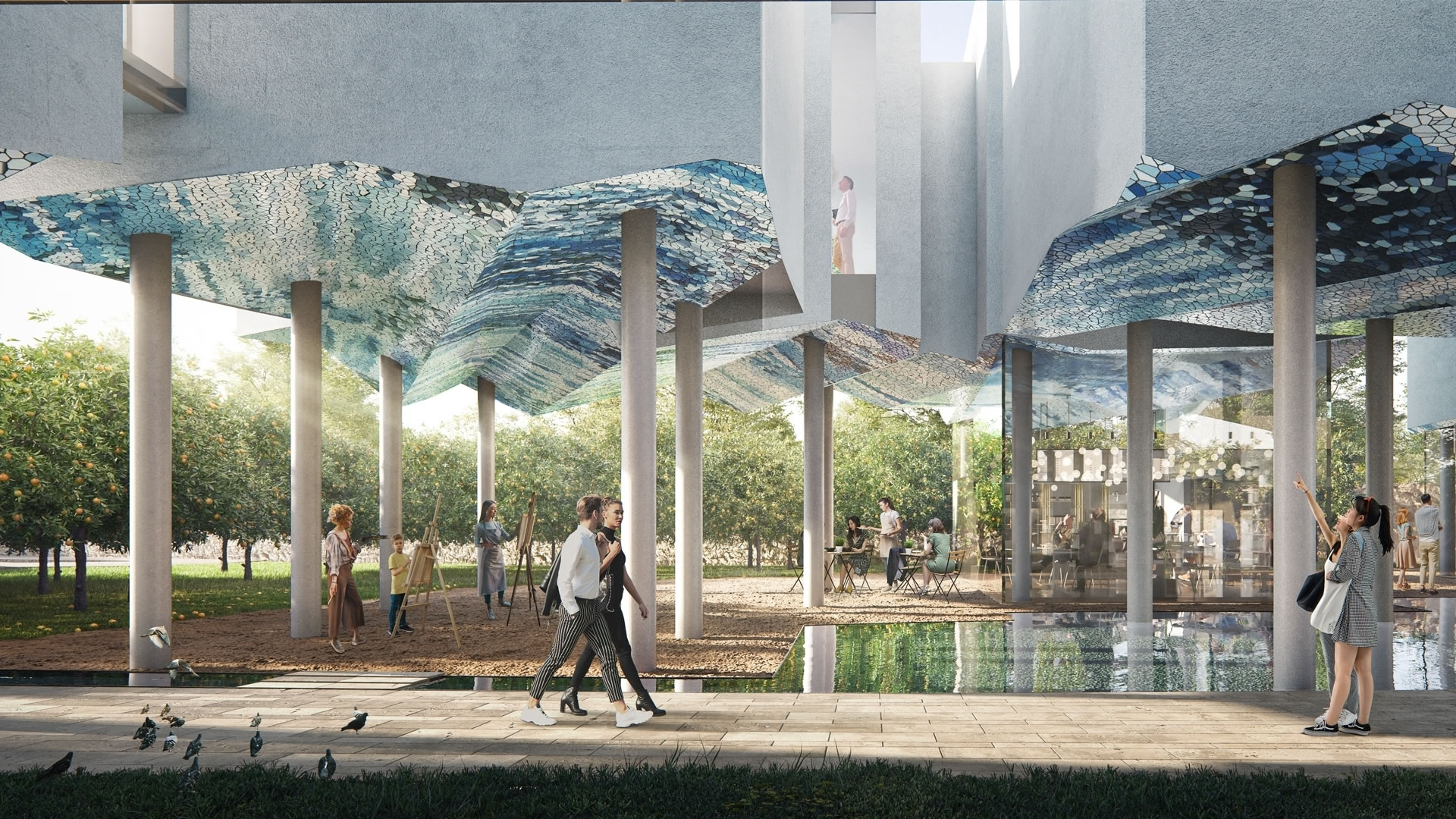 The project is for one of the most influential contemporary Turkish artist whose work varies from oil paintings, mosaics to stained glass.
The museum is situated in a beautiful garden full of tangerine trees including the artist’s studio in Ortakent in the city of Bodrum, an ancient fishing village, set against the blue waters of the Aegean Sea, also was famous for housing the Mausoleum, one of the seven wonders of the ancient world. The artist’s work can be defined in four different themes: The City, The Tree, The Rhythmic Vibrations and The Doubles. The goal is to intertwine the artist’s mental site with the physicality of the site.
From among the various typological models for museums, we have chosen one that is the sum of many parts – individual galleries – just like a piece of the city fabric full of white washed stucco homes of Bodrum in contrast to a single monolithic structure.
The galleries stand on separate supports, making room for all those who come to visit the museum and the garden to enjoy its cool shady atmosphere and such amenities as a temporary exhibition space, workshop space, a cafe, and a bookshop, turning it into a new meeting place in Bodrum. The floating permanent galleries are arranged in a loop starting and ending in the museum spiral that connects to the garden level.
This new condition creates a hybrid space neither a building nor a garden, something in between. The mosaic ceiling over this hybrid space becomes the main facade rhythmically vibrating above the garden acting as a surprise for the visitors.
Like a branching tree, the lifted structure creates a roof that frames the public square. The fragmented structure is organized in a grid that is aligned with the tangerine trees and the artist’s studio.